The second instalment of collaboration gigs between XS Noize and Tin Man Heart brings a stellar line up of acts to Belfast. This time we’re focusing on singer/songwriters and hosting an evening of stripped-back acoustic sets. Aaron Shanley, Taylor Johnson (Brand New Friend), Jaxson and I Am Muir will play the Sunflower Bar on 22 November.

Returning from a hiatus after his 2017 album Metal Alligator Aaron Shanley plays his first Belfast show in more than a year. The award-winning songwriter has shared stages with Hozier, Foy Vance and the Divine Comedy and has had his music featured in TV and film. Shanley’s precocious songwriting and enthralling delivery make every live performance an unforgettable experience, and with new music promised in 2020, this show marks the start of a busy few months for him.

Taylor Johnson is more often found bounding around stages fronting indie rockers Brand New Friend. Their seemingly limitless energy has seen them play festivals across the UK and Ireland, supporting Snow Patrol and Seán McGowan among others. For one night only, Taylor travels light and treats us to a solo acoustic set of handpicked songs from his repertoire.

JaXson is the brainchild of Wexford singer-songwriter Luke Jackson. Luke has been slowly climbing the ladder ever since he began playing under the moniker, JaXson, in January 2017. Some of his highlights include playing Vantastival 2018 & 2019, Indiependence 2019, Sofar Sounds in Dublin, supporting Little Hours in Waterford and landing a slot on the RTÉ 2FM Play The Picnic Stage at Electric Picnic. He’s also shared bills with Paddy Casey, Hudson Taylor, and Adam French. This will be his first performance in Belfast.

Opening the night is I Am Muir. The musical alter ego of Brénna Goff, I Am Muir has already been picking up accolades with sets at the Stendhal and Our Back Yard festivals in 2019. Layered synth tracks form the base from which her vocal melodies and lyrics take off. Still early in her career but already boasting a wonderfully developed sound, I Am Muir will be worth watching through 2020. 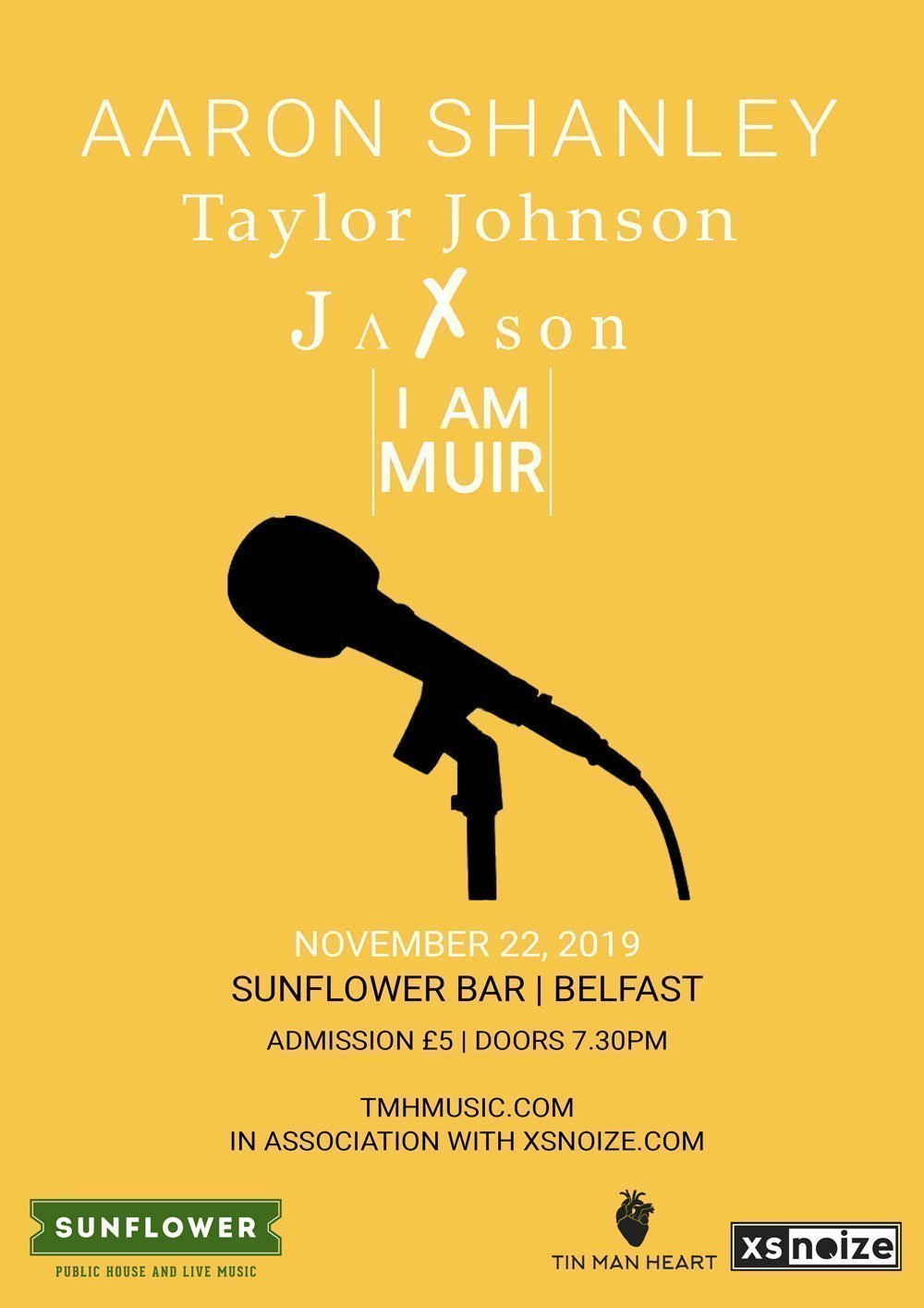 Following their busiest year to date, Brand New Friend continue onwards and upwards with a new single and massive UK tour. ‘I Was An Astronaut’ is released out today and is backed with brand new […]

Brand New Friend break into 2020 in style with the release of brand new EP: ‘A Cure For Living’ and the announcement of their biggest Belfast headline show to date at Voodoo on Saturday 14th […]

Sonja Sleator has established herself as one of Northern Ireland’s most recognisable singer/songwriters. Her story-driven songs are making her one to watch in the Irish music scene and have led to appearances on local radio, […]