24 Songs sees David Gedge writing with legendary Sleeper guitarist Jon Stewart for the first time, and a more perfect union could not have been predicted. The first release includes a gorgeous duet featuring David and Louise Wener [also from Sleeper] on 'We Should Be Together', and it's coupled with a rousing new track called 'Don't Give Up Without A Fight' which combines classic Wedding Present feistiness with a Krautrock finale.

The notion of a monthly 7" single is not new to The Wedding Present, but 24 Songs shows us that even classic concepts can be reinvented.

The series also continues the band's association with photographer Jessica McMillan, who has created stunning images and films as a visual accompaniment to the recordings.

Explaining 24 Songs, David Gedge said: "In 1991, The Wedding Present were rehearsing in a studio in Yorkshire when we hit upon an idea that immediately thrilled us all. Our bass player [Keith Gregory] had been a member of the 'Sub Pop Singles Club' - a service that allowed subscribers to receive 7" s released by that Seattle label on a monthly basis. Keith wondered if we, as a band, could attempt a similar thing. In that instant, The Wedding Present's Hit Parade series was born and, during 1992, we managed to release a brand new 7" single each and every month.

"The Hit Parade went on to become something of a significant milestone in the history of the band, and it's a project about which I'm often asked. As its thirtieth anniversary approached, I began to wonder if we should celebrate it in some way. A 'Hit Parade Part 2' didn't feel quite right, though. Then, someone said to me: "Other bands have released music in similar ways, but there has been nothing like the Hit Parade." And they were right! A 7" single a month seems, somehow, very 'Wedding Present'. So, inspired by that little idea from three decades ago, we've embarked on this new project, 24 Songs.

"Even though The Wedding Present have never been known for taking the easy route, the idea of recording 24 tracks and releasing them in this way could seem daunting to any band. However, I've been utterly inspired by the music that has been written since Jon and Melanie joined the group. The thought of celebrating this exciting new line-up with an exciting new series has motivated us all… and I suppose we also didn't want any of these songs to be hidden away in the middle of an album!" 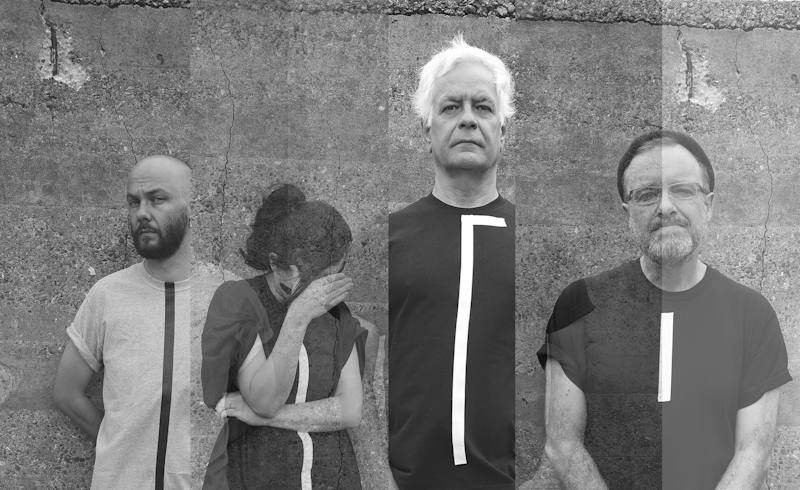 Today XS Noize is pleased to exclusively premiere the video for 'Go Go Go', the third single from 24 Songs which is released on Friday.

About March's Songs from David Gedge: "Following in the slipstream of 'We Should Be Together' – on which Louise Wener was a guest singer, of course – 'Go-Go Go' is the second duet in the series. This one features our very own Melanie Howard. The lyric was inspired by 'Wacky Races'. It's a high-octane track and so writing about racing cars seemed to fit! I even tried, unsuccessfully, to shoehorn in references to Peter Perfect and Penelope Pitstop.

I used to love that programme; as a kid, I would make a note of the results every week and create a league table. 'La La La' was the first song that I co-wrote with Jon Stewart, but it's Melanie's huge bass part that drives the song. It wouldn't be out of place on a track by the mighty Fall, and it inspired me to go a bit Mark E Smith myself at the beginning of the final verse".

Subscription details can be found at https://linktr.ee/24songs. Individual singles and a collector's box can be ordered from the same site or via all participating record shops.

Listen to David Gedge talk about 24 Songs on the XS Noize Podcast HERE.

British indie-rock group The Wedding Present are pleased to announce a Belfast headline show to commemorate the 30th anniversary of the release of their first singles collection, Tommy at The Limelight 2 on Thursday 26th...