British indie rock legends, The Wedding Present are pleased to announce a very special headline Belfast show on Sunday 24th October 2021 to commemorate the 30th anniversary of the release of their pivotal long-player, Seamonsters. Tickets on sale Wednesday 16th December at 10 am via ticketmaster.ie

Following the release of Seamonsters – which was recorded in twelve days during 1991 – The Guardian newspaper noted that: “(Engineer, Steve) Albini has given The Wedding Present considerable weight, with Gedge’s voice trickling between banks of scowling guitars” and went on to feature it in its list of ‘1,000 albums to hear before you die’. Despite its uncompromising sound the album reached No. 13 in the British album charts and has been hailed as a classic.

RCA Records are planning to issue a thirtieth-anniversary re-release of Seamonsters in May 2021. 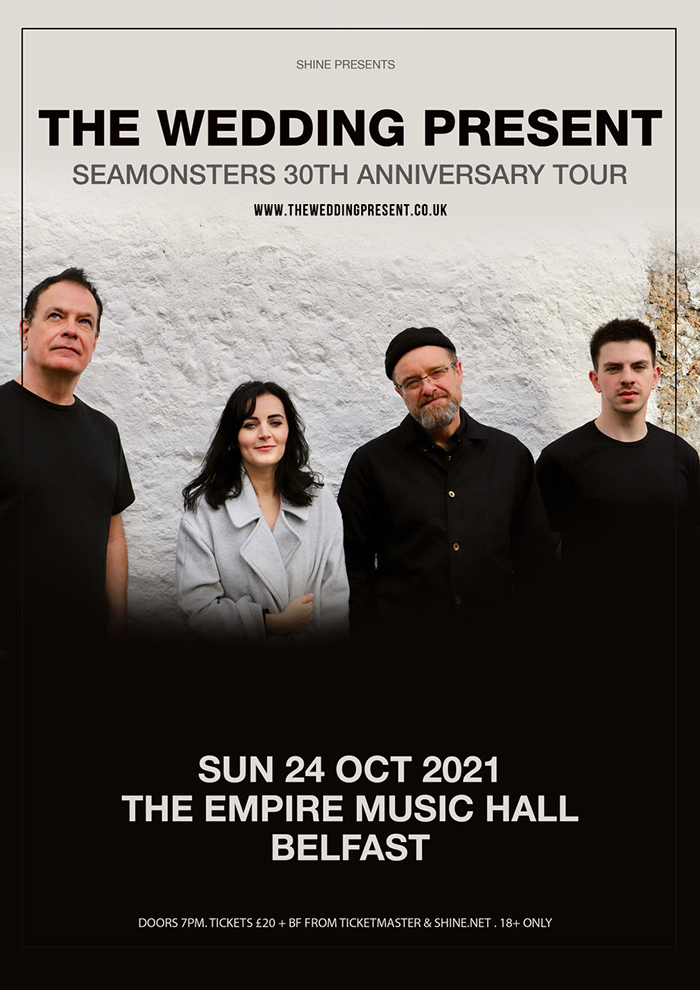 BILLIE EILISH announces Belfast & Dublin shows on the first leg of her Happier Than Ever, The World Tour

Following the release of her latest single ‘Your Power,’ and ahead of the July 30 release of her forthcoming album ‘Happier Than Ever,’ Darkroom/Interscope Records artist Billie Eilish has announced the first leg of her...

Four-time Grammy-nominated psychedelic soul band based in Austin, Texas, Black Pumas are pleased to announce a headline Belfast show at Limelight 1 on 3rd November 2021. XS Noize is giving away tickets for the show...