Today, Gentle Sinners - the new project from Aidan Moffat (Arab Strap) and James Graham (The Twilight Sad) - announce their debut album, These Actions Cannot Be Undone. It's released May 13th digitally and on CD, with a vinyl edition to follow in September, via Rock Action.

The news comes accompanied by a new single 'Face To Fire (After Nyman)', which builds from a swirling synth figure into a fuzzed-out behemoth anchored around Graham's repeated "fearlessly terrified" oxymoron and a central plea of "tell me what's wrong inside of me." Moffat, who's on music and production duties across the album, matches Graham punch-for-punch with swathes of orchestration and playful guitar lines that elevate proceedings to a place of euphoria that transcends the song's anxious core.

Of the track, Graham writes: "I wrote 'Face to Fire' the night Aidan sent over the music for it, I recorded it the next day. I had written down the words “fearlessly terrified” on my phone a couple of days before. My anxiety had started to take over again - throughout my life I’ve been so scared of simple interactions with people yet I’m able to project my innermost feelings to the world on a regular basis. It doesn’t make sense to me. I’d been feeling physically ill for a few years, tired all the time and I had tried everything to feel better with no success."

Listen to 'Face To Fire (After Nyman)' - BELOW:

"Fearlessly terrified," in fact, is a pretty apt summation of These Actions Cannot Be Undone as a whole: across its ten tracks, Moffat and Graham navigate themes of mental health, medication, love, the abuse of power, lies, accountability, defiance and hope, but with the results equally exhilarating, singular and playful. Not surprising when you consider the duo draw their name from a bawdy phrase in Romeo & Juliet but twist it into a knowing double-meaning. As Moffat explains: "'Gentle sin' is a wee phrase I've always liked. In the play it's part of a flirtatious kiss, where the rules of etiquette are broken with a cheeky wink, sort of like a Shakespearean Sid James moment. But with a different kind of sinning in mind, I thought it really suited the songs we were making too, i.e. mistakes and disasters without pity or malice."

The pair, who've been friends for years, can trace the roots of Gentle Sinners back to the dark days of February 2021 when the UK was in the thick of its third lockdown, case numbers remaining sky-high and the future of live music persistently precarious. Graham was in the throes of uprooting his life in his long-term residence of Glasgow to move to North-East Scotland but met Moffat shortly before upping sticks. He recalls:

"A couple of days before I left Aidan and I met up and walked around Queens Park. I mentioned to him I wanted to do something outside of the band but had no idea on how to go about it. I wasn’t expecting him to suggest working together, I was just looking for some advice as I’ve loved everything he’s done in his solo career. Hearing what he’d done inside and outside of Arab Strap, I could see that they both complimented each other and helped him exercise different ways of writing. I wanted that. I wanted to try new things, I wanted to see what else was inside me. He suggested we work together and that he had some music he could send me. I said yes straight away."

This sentiment of pursuing new creative avenues is echoed by Moffat, "I really wanted to try something I'd never done before, which is make music for other people to sing to, and that sort of became a theme of the album," he offers. "If we hadn't done it before, we should definitely do it now. So you can hear a lot more range in James's voice than usual, for instance." With the pair having - as Moffat puts it - "no idea whether or when we'd play live again, or when any of our other bands' next plans could happen," they immersed themselves in a process of writing remotely. Sending music and vocal tracks back and forth, the duo worked quickly and built a defiant, explorative set of songs that stands quite apart from their esteemed work with Arab Strap and The Twilight Sad.

“The subject matter was hard but writing it was easy," Graham summarises. "Working with Aidan has been a dream. Most of these songs were written and recorded within days. It all just came very naturally and I never questioned the words or the feelings that came out of me." Fearlessly terrified, indeed. 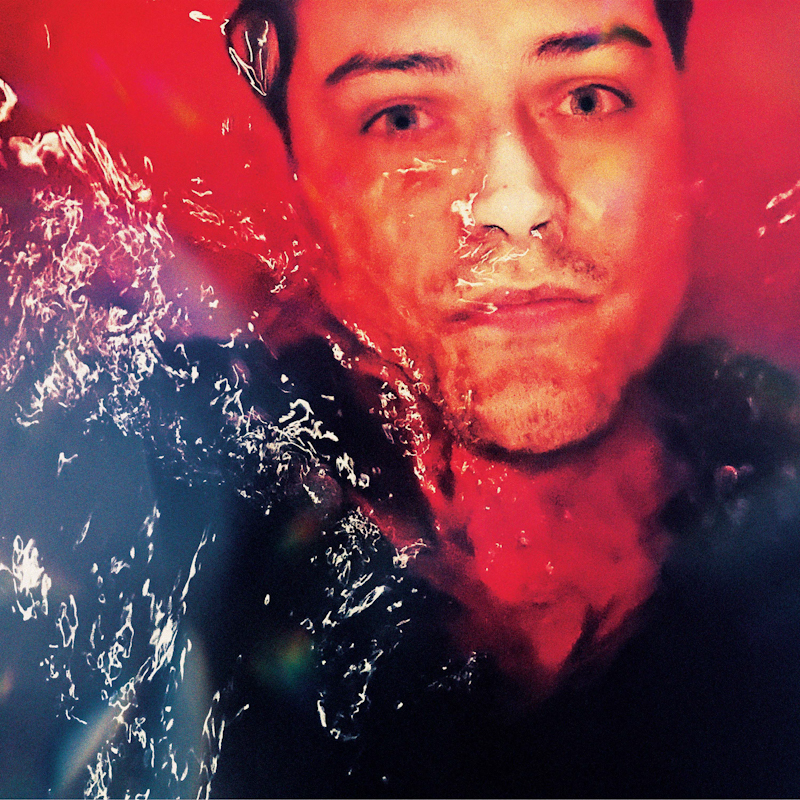 THE TWILIGHT SAD to support THE CURE on US dates

Following on from Robert Smith covering their own 'There's a Girl in the Corner' earlier this year, The Twilight Sad will be joining The Cure on the British indie legends' 2016 US tour. It comes...

16 years after their last album, Arab Strap delves back into the late-night debauchery, sexual honesty and grim humour Aidan Moffet had drawled about since their emergence in the ’90s. Moffet once again lays bare...

As soon as you hear There's A Girl In The Corner, the opening track on The Twilight Sad's third album Nobody Wants To Be Here and Nobody Wants To Leave, you are instantly immersed in...