Following their sold-out Belfast show last year, UK rock legends The Stranglers will play a headline Belfast show at the Ulster Hall, Belfast with very special guests Dr Feelgood on Thursday 28th February 2019. With a career spanning four decades, The Stranglers are one of the most continuously successful bands to have emerged from the UK punk rock scene. Their hits include Golden Brown, No More Heroes, Peaches and Always the Sun.

XS Noize is giving away 1 x pair of tickets to the show + 1 x CD copy of ‘Giants’ to one lucky winner.

For a chance to win, simply LIKE, SHARE & RETWEET via the social media links below. Competition CLOSES MIDDAY Monday 25th February 2019. Winners will be notified via social media. 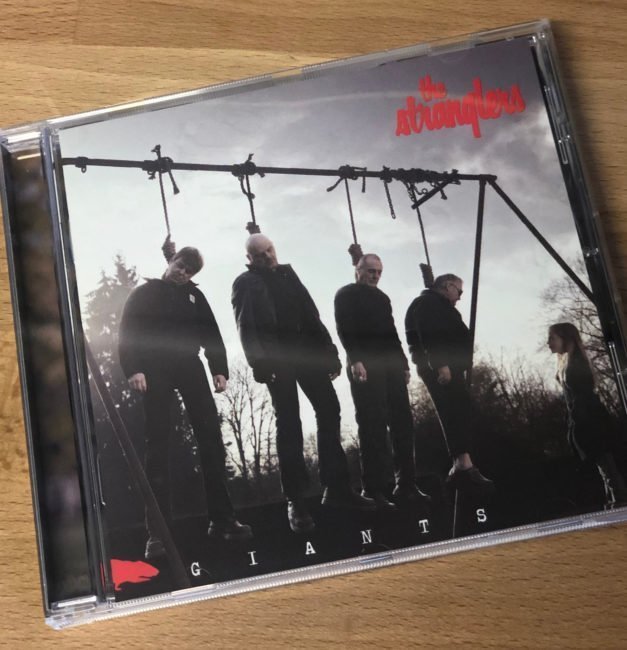 The Stranglers’  Back on the Tracks 19-date UK Tour kicks off in Belfast on 28th February culminating in what is bound to be another rousing finale in Manchester on Saturday 30th March.

During a hectic year of touring the Southern Hemisphere, Europe and the UK, The Stranglers have also been busy writing and rehearsing new material so audiences can expect to experience some of these new cuts, alongside classic favourites and lesser-performed numbers drawn from their eloquent and extensive catalogue spanning over forty years.

First formed in 1974, the band’s no bullshit attitude was embraced by the punk movement of the late’70s, with their first three albums ( Rattus Norvegicus, No More Heroes and Black And White) being released within an astonishing 13 months of each other, scoring hit singles such as Peaches, No More Heroes and Walk On By. Further success was to follow with Always The Sun, Strange Little Girl and the mercurial Golden Brown, amongst many others, earning the group 24 Top 40 singles and 18 Top 40 albums. Masters of their own highly original sound, that combines a brilliant melodic touch with dark aggression and effortless cool, The Stranglers are now recognised as one of the most credible and influential bands to have emerged from the punk era.

With record-breaking, sell-out shows and festival appearances in the UK and throughout the world, demand to see and hear the band is at an all-time high, testament surely to their considerable musical talent and enduring quality of their songs. Special Guests on the 2019 dates are Britain’s finest rhythm and blues band, Dr Feelgood.

Following his SOLD OUT Ulster Hall show on December 21st,  Northern Irish singer-songwriter Ryan McMullan is playing his biggest ever Belfast show at Custom House Square on Saturday 17th August 2019.  The past year has seen a...

GABRIELLE APLIN returns to Belfast with a headline show at The Limelight 1, Monday 9th March 2020

English singer-songwriter Gabrielle Aplin is pleased to announce a return to Belfast with a headline show at The Limelight 1 on Monday 9th March 2020. Gabrielle has announced the release of her forthcoming third album...