The isolated audio of Paul McCartney chewing carrots and celery has been released by Super Furry Animals to announce the 20-year anniversary reissue of their ‘maximalist’, fifth studio album, Rings Around The World, newly presented on 180g gatefold, double vinyl, triple CD and double digital album in September. McCartney’s playful addition is released on its own for the very first time as one of 75 curiosities from the vaults, including unreleased outtakes, remixes, hidden sounds and demos appearing across the multi-format release.

A story that starts with a chance encounter at the NME Awards in 2000 and ends with McCartney’s enthusiastic chewing being delivered by post and then woven into the production of the Furries’ single, Receptacle For The Respectable, the ex-Beatle’s contribution is just one of the wild bends in the road of the expansive, Millennium-era, classic alt-pop album’s remarkable story.

Approached by artificially emboldened Furries keys player, Cian Ciarán at the ceremony at the Mermaid Theatre, London, initially to convince McCartney to let the band loose to remix The Beatles’ songs (a successful pitch as the Furries later received boxes of Beatles master tapes to contribute heavily to the Liverpool Sound Collage), McCartney agreed to appear on the band’s upcoming album. Within weeks, McCartney had sent a tape of just what the band had requested. Having previously ‘played’ the celery on Beach Boys' 1967 track Vegetables, McCartney took the chance to revive his penchant for percussion with roots.

Ciarán says of the surreal addition to the Mercury Prize-nominated album: “He was going to come to the studio and then decided not to for some reason. So, we sent him stereo backing tracks so he could keep time, then he sent the tape back with a message that started with a really dodgy Welsh accent. Then he goes 'I hope you like it' – the next thing you know you just hear this chewing sound!” 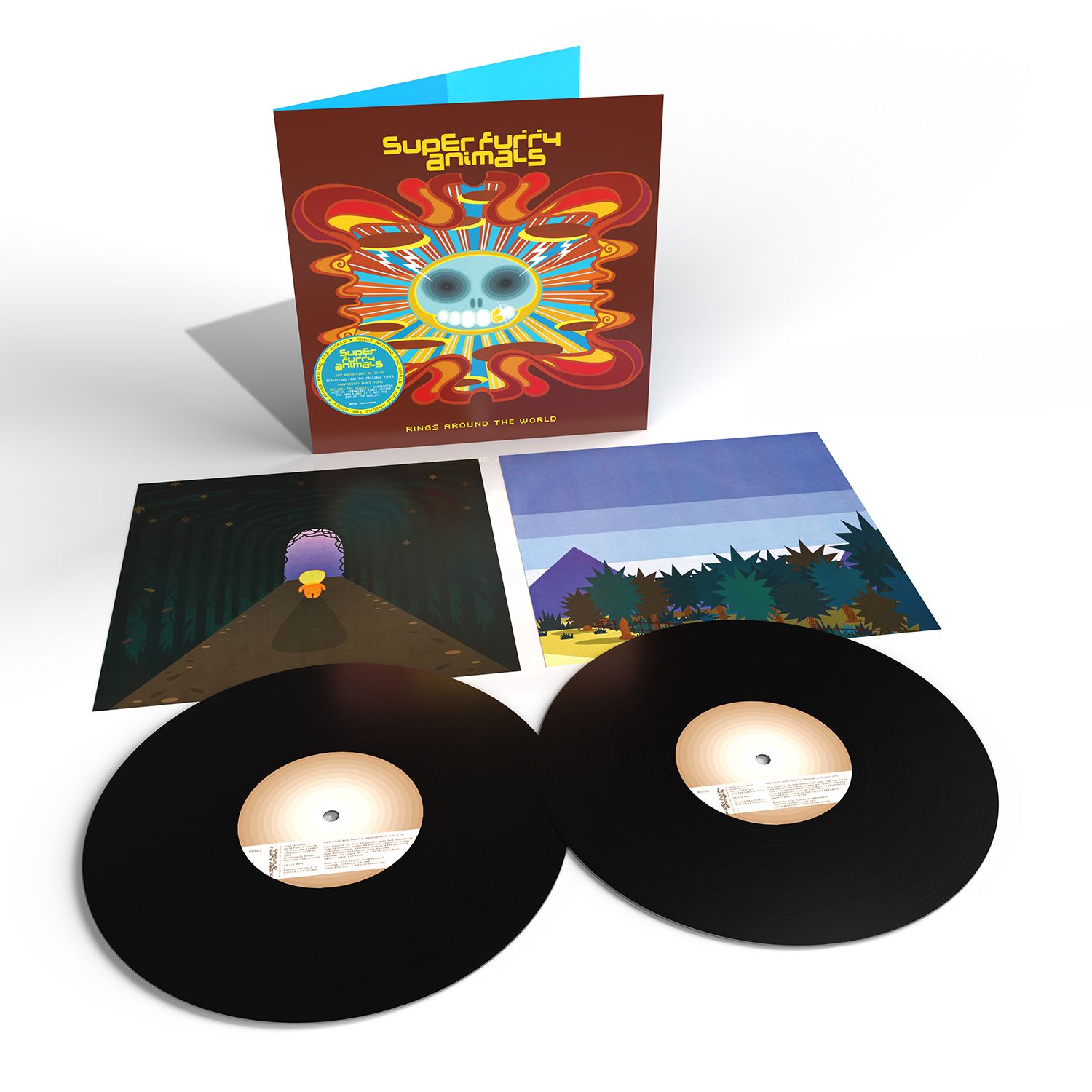 In addition to McCartney’s appearance as carrot and celery cruncher-in-chief on Receptacle For The Respectable, Super Furry Animals added one more hero to the list of album credits as Velvet Underground’s John Cale took up the piano on Presidential Suite.

So vast is the BMG reissue of Rings Around The World that the digital version will be split over two, separate release dates.  All physical versions and the first digital instalment will be released on Fri 3 September 2021, with a second digital collection being made available three weeks later on Fri 24 September 2021.

Notably the first ever studio album to be produced in 5.1 Surround Sound, as a visual albumand released on DVD allowing Playstation gamers to effortlessly switch to listening to the album, Super Furry Animals tested both the tolerances of modern technology and the purse strings of their record label at the time, Sony/Epic. Hiring four-time Grammy Award-winning, Run DMCand Public Enemy Producer, Chris Shaw and heading for a string of high-spec, residential studios, the band set out to reach for their furthest and wildest musical ambitions.

The Rings Around The World adventure is notable for being central to the Furries’ American odyssey. They, Shaw and engineer Eric Tew completed the estimated, final third of the record at Bearsville Studios on the lip of Woodstock, New York State, sessions that began after the band were left at the roadside by an out-of-patience, conservative husband and wife driving team, following a nine-date club tour from Hoboken to Boston. The following weeks featured baby bears, fireflies and paranoid, Blair Witch Project-reminiscent forest walks.

The widespread, positive response to the record after release on Mon 23 July 2001, which also included the sunlit, countrified splendour of Run! Christian, Run! and third single, It’s Not The End Of The World, not only gained the band more ground and bigger shows in the US, but a 2001 Mercury Prize-nomination, putting the band onstage for the awards party on a notable Tue 11 September 2001. The band returned to the States in 2002 for two, coast-to-coast US Tours following the critical and commercial success of the album across the Atlantic. 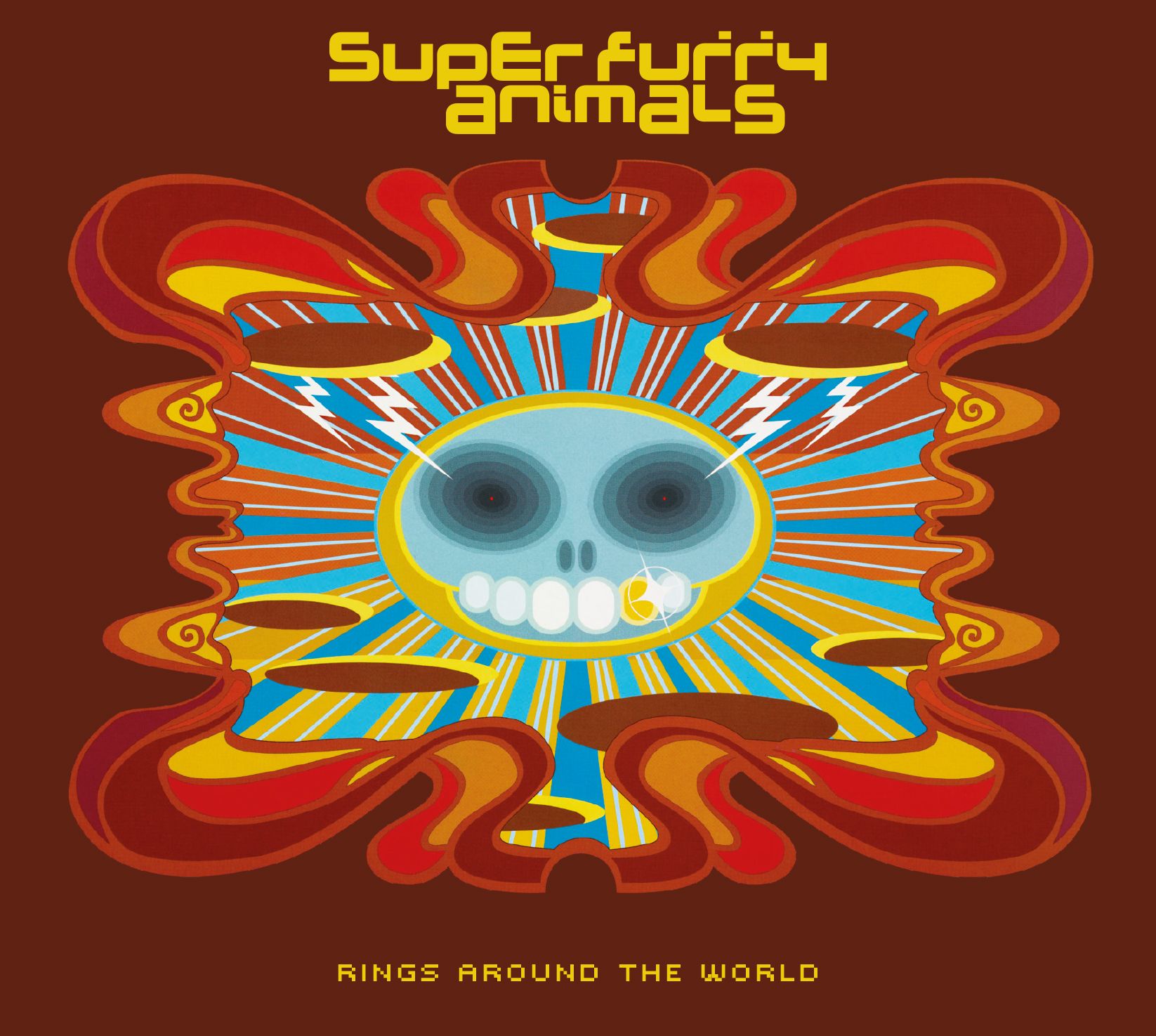 With updated packaging featuring original artwork and sleeve notes by music journalist, Keith Cameron, the announced track listing for the 2021 remastered release of Super Furry Animals’ Rings Around The World is as follows:

All of the tracks for the 2021 reissue have been remastered by Donal Whelan at Hafod Mastering in the Vale of Glamorgan with Furries archivist, Kliph Scurlock taking a deep dive into the vaults once again to bring so many unheard tracks to light.

The Covid-19 pandemic of 2020 meant that many of us had to spend a lot of time indoors. Definitely a bummer in most cases, but one of the few silver linings is that musical geniuses...

Super Furry Animals take to the towns and cities of England, Scotland, Ireland and Wales to perform their luminescent debut album, Fuzzy Logic and its follow up, Radiator in full, in order and back-to-back, live...