Where previous singles "One of Us" and "People Don't Protest Enough" were pointedly political - and February's "Another Name For Loneliness" revelled in slow-burn anthemia - "Yr Old Dad" is something different from the band. Lead singer and guitarist Chris McCrory comments; “This is the sound of the wheels coming off, a sing-along catastrophe. The shrugged shoulders as another funny little plan doesn’t go quite right”.

On the forthcoming album "Celebrated by Strangers", Catholic Action find themselves searching for meaning, defining identity, attacking power, pointing fingers and demanding accountability. McCrory adds; "I’m in it to make records that are interesting and matter. We’ve made a record that embraces the negatives – both from a musical and social/political standpoint – sees the humour in them and ultimately turns them into something positive; be that a better outlook, or progressive political action.”

Indebted at times to the progressive ‘70s influences of Eno, Fripp and Talking Heads, Celebrated by Strangers is ultimately the sonic statement of a band inspired by the mire of the now, with a sense of humour, hope, change and proactivity.

Before the album arrives however, the band focus themselves on their first live activity of the decade as they hit UK venues in March in support of Kid Kapichi. After that, it's over to the US for festival appearances including SXSW, before returning to the UK for the year’s first city weekender festivals. See the band live on the following dates. 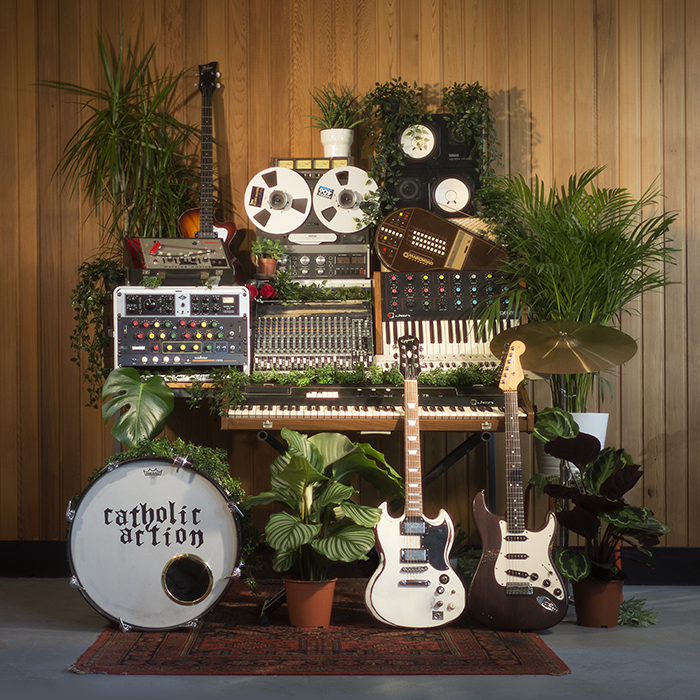 Catholic Action are the first support band on at The Ritz in Manchester, their quartet consists of 3 guitars backed by a drummer, with an intensifying sound that builds up to a slower melody when...