The third album from Twisted Wheel represents the evolution of a band that have well and truly taken the shackles off and headed into an uncompromising wave of style matched with eclectic substance. It’s a record that separates itself from the safe and obvious tirade of modern guitar pop, instead of drawing upon a wide influence from 60’s Psychedelia, Punk, Trip Hop and New Wave.

Satisfying The Ritual follows the number one EP Jonny Guitar in cementing Wheel as one of the most vital groups of our times. Riding on the crest of a wave with three sold-out UK tours, major festival appearances and support slots with Liam Gallagher, this album displays the band at their best and most inspired.

Singles penned by the evergreen frontman Jonny Brown: ‘Nomad Hat’ and ‘DNA’ have already proved strong live favourites amongst fans old and new; who have embraced the shift to a bigger and more expansive sound. Whilst other new tracks penned by bass player Harry Lavin including ‘Black and Blue’ have opened up new doors for the group creatively.

Formed in Greater Manchester in 2008 and fronted by the feral Jonny Brown, Twisted Wheel have long been waving the flag for rock’n’roll in 21st Century. Standing out from the pack with early anthems such as ‘You Stole The Sun’, ‘She’s a Weapon’ and ‘Strife’, the band earned a cult and devoted following almost instantaneously, and were signed up to label big-boys Sony for their strident s/t debut album.

With irrepressible energy and gutsy live reputation, early in their career Twisted Wheel were invited to support music titans the likes of Oasis, Kasabian, Paul Weller, Happy Mondays and Ian Brown to name but a few, and enjoyed sold-out tours in the UK and overseas in their own right.

However, intense wall-to-wall touring schedules and a matching hedonistic lifestyle would see them rolled, smashed-up and even set on fire and they inevitably took their toll. Twisted Wheel split in 2013.

Some 5 years later, Twisted Wheel returned refreshed and with a renewed sense of purpose. With Jonny still at the helm, the band were greeted open-armed by their unwavering fanbase and embarked on the hugely successful ‘Snakes and Ladders’ comeback tour. Since then, the band have made high profile appearances at some of the UK’s most major festivals including Reading & Leeds, Kendal Calling and EH6, alongside huge gigs at the likes of Finsbury Park and Old Trafford supporting Liam Gallagher.

In 2020, Twisted Wheel now look on to the release of their much anticipated new album: ‘Satisfying the Ritual’. Arriving hot on the heels of their hugely popular ‘Jonny Guitar’ EP (which impressively reached the No.1 spot in the UK physical charts), the band have teased their upcoming third LP with a run of searing singles: ‘ 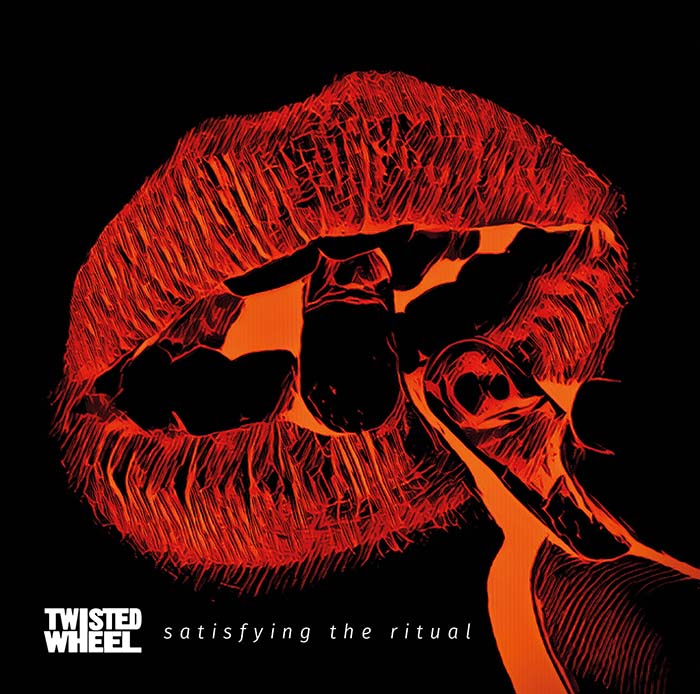 All songs by Brown except 3 & 7 by Lavin

Available on iTunes, Spotify  & all other streaming services

Available on  CD and 12 inch Vinyl from  https://twistedwheel.tmstor.es

Recorded and produced by Dean Glover at Vibe Studios, Manchester.

Twisted Wheel have announced the release of their new single ‘DNA’, the second track taken from their forthcoming new album set for release on November 2019. ‘DNA’ shows a side of Wheel that has never...