Today XS Noize is pleased to premiere the video of the latest single from Le Fil. This epic anthem ‘Put Your Money Where Your Mouth Is’ is a defiant song about self-worth in a relationship and points a cheeky finger at cheating lovers, showing them to their nearest exit…all delivered in a beautiful 70’s solo singer style.

The track was written by Le Fil following a dream featuring one of his inspirations Amy Winehouse singing the opening lyrics ‘I was standing at the love machine’. Le Fil describes, “as I sung along with her, I realised I was actually still sleeping. So I had to pull myself out of several layers of deep sleep to get to my phone and record a voice memo. I was so groggy, but by the end of the morning, I had written most of the track, with the words “follow my finger” seared into my brain.” At first sight, perhaps this is a seemingly random way of writing a song, but not for Le Fil – where pop music flows in his veins, even whilst he’s sleeping. Ever since growing up to the soundtrack of Kylie Minogue and the Spice Girls as a child, Le Fil lives and breathes pop music – so this is one story that makes glorious, poptastic sense.

Following Le Fil’s previous singles ‘Boyo’ and ‘Undercover Lover’ released earlier this year, this new track travels in a new direction musically and lyrically, capturing a sense of melancholic fun and drama. Where ‘Boyo’ looked at the possibilities of what it means ‘to be a man’ today, and ‘Undercover Lover’ explored secret crushes from within the closet, ‘Put Your Money Where Your Mouth Is’ jumps forward to being ­cheated by a lover who doesn’t value you. Le Fil says, “The song is about standing up to unfaithful lovers who aren’t putting enough effort into a relationship. Whilst growing up, I often sang along to many ‘leave him’ type pop songs, which were all mainly from an empowered female perspective. So I really wanted to contribute to that genre - but as an androgynous Chinese queer guy.”

Watch the video for ‘Put Your Money Where Your Mouth Is’ - BELOW:

As a vocal activist championing LGBTQ rights and diversity, Le Fil isn’t afraid to speak out and channel his experiences and relationships into his art often describing his music as a ‘queer love letter to pop culture’. ­­­­­Over the last year, Le Fil toured with seminal LGBTQ drag collective Sink The Pink and Spice Girl Melanie C, where they performed at Pride shows worldwide, launching in Sao Paulo where 3.7 million people packed the infamously right-wing streets. Seeing the sheer amount of people who experience similar prejudices and bigotry affirms Le Fil’s need to be honest with his music. Echoing sentiments from his earlier release ‘Nightlife’, this new single extends the intimate insight into Le Fil’s relationships, where people from trans and non-binary communities are often thought as not valid or equal as their heteronormative counterparts. He explains, “‘Put Your Money Where Your Mouth Is’ is a reminder to have conviction for your desires, passions and beliefs. We all deserve the same love and respect in our relationships – especially for us within the trans, non-binary and LGBTQ+ communities. To those who try to bring us down? As my lyrics say, you can ‘follow my finger’! Androgynous, queer, trans, non-binary, gender-non-conforming people all deserve the same love and respect as everyone else, and not to be treated as a phase or freakshow while you search for the ‘real thing’. We are valid. We are enough.”

Le Fil balances the heartbreak with a supersize dose of joy and glamour in the accompanying music video. It’s a colourful and surreal film that brings fun and lightness to the song’s message. The vibrant clip was created over five weeks during lockdown from within his home. It features Le Fil in over a dozen different looks playing a range of characters from ‘The Boyfriend’ to his ‘Gosh (Posh) Spice’ persona that toured the world with Melanie C x Sink The Pink last year. Describing the video, he says, “It was a blessing to be able to work from home and film everything from my kitchen using just an iPhone. Having something creative to do each day gave me something to look forward to and focus on. Since I couldn’t leave the house, I wanted to create an escapist fantasy world that I could jump into instead. It’s a bright and optimistic video that champions self-worth and self-love. It ultimately describes the ending of a relationship but shows that happiness can come from the love within yourself and your passions, not someone else. Especially not from a partner who doesn’t give you the love you deserve.” 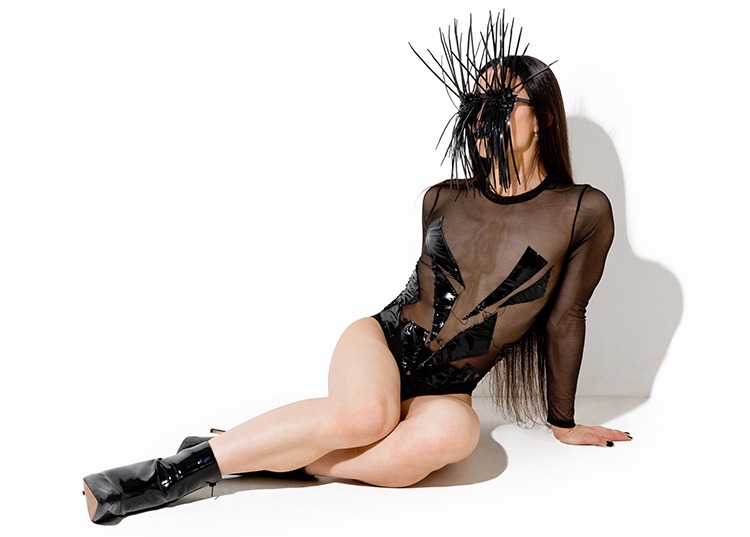 With all his recent releases, interviews and social media shared throughout lockdown, Le Fil has continually been creating, educating and entertaining for his fans and followers. It’s that boundless energy to keep making that is perhaps Le Fil’s most inspiring trait. He channels his life into his captivating songs. His art and music is filled with conviction and driven by the need to thrive, not just survive. In essence, Le Fil really puts his money where his mouth is. So if you want to get behind him, you better do too!