US superstar Nelly is pleased to announce a headline Belfast show at The Telegraph Building on Saturday 21st March 2020.

Nelly hit the world with a bang when he emerged with his debut album 'Country Grammar' in 2000, which has sold over 8.4 million copies to date. 2020 marks the 20 year anniversary of his debut album and in celebration of this milestone Nelly will be touring the globe extensively throughout 2020. Country Grammar featured monster hits including ‘Ride With Me’, ‘Country Grammar’, E.I & Batter Up. In 2016, Country Grammar became the ninth hip hop album ever to be certified Diamond by the Recording Industry Association of America (RIAA). It’s commercial success secured Nelly's status as one of the most successful Hip Hop artists of the 2000’s decade

Country Grammar was followed with his iconic 'Nellyville' of which boasted the timeless number 1 singles 'Hot in Herre' and 'Dilemma' featuring Kelly Roland as well as a plethora of party anthems such as 'Work It' which featured a guest performance from Justin Timberlake.

Nelly has been ranked by the RIAA as the fourth best-selling rap artist in American music history, with over 21 million albums sold in the United States alone and 'Country Grammar being ranked 8 in the Top 10 best selling albums of its category, as well as regular collaborations with some of the biggest stars in the world and selling out tours around the globe, grossing countless millions in ticket sales worldwide.

Nelly's unique voice, style and approach to Hip Hop has ensured his longevity and position as a main-stay in the forefront of R’N’B & Rap music around the world. 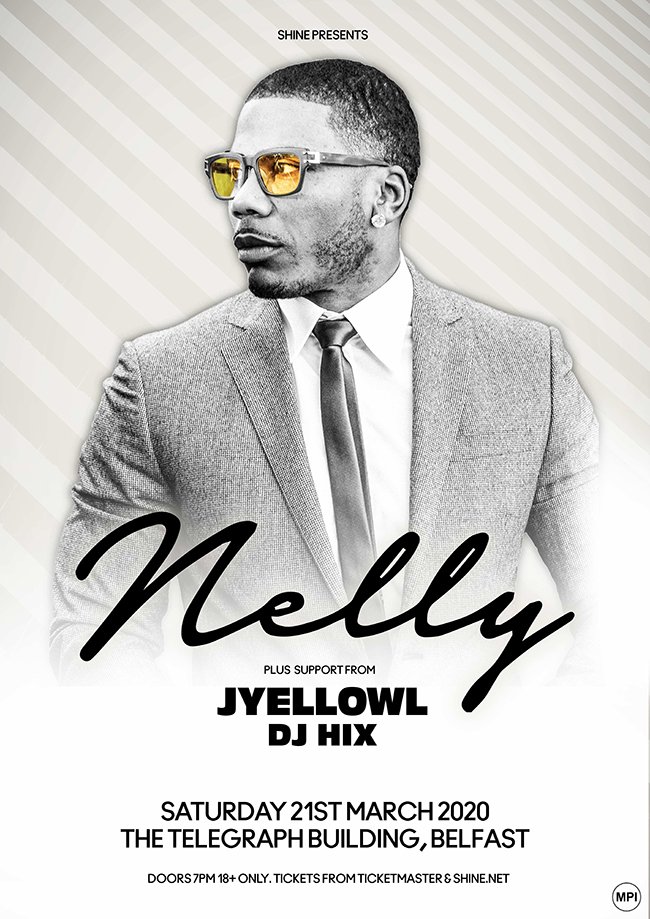 Tickets on sale NOW from www.ticketmaster.ie and all Ticketmaster outlets.

Following his SOLD OUT CHSq show earlier this year Belsonic are proud to announce UK singer~songwriter sensation George Ezra will return to Belfast at Belsonic on SATURDAY JUNE 22ND 2019. Staying At Tamara’s is George’s...

US rock duo DEAP VALLY are pleased to announce a headline Belfast show at The Limelight 2 on Thursday, June 28th, 2018. What’s that smell? FUNK, derived from the Latin “fumigare,” meaning, “to smoke.” The...