Following the release of Tulliah’s recent single 'Just My Type (A Little Bit Lonely)', the 19-year-old singer-songwriter from Victoria’s Mornington Peninsula, has today unveiled a stunning new single ‘Distant Dreams’ alongside news her debut EP Fre$h Hugs will wrap itself around you on 12th March (via AWAL).

The title origins of ‘Distant Dreams’’ came from the back of a painting in her parent’s home. Tulliah describes how the captivating track came together, "We set up my new piano in the back room of my parent’s. My mum was moving a painting that they have had for years to the top of the piano when she read the back of it - it was called Distant Dreams. This song flowed out of me. I used to never really believe that I could achieve my dreams. This song is about not wanting to break away from my visions and goals. The lyrics ‘don’t go waking me up’ is a really direct demand to myself! It’s about not wanting to go back to doubting my capabilities.”

Listen to ‘Distant Dreams’- BELOW:

‘Distant Dreams’ follows Tulliah’s debut single ‘Company’ from 2019, which earned her a spot as a finalist in the triple j Unearthed High competition that year, and recent single 'Just My Type (A Little Bit Lonely)', released at the end of 2020 - which saw her land a coveted spot in The Independent’s (UK) Ones To Watch list for 2021. Both ‘Distant Dreams’ and ‘Just My Type (A Little Bit Lonely)’ will join two further tracks on her dizzyingly mature and powerful debut body of work titled Fre$h Hugs out on Friday 12 March.

The Fre$h Hugs simultaneously captures Tulliah’s pure brilliance in pop music, alongside the heartfelt stories and emotions that give them their soothing edge; balancing both intimacy and richness through swirling and incredibly powerful pop music. Dean Tuza (Stella Donnelly, The Rubens) sat in the production hot seat across the entirety of the EP, working closely with Tulliah to finesse each track. In addition, Grammy-winning producer David Kahne (Lana Del Ray, Paul McCartney, Stevie Nicks) produced string arrangements that feature on the EP. 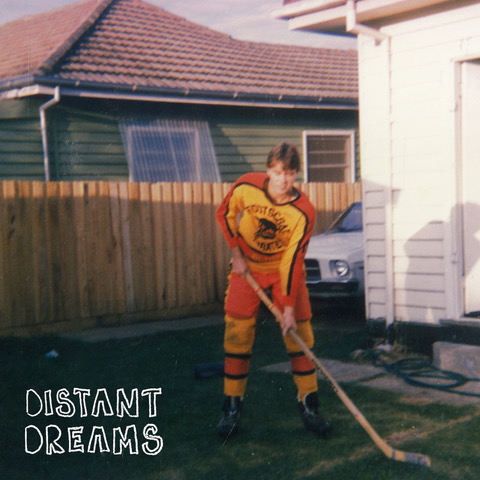 Recorded throughout mid-2020 while her Victorian hometown came out of lockdown (and then back in again), the EP offers relatable glimpses at a teenage musician coming of age, reflecting on mental health and relationships – as well as a friend that was cheated on while they were in a coma, believe it or not – with a warmth and comfort that feels like a hug from a close friend (hence the EP title). With influences nodding towards Whitney and Aldous Harding, Fre$h Hugs is a reflection of a maturing adult and the music that’s helped soundtrack her most pivotal moments; the end result being music with that certain something special that makes you feel like it's going to be a soundtrack for other people in itself.

There’s a lot to take in on Fre$h Hugs - honest stories, vocals years in the making, fluttering samples and crashing waves - but for Tulliah, this is just the start. “I’m just really excited to meet people that love these little parts of me.”