TRAVIS announce a return to Northern Ireland with concerts confirmed at the Millennium Forum, Derry on Thursday 11 August and the Waterfront Hall, Belfast on Friday 12 August.

Marking the 20th Anniversary of their acclaimed 2001 studio album, Travis present a tour of The Invisible Band. This classic album features the renowned track Sing, and gets its name from the band’s feelings regarding “music being more important than the band making it.”

The band will perform the entire album in concert plus all the classic hits.

Tickets are on sale this Friday at 9 am: 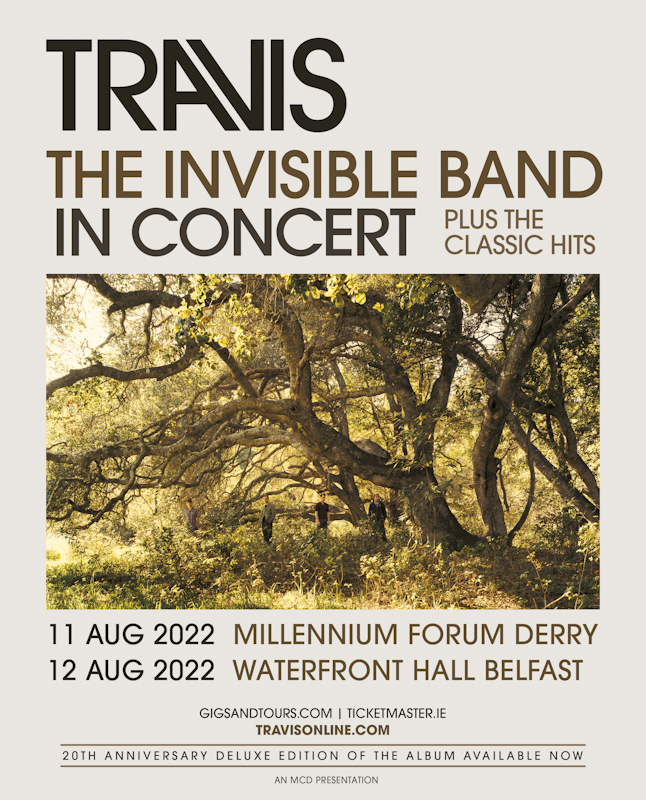 London based Lazy Day is pleased to announce a headline Belfast show on October 11th 2019 at McHughs Basement. Lazy Day began in 2014 as the solo bedroom project of Tilly Scantlebury. After recording her...