Having completed his third full decade as a recording artist and announcing the treasure trove that is 'Charmed Life - The Best Of The Divine Comedy' out February 4th 2022 - Neil Hannon today drops the highly anticipated new single 'The Best Mistakes'.

Led by uplifting strings that open up the new offering into an explosion of raw, honest joy, 'The Best Mistakes' sees Neil at his finest, a timely reminder of his songwriting legacy, further cementing him as a musical great.

"I began writing The Best Mistakes around 2007/8", says Neil. "I got stuck after the first chorus and put it to one side. It wasn't until I was putting together this compilation that the concept of 'my best mistakes' suddenly made sense. Success and failure are two sides of the same coin. You can't have one without the other."

The video for 'The Best Mistakes', directed by long term collaborator Raphaël Neal, finds Neil in retrospective mode casting a reflective gaze over his career. Raphaël says: "It was Neil's idea to have moments from his career projected onto him. Going through 30 years of imagery was really moving - so rich in colours, costumes, stories. We were witnessing an artist's journey. The song is about looking behind with kindness, remembering the highs and the lows, but also pays tribute to being at peace with the present. As Neil says in the lyrics, "if I had to choose between then and now I'd choose now."

Watch the video for 'The Best Mistakes' - BELOW:

A 24 track career-spanning roster of hit singles and fan favourites, compiled by Neil and remastered at Abbey Road Studios, 'Charmed Life' includes monumental tracks 'National Express', 'Something For The Weekend', 'Songs of Love', 'Our Mutual Friend', 'A Lady of A Certain Age', 'To The Rescue' and 'Norman and Norma' - as well as 'The Best Mistakes.'

In 1990 musical history was made when a 20-year-old Neil Hannon signed his first record deal and began releasing one glorious album after another under the name The Divine Comedy. Twelve magnificent albums and hundreds of spellbinding shows later, Neil Hannon is now, without doubt, a national treasure and one of the finest singer-songwriters of his generation.

The Divine Comedy will be touring in Spring 2022. Tickets are on sale now from HERE. 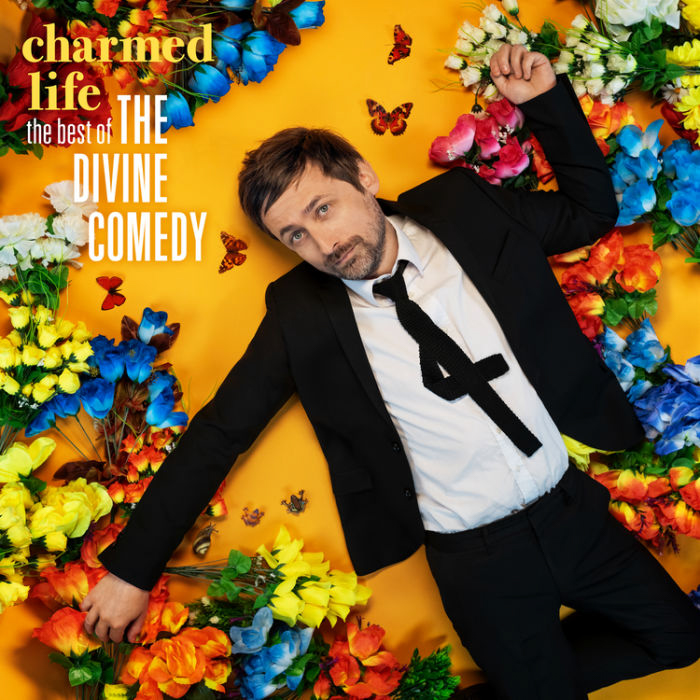 After a run of sold out, acclaimed shows in 2016 and early 2017, The Divine Comedy announce an Irish tour this December. The Divine Comedy will make stops in Cork, Limerick, Derry/Londonderry, Belfast and Dublin....

The Divine Comedy played Belfast’s famous Ulster Hall on 07 Dec 2017 Clair McAllister was on hand to take these great shots.

The Divine Comedy played a brilliant show last night at Belfast, Ulster Hall in support of their brilliant new album ‘Office Politics’. Bernie McAllister was there to take these amazing images.        ...