The Slow Rush was recorded between Los Angeles and Parker’s studio in his hometown of Fremantle, Australia. The twelve tracks were recorded, produced and mixed by Parker. Fans can pre-order The Slow Rush at tameimpala.com and all major retailers. Digital pre-orders will receive the two album tracks instantly. The Slow Rush will also be printed in 4 heavyweight double-disc formats – standard black, forest green (Limited Edition – all retailers), red/blue (indie-retail exclusive) and swirl (Tame Impala Webstore exclusive).

“It Might Be Time” is your paranoid shadow snapping at your Achilles heel. It’s the horrifying idea that your mojo’s gone out for a walk and it may not be coming back. It’s second-guessing yourself, wondering “have I still got it? Did I ever??” Your paranoid inner observer taunting you in your own denial, telling you to wake up and accept your salad days are over. A dynamic, bombastic burst of pungent prog-pop, It Might Be Time pulses on an insistent keyboard groove, punctuated by collisions of overblown drums flaying at the edges, the outward expression of a restless internal funk. A heady psych bomb threatening to implode, “It Might Be Time” is potent Tame Impala 2020.

The Slow Rush is Parker’s deep dive into the oceans of time, conjuring the feeling of a lifetime in a lightning bolt, of major milestones whizzing by while you’re looking at your phone, it’s a paean to creation and destruction and the unending cycle of life. Parker told the New York Times earlier this year, “A lot of the songs carry this idea of time passing, of seeing your life flash before your eyes, being able to see clearly your life from this point onwards. I’m being swept by this notion of time passing. There’s something really intoxicating about it.” The album cover was created in collaboration with photographer Neil Krug and features a symbol of humanity all but swallowed whole by the surrounding environment, as though in the blink of an eye.

In the last six months, Tame Impala have headlined multiple major festivals including Glastonbury, Coachella, Primavera, Lollapalooza, ACL and more. He debuted the track “Borderline” from The Slow Rush on Saturday Night Live and sold out arenas around the world including The O2 in London and two nights at New York City’s Madison Square Garden. 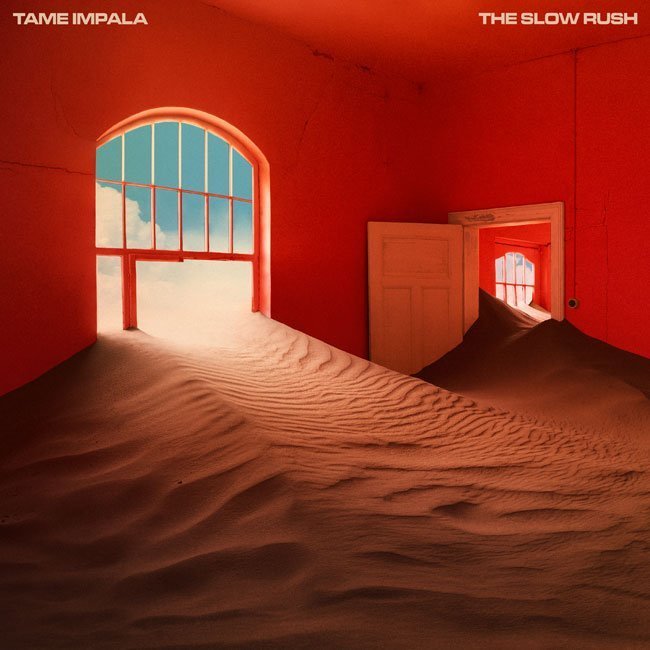 Tame Impala is Kevin Parker. His last album Currents was released in 2015 earning him a BRIT Award for Best International Group, a second GRAMMY nomination and went platinum in Australia, Gold in the USA, Canada, UK, France, Netherlands and Belgium, and enjoyed world-wide critical acclaim. The New York Times labelled it “a tour de force” and Pitchfork said, “nearly every proper song on ‘Currents’ is a revelatory statement of Parker’s range and increasing expertise as a producer, arranger, songwriter, and vocalist while maintaining the essence of Tame Impala.” In a 5 star review the Guardian said “Australian musical polymath Kevin Parker’s luscious new album takes psychedelic music into unknown territory” while Q magazine called it “Parker’s finest achievement yet.”

With the ravenous demand of fans for a transcendent live performance, Tame Impala has gone on to headline festivals and venues around the world and released three full-length albums – Innerspeaker, Lonerism and Currents. As a writer and producer Parker has collaborated with Travis Scott, SZA, Lady Gaga, Mark Ronson, Kanye West, Kali Uchis, Theophilus London, Miguel, A$AP Rocky and more.

Tame Impala have just dropped their first new music in 3 years, the epic 8 minute long track ‘Let It Happen’, it can be downloaded HERE: The band will play Electric Picnic in Stradbally this […]

TAME IMPALA recently announced their highly anticipated third studio LP Currents will be released worldwide Friday July 17th. And today, the band has shared the video for “Cause I’m A Man” directed by Nicky Smith. […]

Tame Impala (Kevin Parker) has released “Patience,” the first new music since his GRAMMY nominated, RIAA Gold-Certified 2015 release, Currents. The new track is out today on Interscope Records. “Patience” is a mid-tempo chugger of […]