With 12 UK chart singles to their name, plus four #1s and two #2s in the US Dance Chart, SUNSCREEM stood alongside The Prodigy and The Shamen in the 1990s in pioneering commercial electronic music. They signed a major record deal in 1991 after only six shows and the accolades poured in: MixMag Award for Best Newcomer; NME Favourite College Band; even Best Scottish Dance Act, which wasn’t bad for a band from Essex.

The single LOVE U MORE hit #1 in all three UK Dance Charts – a success that was replicated in the US Billboard Dance Chart – then PERFECT MOTION, with its infectious hook, sealed their place in dance history by reaching #1 on both sides of the Atlantic.

Since then the band’s singles have consistently charted throughout the world and they have played live to hundreds of thousands of people. Whilst SUNSCREEM may acknowledge they have one foot in the nostalgia market, they are still making cutting edge dance music to this day with over 15,000 monthly Spotify listeners and two future album releases in the pipeline, including the infamous and unreleased OUT OF THE WOODS that fans have waited over 20 years for.

However, the story of the ‘lost’ album is one replete with misfortune and, finally, redemption …

Back in 1996 SUNSCREEM released CHANGE OR DIE, their second album for Sony Music, following their 1993 debut O3, which included the club classics LOVE U MORE and PERFECT MOTION. The album went on to score three Top 40 singles in the UK and a #1 and #2 in the American Dance Chart. The band’s energetic live performances had already earned them international acclaim; they toured arenas in America with New Order; performed live on prime-time television; and knocked Whitney Houston off the top of the Billboard Dance Chart.

The band were already working on their follow-up album, OUT OF THE WOODS, when a dispute with their US record label resulted in them parting company. The band took the unfinished new recordings with them as part of a gentleman’s agreement with the label not to speak about the reasons for their departure; a position they have maintained to this day.

Then in 1997 SUNSCREEM signed to the UK Indie Dance label PULSE 8, and completed the new album which would comprise thirteen tracks. As a taster for that album the label released CATCH – the first and, as it turned out, the only full single – along with a number of remixes. The single struggled to achieve attention in the UK after the controller of BBC Radio One banned them from daytime radio, although it still reached #1 in the Dance Chart and earned the band another #2 Billboard Dance Chart hit in the US.

On the back of that success, SUNSCREEM received the ASCAP Award for Best Dance Track of 1997, and singer LUCIA HOLM and keyboard player PAUL CARNELL teamed up with percussionist NICK SLINGSBY to perform at Pride USA in New York. On arriving at the legendary Twilo Club in the early hours of the morning for a 5am show, the band were astonished to find over 5000 people outside in the street and another 5000 crammed inside to see them play. Further dates in the USA poured in, including a charity event attended by the President, and all was looking positive ahead of the new album release.

Then came the shock news that PULSE 8 were in financial difficulties and, soon afterwards, the label went to the wall, bringing the campaign to a shuddering halt. Worse was to follow …

The producer of the album, unable to be paid by the record label for outstanding fees, issued personal High Court writs against Paul and Lucia from the band. Using nefarious, albeit legal tactics, a judgement was issued before the pair could do anything and they faced losing everything. At the time, they were expecting their first child, so this was perhaps not the ideal time to be evicted.

Paul was in his local pub, quite possibly drowning his sorrows, when he got into a chance conversation with a stranger. After explaining his reasons for looking so down, the stranger suggested to Paul that he had an influential lawyer friend who he thought could help, and that he would be happy to make introductions, which he duly did. The lawyer friend was indeed very influential. One short meeting resulted in the judgement being overturned and thrown out.

SUNSCREEM found themselves legally free and able to move on but, understandably, their enthusiasm for the album had waned. The recording had been started while they enjoyed success on a major label and had finished with them penniless and disillusioned. The recordings were archived and the pair focused on other projects.

Over the years, a demand grew from fans to finish the OUT OF THE WOODS album and release it officially. A bootleg did exist, copied from an original promo distributed by PULSE 8 and, although it was incomplete and of low quality, it steadily became the favourite of many of the band’s supporters.

2018 now sees the 21st anniversary of OUT OF THE WOODS and Paul and Lucia have finally been able to dust off the masters of the album and fall back in love with it.

The album will be released on CD and Download on 23 November, more or less as it had been planned in 1997. The band have remastered all of the tracks to get the best sound quality without adding any additional sounds or vocals to the original mixes. It will feature the full thirteen tracks instead of the eleven found on the bootleg, and the original artwork – featuring photographer Simon Archer’s classic image of Lucia and her cello in London’s Covent Garden – has been recreated so that the CD booklet is as originally designed. 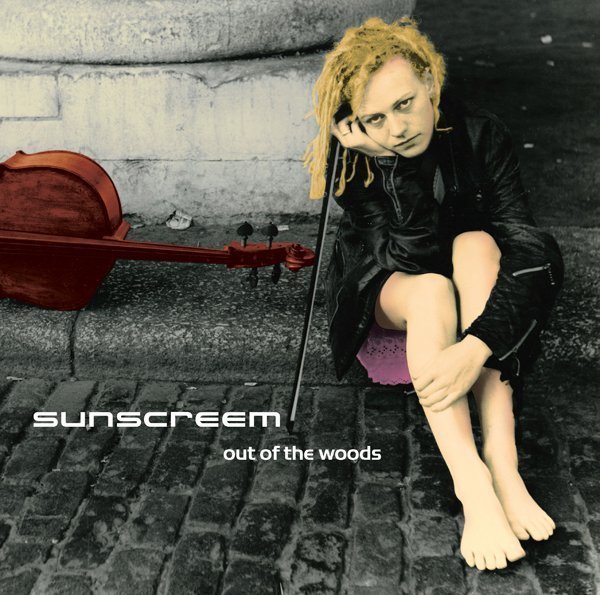 OUT OF THE WOODS | TRACK LISTING

Paul Sawyer has been on something of a roll this last 18 months. From his series of Greek mythology-inspired progressive house monsters, which were picked up by many of the major players including Solarstone who […]

INTERVIEW: Lucia Holm (Sunscreem) discusses the release of their ‘lost’ album, Out Of The Woods

With 12 UK chart singles to their name, plus four #1s and two #2s in the US Dance Chart, SUNSCREEM stood alongside The Prodigy and The Shamen in the 1990s in pioneering commercial electronic music. […]