Multi-platinum rock band STAIND has released a live version of “Mudshovel” from their upcoming album, Live: It’s Been Awhile, out May 7 via Yap’em / Alchemy Recordings.

The classic “Mudshovel” is from Staind’s 1996 self-released debut album, Tormented which led to the band’s first record deal with Flip Records. “There hasn’t been a gig since we first wrote this song in ’96 where we haven’t played Mudshovel,” says Staind guitarist Mike Mushok. “It’s definitely become a fan favorite and I have as much fun playing it now as I did back then.”

The forthcoming new album, Live: It’s Been Awhile will be accompanied by The Return Of Staind: A Two Part Global Streaming Series in partnership with Danny Wimmer Presents.

The series launches with STAIND’s Live: It’s Been Awhile (From Foxwoods) concert, which streams globally on May 1. The Live: It’s Been Awhile album and concert were recorded at the band’s comeback show at Foxwoods Resort Casino in Mashantucket, CT in October 2019. The never-before-seen concert celebrates the band’s reunion after a five-year hiatus.

STAIND will also be performing their iconic multi-platinum 2001 album Break The Cycle in its entirety for a May 8 streaming event, exactly 20 years after the album’s release.

Both global streaming events debut at 2:00 PM PDT / 5:00 PM EDT / 10:00 PM BST / 11:00 PM CEST on their respective days and will be available on-demand for 72 hours. Watch the official trailer for The Return Of Staind: A Two Part Global Streaming Series BELOW:

Purchase tickets for one or both of the STAIND global streaming events at StaindLive.com. Fans can also purchase bundles and VIP experiences, including exclusive merchandise, a custom STAIND guitar autographed by the entire band, and a virtual meet & greet with the band. 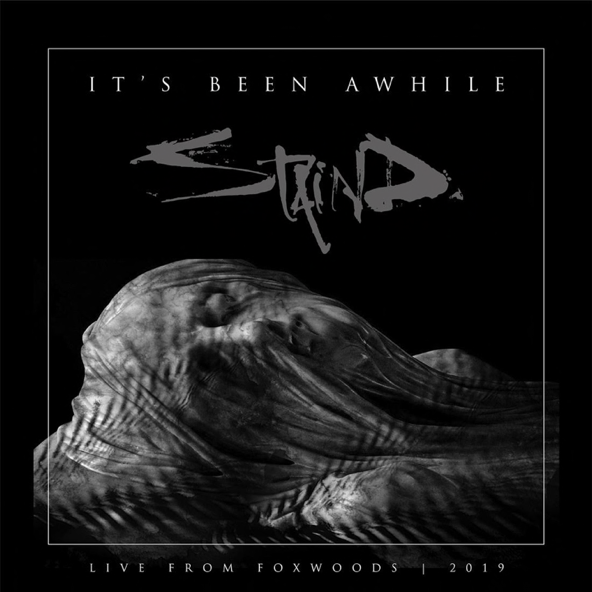