Check out this weeks 'Vinyl Five for Monday 08/06/2015', The essential vinyl you should own this week, carefully selected by Kenny Murdock from Belfast's best vinyl record store 'Sick Records, Belfast'. 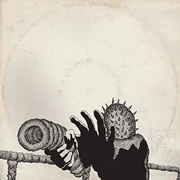 Very few bands have created a local stir in the way that Thee Oh Sees did two years ago with a phenomenal sold-out show at the Black Box. Though John Dwyer is the only constant over their 18-year existence, he shows no sign of slowing down creatively or in the live arena (check out You-tube clips of the new two-drummer line-up). “Mutilator….” Is another fantastic record. Gone is the 1000 mph garage-rock blitz of their early albums and singles. It’s been replaced with a more rhythmic, tuneful, Krautrock groove, first heard on “Floating Coffin”. Check out the 60’s pop sheen of ‘Sticky Hulks’ or the mellow jam of ‘Holy Smoke’ with Brigid Dawson back in the studio on keys. Another triumph ! 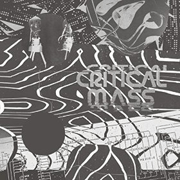 Not every new label begins with an Ivor Novello-winning album but that’s exactly what happened for Belfast’s Touch Sensitive with the soundtrack to “71” by David Holmes. If that seemed to set the bar a little high, we needn’t have worried. This second release, inside 12 months, can only consolidate their reputation. The fourteen tracks here will be unfamiliar to most but isn’t that the point of compilations ? To direct us to music we might, otherwise, have missed, right ? ‘FanFanFanatisch’ by Rheingold is a superb opener, like a teenage Vince Clarke noodling over a Kraftwerk beat, but at break-neck speed. The Method Actors’ ‘Bleeding’ sounds like a brilliant Talking Heads out-take but the true gem here is The Tee-Vees’ ‘War Machine’, which sounds like a fantastic mash-up of Lene Lovich, Stump and Gang Of Four. Having recently signed a distribution deal with legendary US label, Light In The Attic and with re-presses of this album (yes, already) and ‘71’ in demand and new albums from The Host and Documenta Drone Pop imminent, the future is bright for Mark Reid and Touch Sensitive. 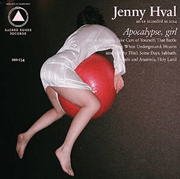 Jenny Hval’s last album, “Innocence Is Kinky” drew comparisons with fellow Norwegian, Susanna and Swedish electro-pop duo, The Knife. Exalted company, I’m sure you’ll agree. Now re-located to, quite possibly, the hippest label of the last two years, Sacred Bones, Hval’s illustrious label-mates have served as an equally motivating factor as her Scandanavian peers. Hval’s music has always challenged the listener. Whether it’s the unusual and repetitive phrasing or the disturbing chord sequences, there’s always been an over-riding feeling of furtively witnessing an unhinged episode of a struggle with a society, of which she no longer feels a part. That Battle Is Over’ feels like a mission statement, Hval icily declaring the death of out-dated ideals yet failing to offer a replacement over her most accessible melody to date. The theme of ‘Sabbath’ is equally un-settling, detailing an interpretation of a dream where Hval finds herself confused by sexuality. While comparisons to Bjork seem obvious, there’s also a similarity to the work of Luke Haines in Black Box Recorder. The spoken-word episodes are hauntingly reminiscent of Sarah Nixey and both artists share a similarly indifferent worldview. And that’s high praise in my book. 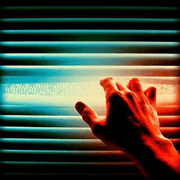 For horror movie aficionados, this will sound like their deepest, darkest desires coming true. Umberto is the man behind “Night Has A Thousand Screams”, a fictional soundtrack to an obscure Italian horror move, composed and performed live at the Glasgow Film Festival in 2011. Maiovvi is the man behind the Giallo Disco imprint and this album is released on an off-shoot of the Death Waltz label. Perfect, thus far.
The music doesn’t disappoint, either. It’s as you’d expect, dark, gothic electronica in the mould of John Carpenter’s Hallowe’en soundtracks, with the use of bare synth melodies, drone and strings to create a very real atmosphere. Occasionally Giallo imposes himself on proceedings with a few beats here and there but this seems like a successful collaboration which ought to be repeated. Anyone for ‘Death-step’ ? 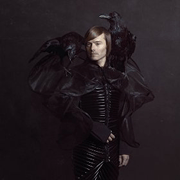 Jean-Benoit Dunckel is best known as one half of sublime, French popsters Air. On the eve of re-issues of that band’s entire back-catalogue, Dunckel has decided to introduce us to his new project, Darkel. ‘The Man Of Sorrow’ is a mini symphony reminiscent of a lot of the stuff currently happening on the Erased Tapes label. The title track blends the swell of cinematic strings with a very deliberate acoustic strum and some slide guitar and leads into ‘True Lover’, a shimmering slice of piano-pop which would have sounded at home on the ‘Virgin Suicides’ soundtrack. Best of all is ‘Santanama’, where insistent synth pulses and melodies compete for almost nine minutes before the track peaks in a blissed-out crescendo. Mesmerising !

Karen Dalton suffered from crippling stage-fright. She was famously tricked into recording her first album of covers by a studio manager who simply sent her home after hours of futile takes, removed the bulb from the ‘recording’ sign in the booth and told her, the next day, that they would run through her set before trying again. It meant that her own material never saw the light of day. Until now. Thanks to legendary guitarist, Peter Walker, who oversees Karen Dalton’s estate, her ‘lost lyrics’ have found their way into the hands of an incredible roster of modern female artists. The results are a revelation, from the forlorn beauty of the title track by Sharon Van Etten through the dreamy coldness of Marissa Nadler’s ‘So Long And Far Away’ to the lilting twang of ‘Don’t Make It Easy’ by Isobel Campbell. The one curveball here is ‘Blue Notion’ by Laurel Halo, a typically bleak, yet hypnotic, reading of Dalton’s rumination on the afterlife. This album is the least her memory deserves.

Check out this weeks 'Vinyl Five for Monday 27/04/2015', The essential vinyl you should own this week, carefully selected by Kenny Murdock from Belfast's best vinyl record store 'Sick Records, Belfast'.     A Girl...

Welcome to XS Noize MixTape #12, to showcase well known and up and coming bands/artists we are currently excited about and have been spinning over the past few weeks. Featuring: Shaun William Ryder, The Milltown...