Check out this weeks 'Vinyl Five for Monday 02/03/2015', The essential vinyl you should own this week, carefully selected by Kenny Murdock from Belfast's best vinyl record store 'Sick Records Belfast'. 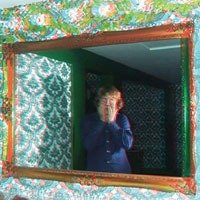 In the wake of Jack White’s vinyl innovations on Third Man, restless, pop Wunder-kid Ty Segall has upped his game with this new double 7” single, released on Famous Class Records. The music follows a familiar blue-print of high-energy Psych and Garage but this release comes in two translucent coloured discs which act as 3D glasses for the cover artwork if you line them up and peer through them. We, the people, continue to prosper from his search for sonic alchemy. 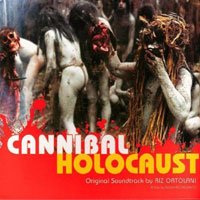 Never before released on vinyl, Cannibal Holocaust has long been considered the Holy Grail of Horror Soundtracks. Thankfully Death Waltz and One Way Static have teamed to lavish the score with much-appreciated attention, giving it a deluxe, gatefold release with accompanying booklet (available through the label and limited to 2000 copies) and a single sleeve, coloured vinyl issue for Independent retailers (limited to 1500 copies). It’s a stunning orchestral score at odds with the harrowing subject matter (Cannibal Holocaust was banned in the UK for years due to scenes of genuine animal cruelty). Though interspersed with snippets of menace, fans of the recent Duke Of Burgundy will find treasure within. 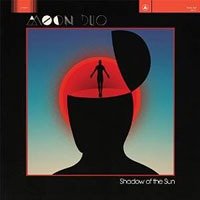 Shadow Of The Sun is the fourth studio album from Ripley Johnson (Wooden Shjips) and his partner Sanae Yamada. Their oeuvre never strays from sinister, compulsive melodies driven to the point of repetitive exhaustion by strident, motorik rhythm. Buoyed by a resurgent Psych movement, Johnson could challenge Anton Newcombe for the title of “Godfather” of the genre, but where Newcombe lazily relies on stolen chords and a mystique built around a decade-old documentary, Johnson attempts to lure our kids with a new, dark, hypnotic “dance music”. Don’t be afraid to follow this piper, kids !

The Notwist – Shrink (My Proud Mountain) 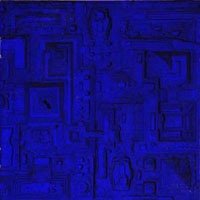 Long-overdue re-issue of Shrink, fourth album by German legends The Notwist, which was originally released in 1998. On Shrink, The Notwist leave behind their punk beginnings on a sprawling opus embracing Indie Pop, Electronica, Jazz and the atmospheric Ambient sounds found on the recent Messier Objects album. For fans of Mogwai’s Come On Die Young and The Field’s From Here We Go Sublime. 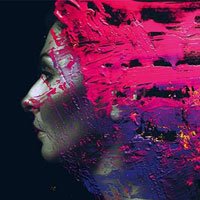 Steven Wilson doesn’t just record music. His albums are events, slavish art concepts built around media leaks and whispered half-truths. Hand. Cannot. Erase. is inspired by a news story about the discovery of a young woman’s body in a London flat three years after her death, with the TV, in the background, reporting current events from “a world that didn’t care”. The music is a modern Electronic take on the classic sounds of Pink Floyd, Genesis or Yes with a strong influence from Pete Townshend’s Lifehouse Project. Never the same and never dull.

Former Mansun front-man Paul Draper returns with his long awaited ‘EP ONE’ Friday 10th June on KScope. XS Noize Editor Mark Millar had a chat with Paul ahead of the release.   Hi Paul how does...

Steven Wilson has announced details of a completely unique special edition of his forthcoming sixth album, THE FUTURE BITES. ULTRA DELUXE MUSIC PRODUCT ON OBSOLETE MEDIA will retail for £10,000. All proceeds will go directly...

Check out this weeks 'Vinyl Five for Monday 27/04/2015', The essential vinyl you should own this week, carefully selected by Kenny Murdock from Belfast's best vinyl record store 'Sick Records, Belfast'.     A Girl...