With under a month to go, this is the last chance to secure tickets for a weekend to remember in Belfast. With 20% of weekend tickets  >> left and flights from London affordable, make sure to reach one of the UK’s most impressive electronic line ups without breaking the bank. Day tickets are available for those wanting to head to the festival on just Friday or Saturday, but act fast as they are flying out  >> 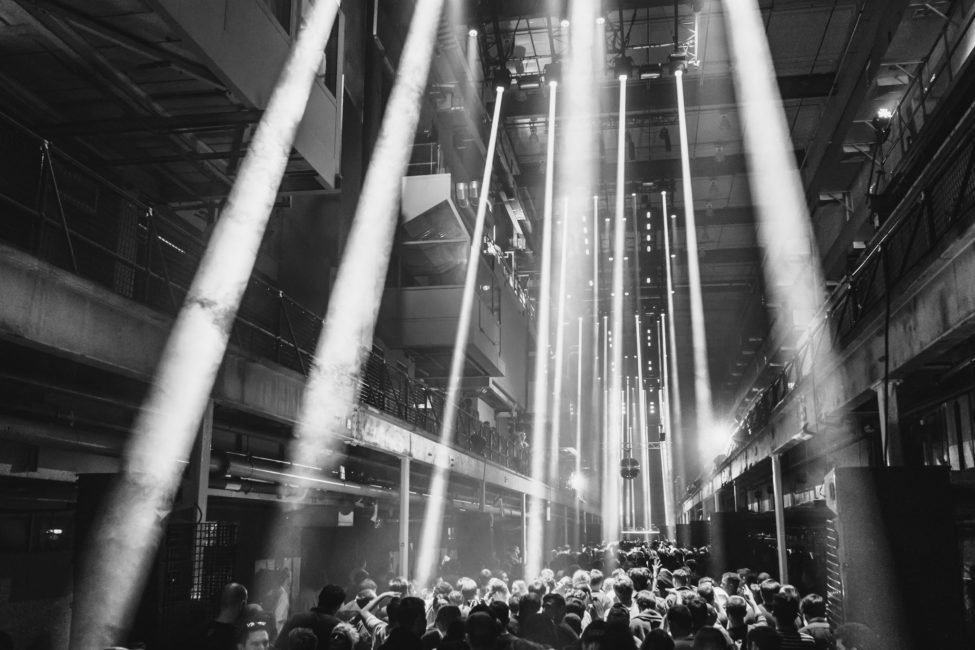 AVA has programmed yet another forward-thinking line-up for Saturday, with the ultimate party DJ Honey Djion, playing alongside Dublin born, New York-based  Krystal Klear, the ever popular London born, Berlin-based Call Super and Aperon Crew member Courtesy will head to Belfast. Techno mainstay Daniel Avery, Randomer, Rebekah and Special Request will also join the programme. The Irish contingent as always is out in full force with Brame + Hamo, Or: la and Saoirse all flying the flag.

That’s not all though, pulling out all the stops to celebrate year 5, AVA will open a brand new stage Unit 4 Warehouse, where ravers will have the chance to catch Mall Grab, Motor City Drum Ensemble, Eclair Fifi, LNS and more in a brand new and exciting space.

Known for its strong conference programme pushing music and arts forward throughout Belfast and beyond, AVA invites keynotes from The Black Madonna and Horse Meat Disco, as well as Resident Advisor, Red Bull Music, Help Musicians NI and PRS for Music amongst many more. Following in the footsteps of Bicep earlier in the year, Detroit legend Kevin Saunderson has been announced to sit down on the AVA sofa, giving an insight into his works as a musician.

Acting as an incubator for the visual arts scene, this year AVA continues to promote and un-earth the most exciting visual arts talent, with carefully curated AV Shows, and installations. AVA have partnered with Heverlee to curate an installation from London & Irish based collective ‘Colourblind’, and teamed with Red Bull to work with Irish collective ‘Visual Spectrum’.  Japanese collective ‘Intercity Express’ are providing a unique AV experience supported by the Sasakawa Foundation. Sprawled across the epic venue, a dystopian warehouse previously operating as a B&Q, will house the carefully design dance-floors with intimate stages and sharpened sound systems – proving why after 5 years, it is named one of Europe’s most innovative electronic music festivals.’ 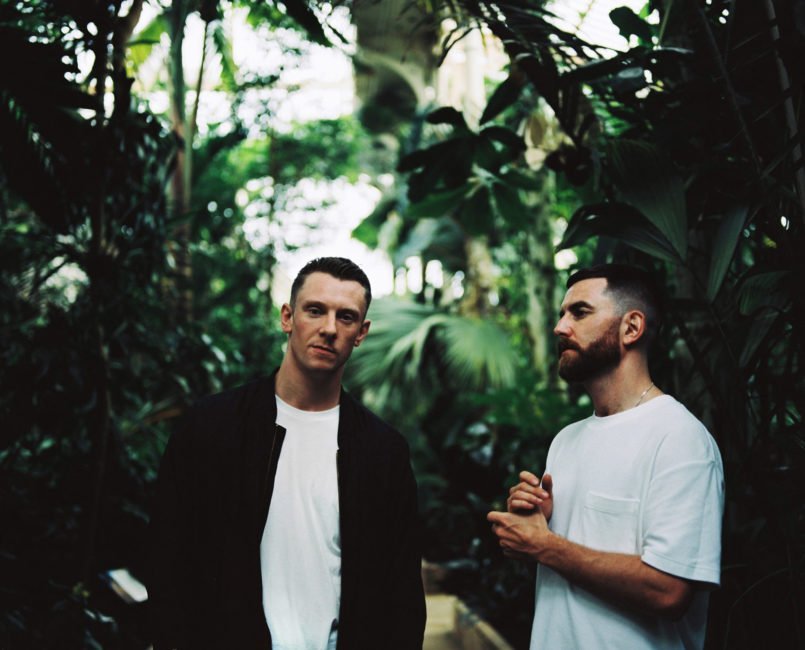 Those wanting to carry on the party into the night are in luck, as today AVA have announced two of the festivals legendary afterparties, this year taking place at Boom Box on Friday and Thompsons Terrace on Saturday some of Ireland’s most exciting producers Cromby and Brame & Hamo taking the headlining slots. Continuing into Sunday, AVA will host a party for those wanting to make a full weekend of it, with local lads Bobby & Jordan going b2b at Thompsons Terrace, joined by AVA residents and emerging talent DJs.

From the conference to the main event – there’s something for everyone and with less than 4 weeks to go, don’t sleep on full AVA weekend tickets with all previous tiers selling out in record time and flights for under £40 return from London. Grab a ticket now:  http://www.avafestival.com/tickets

The historical city of Belfast has a thriving creative community and is fast being labelled a mecca for electronic music heads the world over – AVA is the ideal chance to experience this for yourself.  With a spirit like that A city with a spirit like no other, AVA is a culture filled city break that won’t break the bank, with budget flights from UK / EU airports, plus an abundance of accommodation from hotels, hostels and Air BnB’s just a stones throw from the site, it’s an ideal, culture-packed weekend escape: 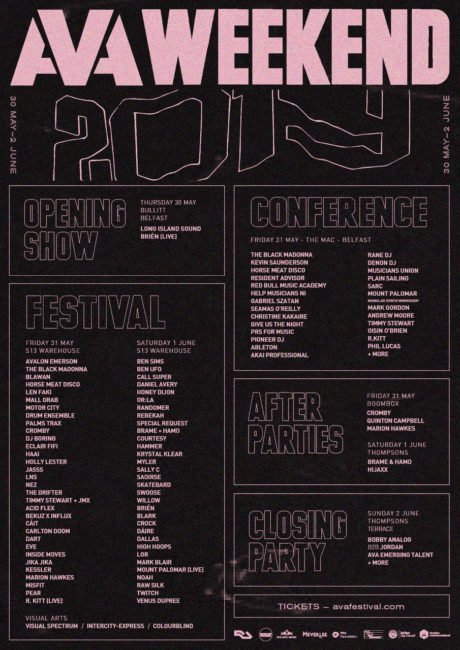 Standing firmly at the front of the music and digital arts space in Belfast for half a decade, today AVA Festival and Conference  ve line up to take note of with Motor City Drum Ensemble, Ben UFO, The […]