At 5 pm BST (12pm EST) on Friday 5th, a screening of the critically acclaimed film ‘David Gilmour - Live At Pompeii’ will represent the last of Pink Floyd’s four contributions to the @YouTube Film Festival, the preceding three of which have already garnered a total of more than 4.5million views.

The concerts were the first-ever rock performances played to an audience in the ancient Roman amphitheatre, which was built in 90 BC and entombed in ash when Vesuvius erupted in AD 79. David Gilmour is the only performer to play to an audience in the arena since the time of the gladiators, almost 2,000 years ago.

The film was shot in hi-res by 4k by director Gavin Elder and released in over 2,000 cinemas worldwide in 2017. The concert features songs from throughout David's career including the title tracks of his two most recent No. 1 solo albums: Rattle That Lock and On An Island. Also included are other solo and Pink Floyd classics such as “Wish You Were Here,” “Comfortably Numb” and “One Of These Days,” the only song that was also performed by the band in 1971. The live film also features an extraordinary performance of “The Great Gig In The Sky” from “The Dark Side Of The Moon,” which David rarely plays as a solo artist. 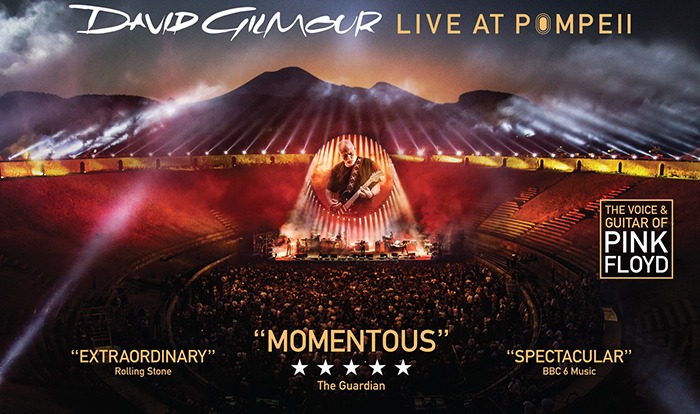 Bestselling author Polly Samson and Pink Floyd guitarist and vocalist, David Gilmour, have collaborated for the release of Samson’s forthcoming audiobook, 'A Theatre for Dreamers' (published by W.F. Howes on 25 June 2020). The ground-breaking...

Having sold over four million tickets in concerts that have taken place in 35 countries, The Australian Pink Floyd Show is rightfully hailed as one of the most in-demand touring entities currently operating. The Times...

While many students don't know what to do with themselves in college, others get the best out of their student life and even start a different career. Student life can be full of fun and...