To herald the record’s arrival, the group shared a brand new song entitled “All I Know About Girls.” Backed by a bright acoustic guitar melody, this sweet and slick country bop builds towards a clever and catchy hook, “All I know about girls is the wide world ain’t gonna spin without ‘em, but it’ll spin around ‘em,” before an admission of sobering stone-cold truth, “All I know about girls is…I don’t know nothing at all.”

The band initially teased this chapter with their new hit single “I Was On A Boat That Day.” Eclipsing yet another benchmark, the song recently achieved the band’s biggest radio impact date of their career, including being playlisted by BBC Radio 2. It has already gathered 20 million-plus streams and counting in addition to 2.2 million YouTube views on the music video. Sounds Like Nashville hailed it as “the up-tempo sand-bar anthem of the summer,” and Country Now promised the song “will quickly become the soundtrack to your summer.” Meanwhile, Rolling Stone applauded the tune’s “appropriately buoyant rhythm and hum-along melodies.” “I Was On A Boat That Day”  Watch the music video BELOW:

Time, Tequila & Therapy sees Old Dominion presenting 13 tracks, where the boys survey the ups, downs, trials, and tribulations of life, love, and friendships while infusing their signature country sound with songwriting eloquence and arena rock ambition. The opener “Why Are You Still Here” glides along on organic percussion and piano as the song ponders what an ex is up to, “I don’t want to know, but damn I want to know.” The upbeat “Hawaii” whisks Jimmy Buffet-style island bliss down south. Then, there’s “No Hard Feelings” where the guys “took a little Time, Tequila & Therapy and threw it in a blender with ice” before intoxicating with another hummable hook. The “Empress of Soul” herself, Miss Gladys Knight, duets with Old Dominion on the Motown-by-way-of-Music-Row soul stunner “Lonely Side of Town.” The action all culminates with the bluesy guitar twang of the finale “Ain’t Nothing Wrong With Love” as one final chant soars off to the heavens. Each band member—Matthew Ramsey, Trevor Rosen, Brad Tursi, Whit Sellers, and Geoff Sprung—notably participated in the songwriting alongside Shane McAnally and Josh Osborne.

2021 is shaping up to be another milestone year for the guys. Recently, they took home the “Vocal Group of the Year” award at the 2021 Academy of Country Music Awards for the fourth consecutive time since 2018. Not to mention, they garnered their first career GRAMMY Award nominations. A standout from their chart-topping self-titled third studio album, “Some People Do” picked up nods in the categories of “Best Country Song” and “Best Country Duo/Group Performance.” 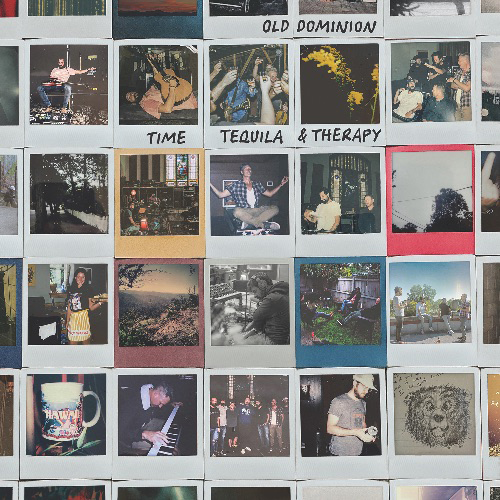 After teasing its arrival throughout the week, GRAMMY-nominated Nashville band Old Dominion have released their brand-new single “I Was On A Boat That Day.” It marks the group’s first new music since their 2019 self-titled...