May McFettridge is delighted to announce that, after many, many offers from opera companies all over the world, she will make her operatic debut appearance for Northern Ireland Opera at the Grand Opera House, Belfast. John Linehan, May’s driver, told us that May has been overwhelmed by the support (Playtex cross – your – heart bras work wonders!) she has received in finally achieving this career highlight and can’t wait to start singing!

Following 30 years of performing pantomime, May’s operatic debut is as the role of Frosch the Jailer in Die Fledermaus. Her similarities to Frosch are quite remarkable. Frosch, like May, would be fond of the bottle and usually ends up involved in mishaps and mayhem sprinkled with confusion and bewilderment. The result is pandemonium. Born, dragged up and still living in Belfast, May McFettridge is the greatest and most recognised character act in Northern Ireland and is loved by her public and peers alike.

2019 is the 145th anniversary of the premiere of Die Fledermaus, having first been performed in Vienna in 1874. Die Fledermaus or The Bat, is the jewel in the crown of the real King of the Waltz, Johann Strauss. The tunes stay with you forever. The humour is wicked. The atmosphere indulgent. It is a farce about men taking liberties, women taking control, and the dangers of dressing up as a bat.

It tells the story of Falke who wakes up on a bench with a killer hangover, dressed as a bat. His ‘good friend’ Eisenstein thought it would be hilarious to abandon him here after partying the night before, leaving him a long walk of shame. It’s been a long time coming, but tonight’s the night for Falke to get his revenge at the most glamorous party of the season where there’ll be champagne. What could possibly go wrong?

“The Bat, in German Die Fledermaus, is the world’s best and most popular operetta. If you love pure luxurious feel good music there is little more uplifting and indulgent than its incredible array of Viennese waltzes that sparkle even more than the champagne its characters are powered by. And, there’s so much more. It’s a brilliant comedy of male paranoia, bringing out the absurdity of man’s egomania and obsessions with sexual potency, conquests and status. In a masterclass of irony, it simultaneously seduces and ridicules us. It may be 145 years old, but its relevance today is probably even clearer than when it was written. Or perhaps it just shows us how little has changed. And if you can’t laugh at yourself then what can you laugh at?”

“Discovering new operatic talent is one of the great privileges of my role with Northern Ireland Opera. And, I think that in bringing May McFettridge to perform opera in the Opera House, Belfast will get a debut as noteworthy as Pavarotti’s here back in 1963. May already has a fantastic 30-year following for her work and we are proud that she has chosen us as the launch-pad for what we are certain will be a remarkable step into the opera world!”

May will be joined by Northern Irish baritone Ben McAteer (Eisenstein), who trained at the National Opera Studio in London and on the Guildhall School of Music & Drama opera course. He is a former winner of Les Azuriales Opera prize, the Guildhall School’s English song prize, NI Opera’s inaugural Festival of Voice. In 2018 he sang Marullo in Rigoletto for the company. County Down soprano Maria McGrann (Adele) is a graduate of Queen’s University Belfast and the Royal Irish Academy of Music, Dublin. 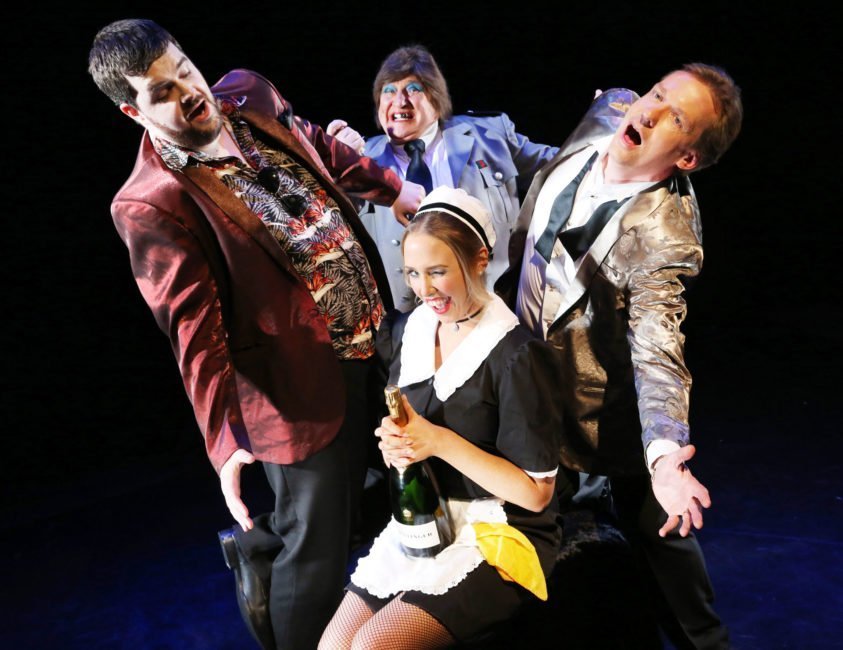 UK singer-songwriter Lewis Watson is pleased to announce a headline Belfast show at Oh Yeah Centre on Wednesday 21st October 2020. Lewis releases his third studio album ‘The love that you want’ on May 29th […]

The Legendary Supergrass came to Belfast’s iconic Ulster Hall on Monday night, leaving not a single seat free. Our Photographer Conor Kinahan was there to capture the night, take a look below.       […]