American rap collective BROCKHAMPTON are pleased to announce a headline Belfast show at the Ulster Hall on Tuesday, May 26th 2020.

XS Noize is giving away tickets to the show. For a chance to win, simply LIKE, SHARE & RETWEET via the social media links below.

Competition closes 9 am Thursday, December 12th 2019. Winners will be notified via social media. 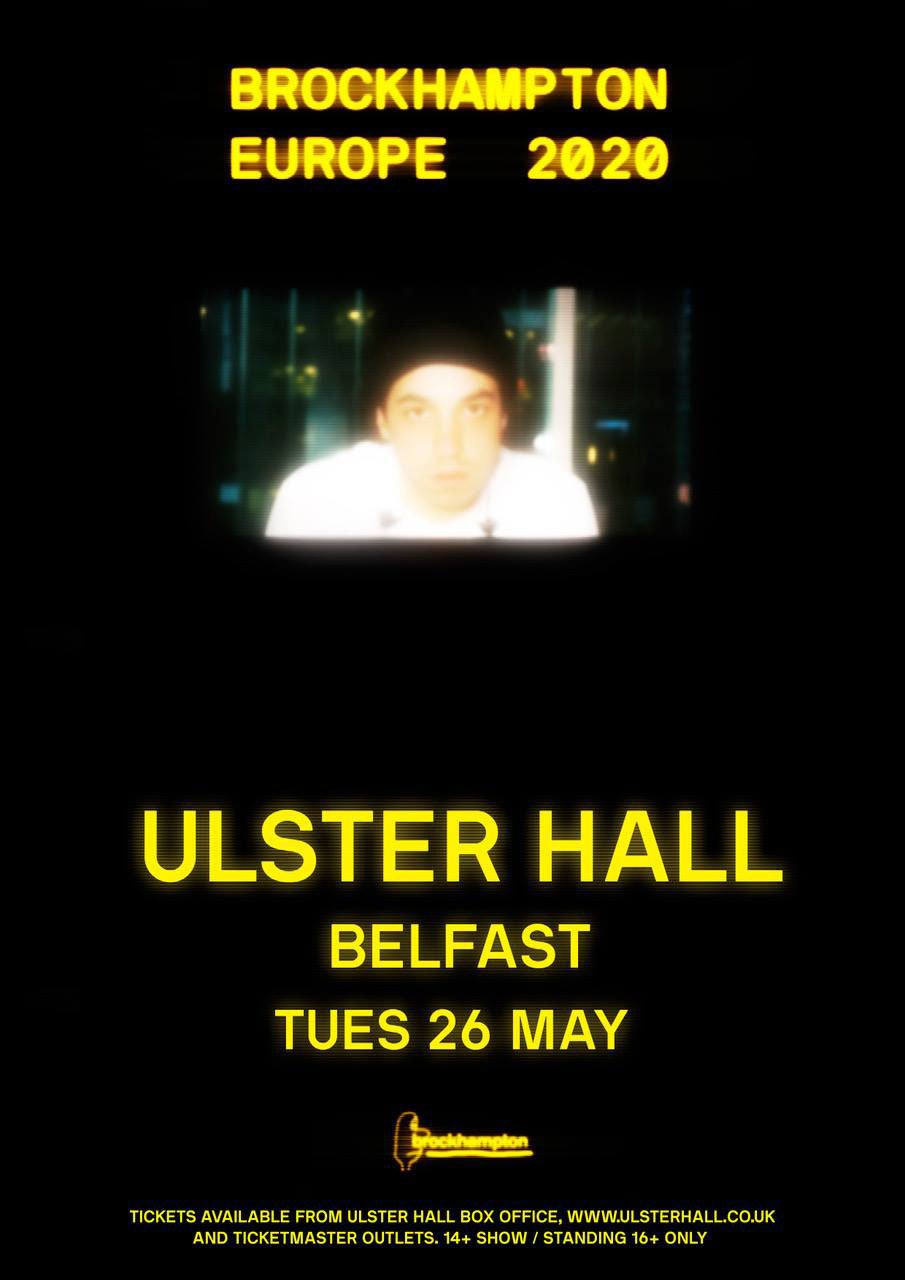 The European tour announcement follows the boyband’s standout set at Tyler, The Creator’s 8th annual Camp Flog Gnaw Carnival and caps off a year in which they released their fifth studio album GINGER, which the New Yorker described as “a testament to the forces of professionalization.” The band is currently wrapping up their biggest North American tour to date, including back-to-back sold-out shows in New York at Madison Square Garden’s Hulu Theater alongside slowthai and 100 gecs, which Brooklyn Vegan described as “an unrelenting, passionate performance.” The boyband also recently sat with GQ to breakdown their history in their own words and founder Kevin Abstract was featured on the cover of i-D’s The Post Truth Truth Issue in August, speaking with close friend and actor Shia Labeouf.

The biggest UK breakout star of 2017 Rag’n’Bone Man (AKA Rory Graham) has announced a headline show at Custom House Square on Friday, August 24th, 2018. With the release of the single‘ Human’ climbing to...

Indie singer/songwriter from Bangor, County Down Mark Hegan releases his new single ‘Love, Wait for Me’ on 13th February. The song was mastered by Rocky O'Reilly at Start Together Studios, Belfast. Mark has garnered industry...