Today, Lou Barlow shares his latest single, "In My Arms" from his forthcoming solo album, Reason to Live, due out 28th May on Joyful Noise Recordings.

Album opener “In My Arms” quite literally pulls from Barlow’s teen years, utilizing a sample of a recording he made in 1982! The track feels stuffed with burnished layers, Barlow’s dueling guitar solos and unique strumming patterns threading through the verses. “Lyrically, the song is about rediscovering the initial spark to make music,” he says. “I feel like I was finally able to re-embrace my fundamental inspirations to make music.” There are echoes of the four-track wizardry of Sebadoh III and the Sentridoh years, but lyrically Barlow cracks those layers apart to reflect on his newly layered life.

Watch the video for "In My Arms" - BELOW:

Lou says about the song and video:

The pandemic has kept me in one spot for the longest duration of my adult life. I’ve been touring every year since I was 19; I’m 54 now, and have managed to outrun most of my ‘issues’, my life continually stopping and restarting. Well, no more Rocker, time to face the music!

This song is about writing songs and how I’ve, admittedly, lost my way many times. But, in the depths of the quarantine, I came to realize, again, that entertaining myself with sound is my greatest defense against the non-stop chatter in my brain.

The guitar that begins the song is a recording from 1982 and one of the first melodies that I captured on a portable cassette recorder. I’ve never forgotten it and took the opportunity of a lengthy stay at home, among my stuff, to exhume and expand it.

The video documents how and where I augmented it: two drums on the floor of my attic and the room I record in. I also tried to get some psychedelic in-the-sun guitar shots because everyone keeps telling me the song sounds like the Grateful Dead and how much I look like Jerry Garcia. I have almost no knowledge of either but I’m happy to comply. I’m Grateful for the time I had to record this song, finish my LP and hold my loved ones the way that music holds me.

To celebrate the album release on Friday, May 28th, Lou will be doing a live performance at 7 pm EDT followed, by a Q&A. Check-in here.

After decades on the road and the never-ending hustle of life as an artist, Lou Barlow has tapped into a new confidence in the chaos. In 2021, the concept of balance feels particularly intimidating. Now more than ever, it’s clear life isn’t just leveling out a pair of responsibilities. Instead, we’re chasing after a flock of different ideals with a butterfly net. On Barlow’s new solo album, Reason to Live, he has come to an understanding of that swirl rather than trying to contain it.

As a long-time indie legend, Barlow has found a life akin to a middle-class musician. In recent years, he’s moved from Los Angeles back to Massachusetts, where he lives with his wife and three kids. And yet rather than settle into a comfortable malaise or yearn for the open road, Barlow’s strengthened urgency finds a way to merge the two instincts. Reason to Live is shambolic and grand yet intimate and doting, warmly acoustic and crackling with grit. “I had been struggling for a way to connect both my home life and my recorded life, but this record is the first time I've integrated that,” Barlow says. By folding the many facets of his life into one package, Reason to Live radiates with a renewed balance and calm.That comfort in complexity shines through even in the recording process, with select songs having origins in decades past and others written in the early stages of 2020. 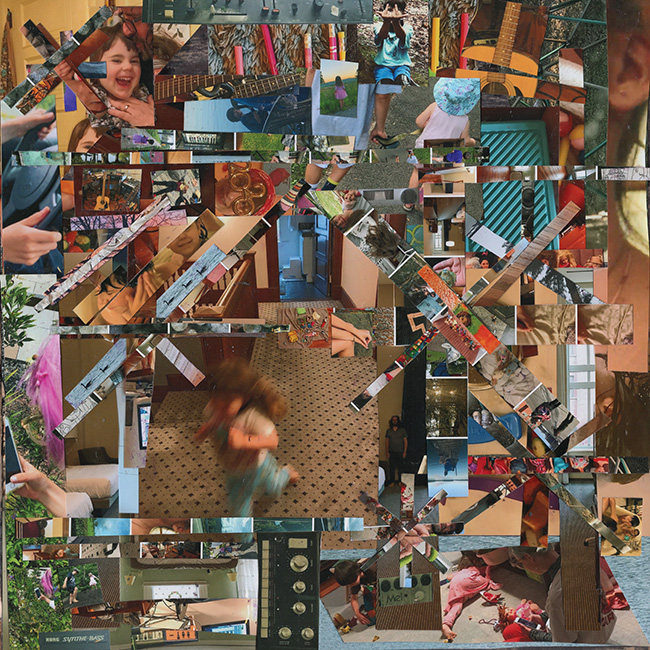 After albums with Sebadoh, Dinosaur Jr., Folk Implosion, and under his own name, listeners may have felt they knew the construction of a Barlow song, even that they knew Barlow himself. “People have this vision of me as this heartbroken, depressed guy, but this record feels so true to who I am, to this rich life I now have full of people I love,” he says. “The songs culminated over the last five years to show that music has returned to its central comforting role in my life. Now I’m home.”

Dan Volohov sits down with Lou Barlow, co-founder of Dinosaur Jr, Sebadoh and solo artist. In the interview for XS Noize, Lou discusses the recently released solo LP – “Reason To Live” and self-searching, the...