The Lumineers announce a new UK and European tour for 2022 which includes Dublin's 3ARENA on 27th FEBRUARY 2022. The band also release a live EP recorded on the last night of their tour before pausing for lockdown - ‘LIVE FROM LAST NIGHT OF THE TOUR’.

As Jeremiah Fraites holds a euphoric beat, and Wesley Schultz’s rich timbre fills a dark arena, the band are joined by a chorus of voices from thousands of carefree fans. The verve in the room is palpable, no one could predict that night, the epic impact the pandemic would wreak upon the world for the next year and some. The very next day the world paused and doors were closed as everyone retreated inside.

The tracklisting for the EP includes favourites Ophelia, My Cell, Donna and Gloria, along with the now unfamiliar, but heart-warming sounds of crowd appreciation and an audience joining in to sing. The vocals are mid-show raw, both poignant and joyous, the music up-tempo, yet pure low slung blues. A magical hybrid of Americana folk-pop, created with accomplished composition and musical grit.

Live From The Last Night Of The Tour is a perfect appetizer, before the band reset and fire up the juggernaut of buses, rigs & ticket sellers, to take the 2022 tour on the road throughout February & March. Almost two years after lockdown Wesley, Jeremiah and thousands of fans around the world will emerge, blinking into the spotlights for what is going to be one monumental reunion. 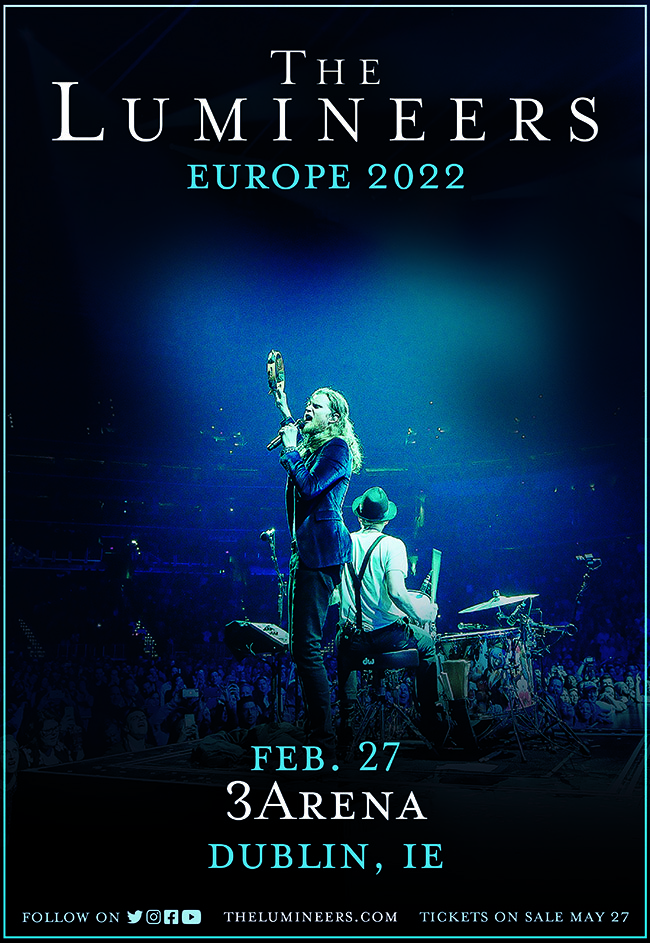 Il Divo has announced a fully seated show at Dublin’s 3Arena on 17 June 2019. Tickets go on sale this Friday at 9 am. IL DIVO celebrates their 15th Anniversary with their TIMELESS tour. The...

The Lumineers Reveal New Video For 'Sleep On The Floor'

Today, Grammy nominated Americana troubadours, The Lumineers, reveal the video for 'Sleep On The Floor'. Directed by Isaac Ravishankara (Ellie Goulding, Hosier, Phantogram), it is the third in a series of videos depicting the stories...

Ten-time GRAMMY®-Award, three-time Latin GRAMMY®-Award winning rock icon and Rock and Roll Hall of Fame guitarist Carlos Santana has announced he will hit the road across Europe this spring for the Miraculous 2020 World Tour. Making a...