It’s going to be a busy end to 2019 for Snow Patrol. The band play Olympia Theatre, Dublin on 26th November and Waterfront Hall, Belfast on 28th and 29th November and other UK dates on the Reworked Tour. On this tour, Snow Patrol will play re-imagined versions of tracks from their catalogue, as well as new songs from their Reworked album. Mark Millar caught up with Snow Patrol drummer Jonny Quinn to talk about the album and upcoming tour. 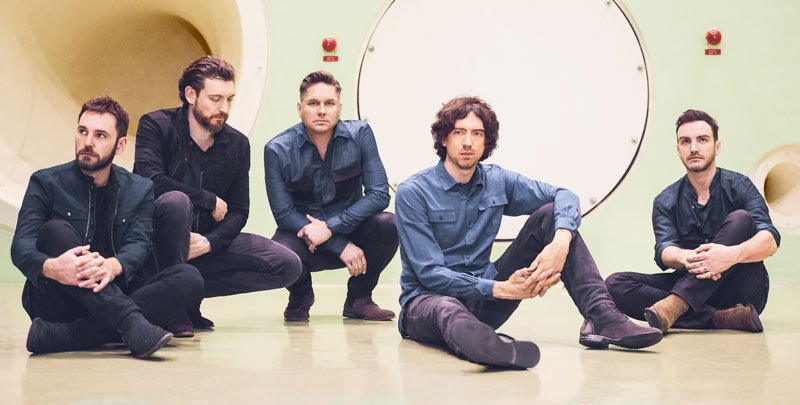 The band’s forthcoming Reworked album includes three new songs as well as 13 re-envisioned versions of classic songs and celebrates Snow Patrol’s 25th anniversary as a band. How did you decide what songs to include from your vast back catalogue?

Well, hits are always good ones to start with – people want to hear those, so we chose the singles then songs we liked. (Laughs) There’s no pressure on it commercially, which is good, and it was an excellent way to bookend 25 years with the ‘Reworked’ tour. Johnny McDaid had a studio on the road with us over the year, so we could go in and do our parts when needed and Gary could record his vocals on the way, so that was the setup. It wasn’t an album that we went into the studio for three weeks and blasted out.

I love ‘Crack the Shutters’ and ‘Take Back the City’ – those two songs are really cool.

One of the original songs on the new record is called I Think of Home which Gary wrote about his memories of growing up. What are your fondest memories about growing up in Northern Ireland?

Because I lived by the sea, I used to go fishing every day on Bangor pier and sell the fish to a shop called ‘Trap and Tackle’ for 5p each. It was a pleasant childhood growing up in a seaside town. There are a lot of excellent musicians from Bangor like Foy Vance and Two Door Cinema Club, Iain Archer and obviously, Gary Lightbody – there is definitely something going on there, it’s a great place to come back to.

Snow Patrol will play two dates at the Waterfront Hall, Belfast in November as part of the Reworked tour. Will it be similar to the last Reworked shows with an orchestra and will you be including older songs and B sides in the set?

It’s basically the same band and set up we had last time, and we have about one hundred songs to learn. Unlike the arena tour, we can play songs that a lot of people might not know, and songs that we love playing, and a lot of songs people have asked for, but we couldn’t usually play them. It’s a different kind of gig with a seated audience, so we will have more free reign than we would normally. It’s going to be two and a half-hour-long set, with a big long setlist, and an intermission in the middle – it will be a very different gig than we usually do.

Will you be taking the Reworked tour outside the UK?

We were thinking of Europe, but it is very expensive to do – with so many musicians and instruments we couldn’t afford it. We were looking at taking it to Germany, Holland and Belgium, but cost-wise we couldn’t make it work. Especially as we are playing small theatre venues – it would be at a loss, so we decided it would only be worthwhile playing the UK.

Snow Patrol recently performed to 35,000 fans in Bangor, Northern Ireland at Ward Park 3 which included a special guest appearance from Bono. How was the night for you?

We had just come back from LA the day before, so we were jet-lagged, and it was quite surreal in many ways. A lot of people advised us not to do it because festivals weren’t selling out anywhere unless it’s Glastonbury and Reading. So it was a very risky thing to do, so we were weren’t sure whether to do it or not – we were told that we would lose a fortune.

It was really special for us to put on a Northern Irish bill – and it was a solid bill, and we filmed it as well, so there was a lot of pressure on us. To see that we pulled it off, and were able to sell out, and the stage didn’t fall down was such a relief, and it was a really exciting moment that it came together.

How did you get Bono involved?

We have asked him to appear at all the previous Ward Park shows – he’s a very busy man. Gary said, “Should we ask him again?” And we said, “Yeah sure, he can only say no.” We have done a lot of support tours over the years with U2, and we get on very well. He got back to us and said, “I might be able to do it – I have a few things on that day, but I’ll see what I can do.” We weren’t sure he was going to appear right up until the moment that he walked on stage. I was looking overthinking, “Is he actually here?” (Laughs) He did no soundcheck – he literally drove up half an hour before he was on stage. That was a relief.

Portaferry singer-songwriter Ryan McMullan recently filled in for Johnny McDaid during Snow Patrols shows in Australia and Asia. How was that?

Ryan had been out in America with us, and we needed a keyboard player. He’s a brilliant keyboard player and such a big Snow Patrol fan, and he knew all the songs so he could step in no problem. And whenever we needed someone quickly, we knew he would know the set and we couldn’t think of anyone better – he’s a fantastic talent. We had to cancel a whole load of festivals, including Glastonbury, which was a real disappointment for us. But at least we were able to play some of the dates over in Asia.

Iain Archer also had to step in for Nathan Connolly when he injured his hand. How is everyone now have they all recovered?

Nathan is better – he was on the Asian Tour, and Johnny’s surgery went well. He will be fine for the ‘Reworked’ tour, so he is on the mend, but it was a serious surgery he had. His spinal cord had been compressed to the point if he had fallen over badly, he would have ended up in a wheelchair. They really did catch it on time. Whenever he got the scan, the doctors said: “You need to go into hospital as soon as possible for surgery.“ It was terrifying, but luckily he got it on time.

This year Snow Patrol’s hit Chasing Cars was announced by the PPL as the most played song on UK radio of the 21st Century. That must have been a very welcome surprise for the band.

Yeah, I thought it would have been Robbie Williams ‘Angels’ for sure or an Ed Sheeran song. It’s not something that we ever contemplated – it just shows how much we know. It’s fantastic, and it has got people playing it again, which is always nice, and reminds people we are still here.

Snow Patrol are recipients of the 2019 Oh Yeah Legend Award. In recognition of the band’s extraordinary achievements over the last 25 years, so to say things are going well for the group is an understatement.

I’m relieved that we are still going – there was a point when Gary had writer’s block when we all thought we might never play again. I knew that Gary wouldn’t be able to go out and play without doing a new record ever! So there was a real fear amongst us that the band might be over. I think the relief that we got an album out eventually, and started playing again, was the biggest joy for us.

Because of Garys writer’s block, it took seven years to release Wildness. Will fans have to wait as long for the next new album of original material?

Snow Patrol has been doing this for 25 years now. Looking back, do you have any particular highlights?

When we played the Ulster Hall four nights in a row, that was a significant shift for us – it was incredible. We weren’t doing anything like that anywhere else, and that’s when everything changed for us in a lot of ways, and it has never stopped – it was a wild rollercoaster ride I’ll always remember.

Where are the bands favourite places to go for a night out in Belfast?

We still like to go to the Duke of York – that’s our favourite place. Also, we go to the Mexican La Taqueria because Nathan and Gary have a small share in the restaurant – the food there is fantastic. And I also enjoy going to the Crown bar – it’s still great, you can’t beat it.

Out of all the records in your collection who do you have the most albums by?

Oh, that’s an interesting one. Weirdly, it’s Rush. I used to be a massive Rush fan when I was fifteen and was into progressive rock – I think I have eighteen of their albums, which is just ridiculous. (Laughs) 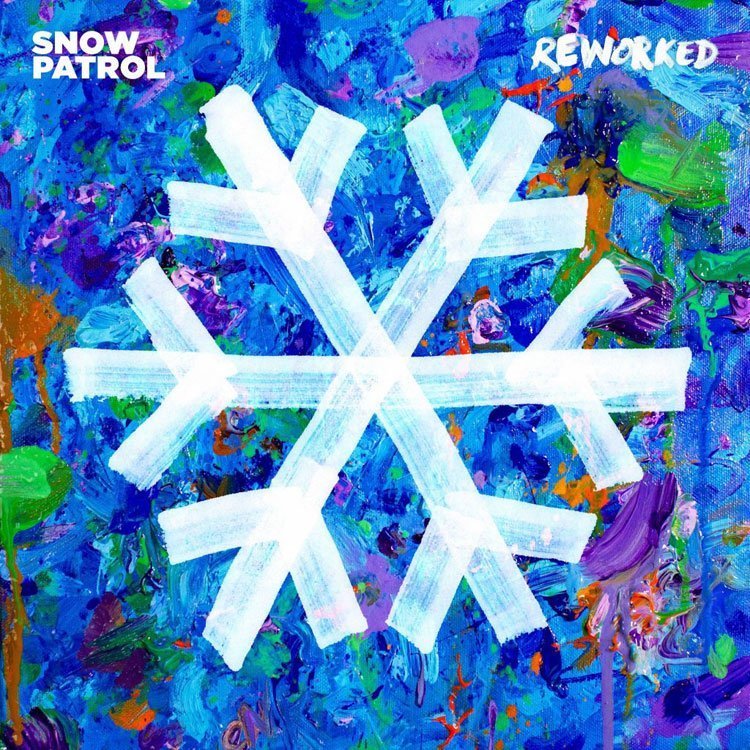 ALBUM REVIEW: U2 – Songs of Experience

The word iconic when assigned to a rock band carries a certain weight and when the band is soon to clock 40 years in their existence that weight can become a burden. U2 long ago […]

Another day and more U2 album rumours have been circulating around various news websites and fan forums. This has been the longest break between U2 albums in their history, their last album was 2009’s epic ‘No […]