The second soundtrack album from Graham Coxon - featuring original songs and score from the new series of acclaimed Channel 4/Netflix show ‘The End of the F***ing World’ - will be released as a digital download on 8th November 2019 ahead of a vinyl release scheduled for January 2020.

Following his soundtrack for last season, Graham Coxon has returned with all new original songs and score for the hugely popular RTS Award-winning and BAFTA-nominated series which returns to Channel 4 today and Netflix on 5th November.

The 20-track album was written, composed and performed by Coxon and recorded in his home studio during the summer of 2019. The first track to be released is titled ‘She Knows’, listen below:

Over eight addictive episodes in 2017’s series one, written by Charlie Covell, viewers followed teen runaways James and Alyssa on a darkly comic road trip, which saw them caught in a spiral of dangerous events. Charlie Covell returns to write ‘The End of the F***ing World’ which is inspired by the characters from the award-winning series of comic books by Charles Forsman and is directed by Lucy Forbes (In My Skin) and Destiny Ekaragha (Gone Too Far).

Down To The Sea
Dining Room Stand-Off
Madder Than Me
Mash Potato
A Better Beginning
Bonjour, Monsieur
Bonnie The Kid
Hat
Beautiful Bad
I’ll Race You Home
Layby Eyes
This Time Tomorrow
She Knows
Something Sweet
Wedding March
Fly Away
Threw It Away
Why Are You Crying?
Meaner Than The Sea
Vale 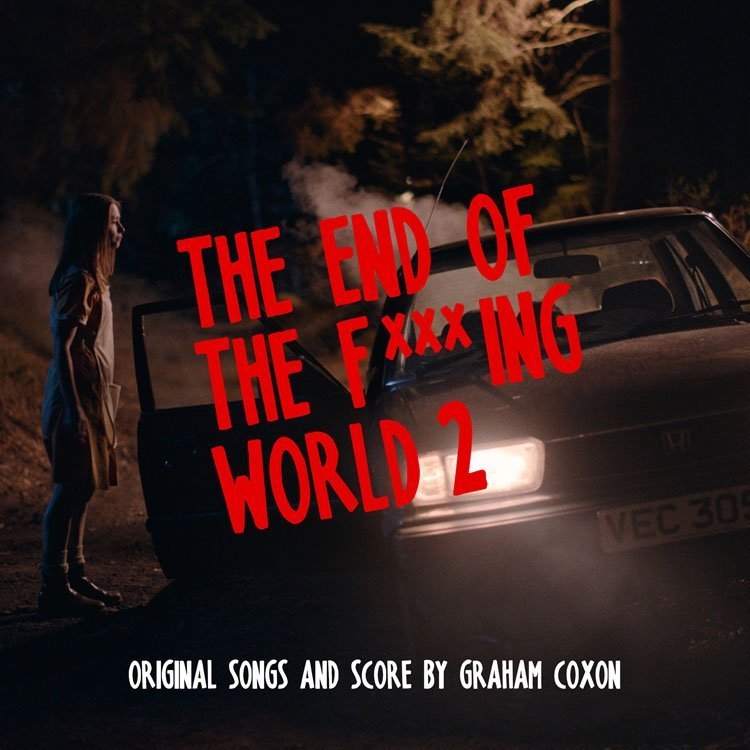 Chiefly known as the guitarist in Blur, Graham has also played saxophone and drums on many Blur tracks. He composed 1997's “You're So Great” and sang vocals and composed much of the band's 1999 hit single “Coffee & TV”. Blur’s latest release, the 2015 album ‘The Magic Whip’, which Graham produced alongside Stephen Street, debuted at No 1 in the UK album chart.

The four members of Blur came together once again on Friday night (29 March) at Leytonstone. The surprise performance was part of the Africa Express gig held by Damon Albarn as part of the Waltham...

After a 12 year wait, Britpop’s forerunners, Blur, release their 8th studio album, The Magic Whip, on 27th April. Thanks to Coxon’s sudden departure during the recording of 2003’s Think Tank it is their first...

Stephen Street is a legendary British music producer best known for his work with The Smiths, The Cranberries and Blur. Stephen also collaborated with Morrissey on his debut album Viva Hate following the split of...