An established film-maker and visual artist, as well as a musician, Kojaque’s multi-media performances and projects, are unlike anything else in Irish hip-hop; brutal, honest, and beautiful at once. Mark Millar caught up with Kojaque to talk about ‘Deli Daydreams’ and his upcoming headline Belfast show at The Limelight 2. 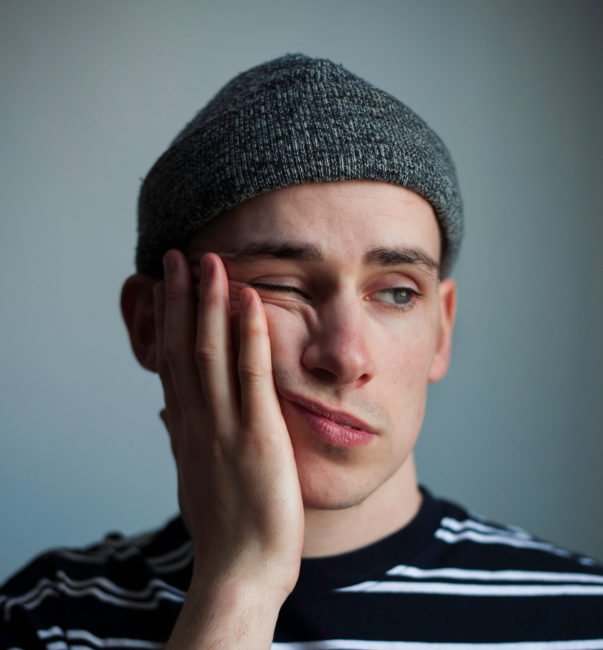 When did you start rapping?

What rap artists do you admire?

K: Earl Sweatshirt, Slowthai, DOOM, The Streets, Kendrick I love all their music.

Other than rap artists, who else in music inspires you?

K: I love Toro Y Moi, his aesthetic and attitude towards music is inspiring, MNDSGN and Flying Lotus inspire me to be a better musician and to take risks.

Your album ‘Deli Daydreams’ is a concept album based around a week in the life of a Deli worker. Is it autobiographic?

K: There’s a lot of me in it for sure, but it’s not the story of my life or anything, just a bunch of experiences I’ve had or witnessed told through this kind of basic narrative.

What was your songwriting process for the album?

K: Each song had was different, some just poured out of me in no time, like Eviction Notice or Politicksis, others took a lot of time, I had to claw them into existence.

‘Deli Daydreams’ has had a great reception and was nominated for the prestigious Choice Music Prize in Ireland. How did that feel?

K: It felt amazing, I recorded the album myself in my bedroom, I mixed it with my brothers and had it mastered and the beats were done by Jar Jar Jnr or by me, so it was a real achievement to have it be nominated against all these amazing artists. I would have loved to win, I could have done with the money. Next year maybe

Why did you decide to start your own label Soft Boy Records?

K: We didn’t see anybody else doing it in Ireland and we were pretty naive which always helps.

What acts on the label are you excited about?

K: I’m excited by all of them, sometimes I forget how talented they all are until they send me new tunes and I freak out again. Kean Kavanagh has some belters coming out, so does Luka Palm. Five To Two are working away, Wastefellow is a perpetual energy machine and GAPTOOF cannot be stopped, it’s a good time for us. We’re hoping to expand the roster too so that will be fun.

Do you think there is a healthy music scene in Dublin at the moment?

K: It’s the best I have ever seen it.

You are a poet, MC, filmmaker, and label boss of Soft Boy Records. Where do you find the time to fit it all in?

K: You can get a lot done if you delete Instagram.

You are playing a headline Belfast show at The Limelight 2 on Wednesday, May 1st 2019. Are you looking forward to playing to the Belfast crowd?

K: I can’t wait, I did a support slot for Kate Tempest in Belfast like 3 years ago but haven’t played there since it’s gonna be chaos!

How do you find being an artist in today’s music climate?

K: It’s exceptionally difficult I cannot lie. I feel I’ve seen a lot of success recently which is amazing and quite hard to come by but I still struggle financially, there really isn’t money in music so you have to be very resourceful. There are people doing great things to try and create a healthier infrastructure for the artist, like Give Us the Night, trying to open venues for artists and changing licencing laws but we’re far off perfect.

K: I’d say MF DOOM or Kendrick, I know their tunes back to front, I went through an obsessive phase with them both and haven’t been able to get their lyrics out of my head.

Rising Irish Rapper KOJAQUE is pleased to announce a headline Belfast show at The Limelight 2 on Wednesday, May 01st 2019. ON SALE NOW via Ticketmaster.ie & Limelightbelfast.com

Following their SOLD OUT Belfast show in 2018, Bicep return to their hometown in April 2020 to perform their stunning, immersive live show at The Telegraph Building, Belfast on Saturday, April 18th 2020. Built around […]

Simple Minds celebrate 40 iconic years in music by embarking upon a major world tour in 2020. Today the band announce details of the tour’s European dates, which covers 38 shows across 12 countries and […]

Scottish alternative rock outfit Fatherson, are pleased to announce a headline Belfast show on Thursday 14th November at Voodoo. The band who released their new album ‘Sum Of All Your Parts’ in September 2018 have […]