PALE WAVES played an amazing show at Limelight, Belfast as part of their biggest UK and Irish headline tour. The tour is the band’s first since Covid struck and follows their second album WHO AM I? which reached #3 in the UK album chart. The Show was a fantastic spectacle. Bernie Mc Allister was there to take these fantastic shots.

Consisting of frontwoman HEATHER BARON-GRACIE; drummer CIARA DORAN; guitarist HUGO SILVANI; and bassist CHARLIE WOOD, Pale Waves released their debut album MY MIND MAKES NOISES in 2018, by which time they had already won the NME Under the Radar award, had been nominated for the BBC Sound of 2018 shortlist, and had toured with fellow Dirty Hit label mates and mentors the 1975.

When the album charted at #8 in the UK, Pale Waves were seen as less of a breakthrough act and instead one of the most important emerging indie-pop bands in Britain. The release of the Top 3 WHO AM I? album cemented that status further. 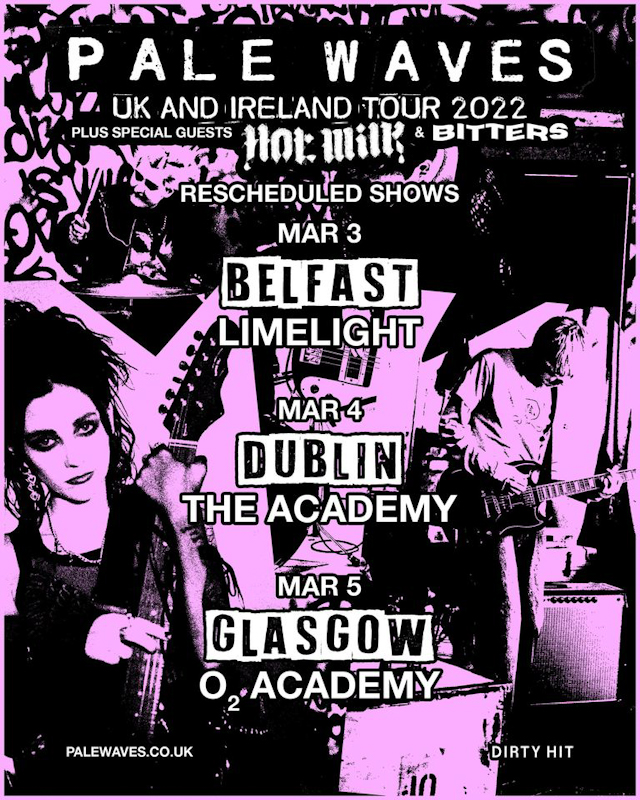 UK rock band RIDE is pleased to announce a headline show at the Limelight 2 on Friday 07th June 2019. The bands most recent album release ' Weather Diaries' is the fifth studio album by...

THE CORONAS return to Belfast’s iconic ULSTER HALL this December. The band have performed festival slots all summer at Sea Sessions, Live At The Marquee Cork, Galway Arts Festival & Indiependence as well as their...

What a Christmas party this will be! Legendary Manchester band Happy Mondays are coming to Limelight Belfast on Saturday 3rd December 2022. The rave scene pioneers return with the full classic line-up including Shaun Ryder...