Touts released their new EP Analysis Paralysis, on 9th November 2018 and the new track, ‘Can’t Blame Me, which sees bass player Luke McLaughlin assume vocal duties for the first time. Mark Millar caught up with the band to talk about the Belfast show, upcoming album and Amber Leaf. 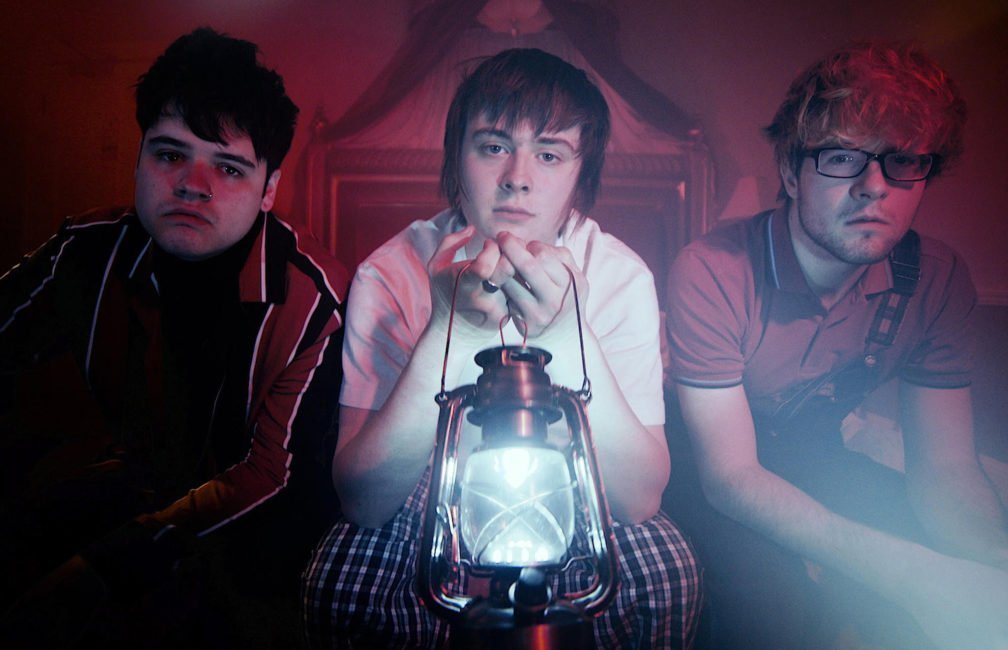 Touts play a headline Belfast show at Voodoo on Thursday, March 21st 2019. What do you enjoy about playing Belfast?

It’s nice because it’s sort of local and the crowd can understand us better than a lot of other places because of the accent. On the same token playing Belfast as a support act presents a bit of a challenge, not so much anymore but definitely at the start Belfast always seemed to be harder to please than other cities but maybe we're just shite.

Touts have released a new track ‘Before We Go Forward’.The track is a cover of a ‘lost’ song from the legendary Joe Strummer, originally recorded by The Clash frontman in 1984. Why did you decide to record that song?

Well if someone presents you with a lost Joe Strummer track that could’ve easily been taken off any of The Clash albums you don’t generally turn it down. It goes without saying that it’s a brilliant song and means just as much now as it did then.

Touts have released a string of singles and EPS. Will there be a Tout's album anytime soon?

Yes, we’re getting ready to record it, it’s really taking shape now and it’s crazy to see the culmination of the past few years work present itself in the form of an album. Mind you saying that a lot of the work for it has been done in the past few months. We can’t fucking wait to get it out.

How does it feel being a new band in the current music climate?

As with anything it has it’s up and it’s downs, especially with our sound. Everyone’s obviously sick of seeing headlines like “guitar music is in a bad way these days” it’s just not what the majority of people listen and it’s a shame. I don’t think we’ll ever see guitar music have as much clout as it did in the 20th century but you never know. People that like guitar music now generally are more into it because it’s something that you have to search. I think that generally, people who go see guitar bands would consider themselves “music heads”. Obviously, you find them across all genres but especially with guitar in this day and age. There’s something very real about that can’t be faked.

There are some great acts coming Derry such as you, the Wood Burning Savages, Soak and Roe. Is there something in the water down there?

Apart from fluoride and shite, I don’t know, maybe there is. Ireland itself has a vast history of music and it plays a very integral part in people’s cultures and lives. Derry has a good history of music and musicians but for the most part, is often looked over as it’s never a touring destination for bands playing Ireland it’s either Dublin or Belfast. Having said that though there’s a young promoter called Lochlainn Kelly who is doing wonders for the scene. He seems to be spearheading another generation of music fans and ultimately artists by booking some great bands.

Do you think there is a healthy music scene in Northern Ireland now?

Aye and no it fluctuates a lot. It’s fair to say I suppose at the minute it’s in a good state. It could be better. But if you look at techno the scene here for that is incredible. I think it’s consistently good at a grassroots level but there’s not many big big bands that play here.

Are there any other Northern Ireland bands you are into?

The Undertones, Stiff Little Fingers and the likes of Rudi and The Outcasts go without saying. Mosmo Strange are good so is Kneecap and Dirty Faces.

The Rolling Stones or maybe Simon and Garfunkel if you count there solo work.

Sunflower Bean are fucking lethal, Courtney Barnett, Love, Bedouine our friends Queen Zee are deadly to. There’s too much to mention.

What does the rest of 2019 have in store for Touts?

Our tour this month, hopefully, another tour in summer, loada festivals and thon album.

TOUTS are set to tour Ireland & the UK in March, with support from Dublin band Inhaler. Full dates are listed below.

Belfast punk legends Stiff Little Fingers played an amazing show at Custom House Square on Saturday night with special guests The Damned, The Defects and The Buzzcocks. Clair McAllister was on hand to take these...

Europe played an amazing show at Belfast's ULSTER HALL on 11th September with Special guests King King as part of their walk the earth world tour. The show featured songs from the new album “Walk The...