Manchester's Gigantic Indie All Dayer brought generations of Indie music to the stage in a day of musical mayhem, combined with a real ale and cider festival in the afternoon with a sizeable range of home brewed specialities made for a great day's entertainment. Raffle tickets were being sold throughout and the prize draw brought in a huge crowd just in time for The Primitives, who kick off the all day festival. The venue really started to pack out shortly after and The Gigantic Indie All Dayer was now well under way.

Almost everyone inside had a drink in hand, ready to swig and listen to some great music. Two huge branded flags were suspended either side of the stage with Gigantic Indie All Dayer spread across them, blue and yellow lights were hitting the stage and glaring onto the crowd. The Primitives started the day off and pulled in a big crowd, Tracy Tracy was dancing around the stage as if the last 2 decades hadn't even passed by, wearing her bright pink tutu and a glittered neck wear, the whole band rocked the stage and set the crowd up for a great day ahead. They blew the music lovers up screaming into song with their 1988 hit Crash, everyone got up jumping, Tracy ended the set saying "Enjoy the rest of the show, ciao" Straight after the set the arena cleared as people went to catch the last few songs on another stage. 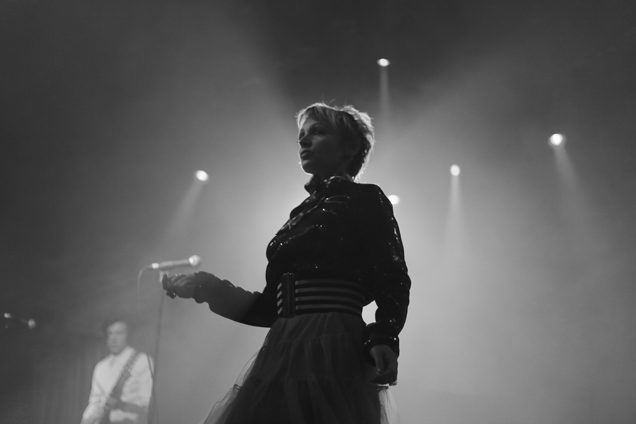 It quickly filled up back in time for Hurricane #1 who were the second act on the main stage. Sadly their set was cut 10 minutes short due to a complication with the frontman's amp. They still played a boisterous set blasting out some tunes from their new album, their rocking guitar and punchy kick drum made up or lost time. Alex Lowe announced they were about to play Think Of The Sunshine; their first single in 17 years, as they kick it off the roar of the crowd fades out into the summer sounding melody. 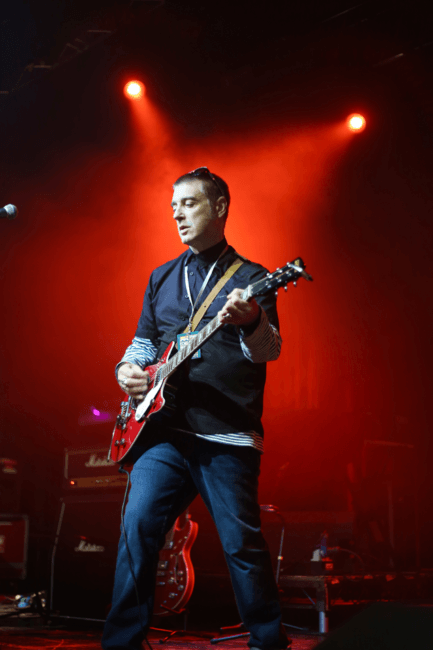 After the set, I had a chat with guitarist from Hurricane #1 to find out what he thought of the day so far, he said "Loving the vibe, it's a sunny day in Manchester and I'm looking forward to watching The Bunnymen and also Inspiral Carpets because I've never seen them live before so I'm excited to see them too!" John Sterry of Gang Of Four was stumbling across the stage, his presence was like a man possessed and it was extraordinary to watch, he briefly left the stage for one song while Andy Gill took over. The lead singer was wearing his trademark long trench coat throughout the set and stopped to thank the crowd shortly after the 4th song. By this point the majority of the crowd's feet are tapping to the beat of Damaged Goods, the post-punk band from Leeds were far from amateur today, they got the crowd energised and ready for the next acts on stage. 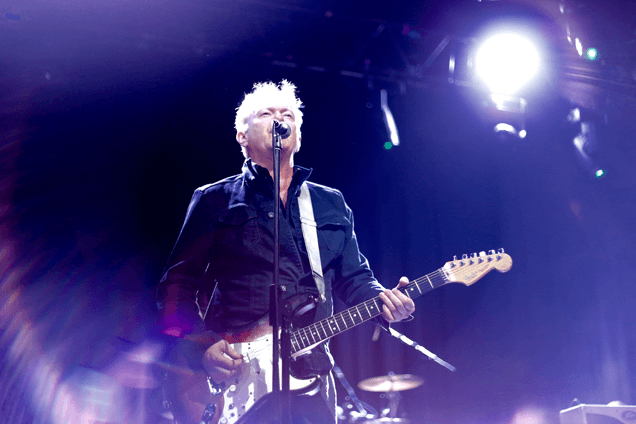 Pop Will Eat Itself pulled in the biggest crowd since doors opened, jumping around on stage rubbed off onto the audience as well, everybody was happy and everyone was singing! Frontmen Crabb and Byker chest bumped half way through the set and fans went mental! They played their classic PWEI-Zation, beat sounding like the shower scene from Psycho and the crowd are loving it, growing in size as the set went on. Their set was what I could only describe as nostalgic excellence, finishing with Their Law. After PWIE and all that dancing around, everyone dispersed to grab a bite to eat and a refreshment, plastic cups scattered across the floor where the audience stood, that is until Inspiral Carpets strolled on stage and mesmerised the crowd! The Oldham alternative rock band played a fantastic set. As the academy reached full capacity, concertgoers were rushing in from every entrance to watch and listen, a rumble of Moos" and "Who are ya's?" from the crowd in excitement as they waited patiently for the band to come on. The northern slurs spread out across the crowd throughout the set and they played the classic This Is How It Feels to get everyone grooving. 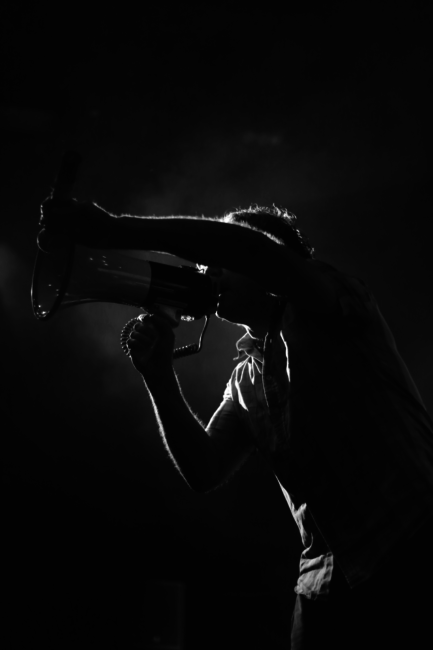 Echo and The Bunnymen blew up the main stage when they came on, as if the anticipation had built up all day just for that spectacular moment. The crowd's capacity was now way over 2000 music lovers. All anyone cared about now was The Bunnymen. Plastic cups full of ale were up in the air as the house lights hit the crowd for the Liverpudlian group. "Hello Manchester!" are the first words to leave McCulloch's lips and they went straight into Crocodiles, fists pumping as the intense bass drums carried through the audience. The Bunnymen's set was by far the loudest of the day with clouds of dry ice covering the stage and strobe lights flashing at every other symbol crash. 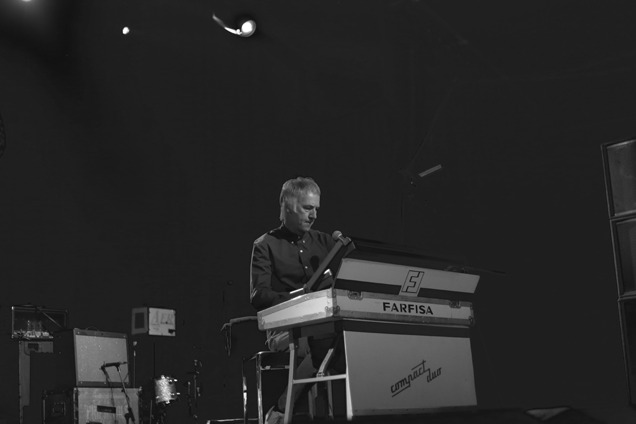 Their set was a phenomenal conclusion to the Indie All Dayer. The fluffy haired frontman filled in the silence of the crowd by saying “I've always loved Manchester, I remember one of our first gigs here, we sold tickets and with them were free eggs, chips and bacon!" Everyone stayed hushed for Meteorites which was the only gloomy song of the set, the crowd getting a 10/10 for attentiveness from McCulloch I can safely say the day overall was astounding, brilliant bands played on each stage and the musicians looked like they all had as much fun as the crowd did. I would highly
recommend you buy tickets for next years All Dayer!

It’s been less than a year since Alex Lowe reformed Hurricane #1 and released their critically acclaimed album Find What You Love and Let It Kill You. They have finished recording the follow up album...

Pioneering post-punk band, the Gang of Four were formed by guitarist Andy Gill in the bricolage punk rock fallout culture of late seventies Leeds – a place where art was a mirror and guitars were machine guns. They...

ECHO AND THE BUNNYMEN - METEORITES

Echo and The Bunnymen return with their 12th studio album Meteorites and their first since The Fountain five years ago. In the down time between Bunnymen duties, Ian McCulloch released his acclaimed fourth solo album...