On 14th August, Demon Records will release a Deluxe Edition vinyl box set collecting for the first all the studio albums of the much loved and respected Nineties’ band Gene. The Albums box set features all four of the band’s studio albums: Olympian, Drawn To The Deep End, Revelations, and Libertine on different coloured 180g heavyweight vinyl.

Inspired by the songs of The Smiths, The Jam and The Faces, Martin Rossiter’s literate vocals and Steve Mason’s fluid guitar lines were perfectly complemented by the intuitive rhythm section of Kevin Miles and Matt James.

In May 1994, after signing to the Costermonger label, which journalists Keith Cameron and Roy Wilkinson founded specifically to release Gene’s songs, the double A-side ‘For The Dead’ / ‘Child’s Body’ was released. The single was named ‘Single of The Month’ in Select magazine and ‘Single of The Week’ in NME.

Further Single of The Weeks followed for Gene’s second single (a triple A-side consisting of ‘Be My Light Be My Guide’, ‘This Is Not My Crime’ and ‘I Can't Help Myself’). This coincided with the band’s rapid ascent, which saw them acclaimed for their impassioned live performances; winning Best New Act at the NME’s annual Brat Awards; adorning the covers of both NME and Melody Maker, and following singles ‘Sleep Well Tonight’ and ‘Haunted By You’ both entering the Top 40 Singles Chart.

In spring 1995 the band released their much-anticipated debut album Olympian. Charting at number 8 in the UK (with the title track entering the Top 20), it was both a commercial and critical success, receiving across the board acclaim.

After further winning plaudits for their live shows and extensive touring, in 1997 the band released their second album, Drawn To The Deep End (their first album for Polydor). Another Top 10 album, it was also another critical success with Q Magazine awarding it four stars. The same month the band played with a full orchestra to a sell-out audience at the Royal Albert Hall. Transmitted on Radio 1, the event was commemorated by the release of two live EPs in tandem with the last two singles from Drawn to the Deep End.

This was followed in 1999 by Revelations. Recorded in under a month to capture the energy of their live shows, the album was a much rockier affair than it’s predecessor and featured several tracks that were highly critical of New Labour. The band toured the album to rapturous response, selling out many venues as well as making a successful appearance at Reading Festival.

After parting ways with label Polydor, Gene spent 2000 touring the world and playing a sell-out US tour. The band then released two new songs – ‘Rising For Sunset’ and ‘Somewhere in the World’ – both which were featured on their final album, 2001’s Libertine. Released on their own Sub Rosa Records label, it was to be the last studio recordings of a much loved and still widely regarded indie band of the era.

The Albums Deluxe Edition box set features 8LPs, including the B-sides, and live compilation To See The Lights, housed in a rigid vinyl box. Comprising of four studio albums, each album is presented with original artwork and printed inner sleeves. Pressed on 180g heavyweight coloured vinyl: Olympian (180g White Vinyl), Drawn to the Deep End (180g Maroon Vinyl), Revelations (180g Green Vinyl), Libertine (180g Pink Vinyl), and To See The Lights (180g Gold Vinyl). Includes a booklet with written notes by the band and a piece by journalist Keith Cameron, who signed the band to his Costermonger label in 1994. All five of these albums are sought after and have not been made available for some time. 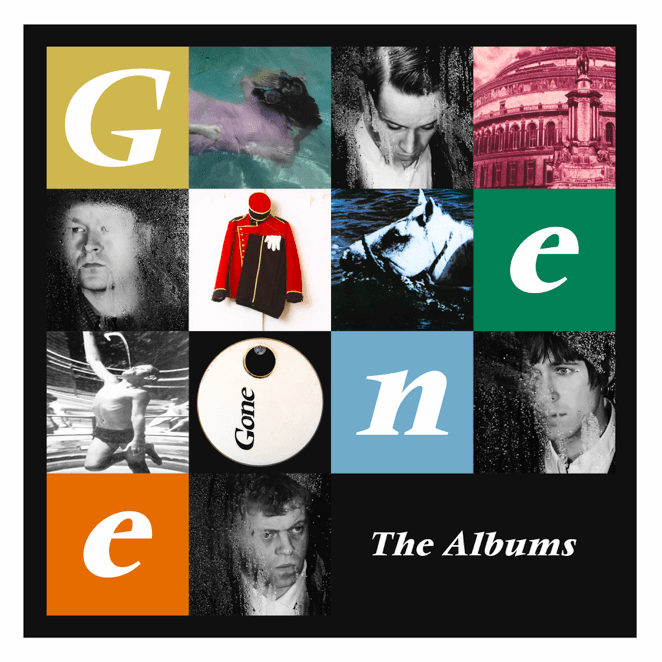 To See The Lights

Drawn to the Deep End

The box set will also be available on CD, presented in a deluxe box set with original album artwork. As with the vinyl box, it includes the five albums, a booklet and written notes by the band and respected journalist Keith Cameron. In addition there are three bonus discs: Drawn To The Deep End rarities and B-sides, Revelations single edits and B-sides, and Libertine demos and bonus material.

CD3: Drawn To The Deep End

ON THE TURNTABLE: Gene - Olympian

Short, sharp and frank reviews from a confessed vinyl junkie. I’ll be posting my most loved records and most recent purchases right here for your perusal every week. The recent reissue of the debut album...

In hindsight, it's easy to see why Gene stood out amongst all the other British guitar bands that emerged in the mid-'90s, but it would also be a lie to claim that they had nothing to...