Everything Everything opened a new chapter in their career with the release of their recent single ‘In Birdsong’. Premiered by Annie Mac at Radio 1 and launched with a striking self-animated visual, ‘In Birdsong’ hit key streaming playlists and gained wide support across radio, while also landing praise from NME, Pitchfork and The Sunday Times. The latter described the song as, “Extraordinarily beautiful… just: wow.”

Now the band announced that their eagerly anticipated new album Re-Animator will be released on 21 August. It has been launched with the new single ‘Arch Enemy’, which was premiered as Annie Mac’s Hottest Record in the World. Re-Animator follows 2017’s A Fever Dream, which debuted at #5 on the Official UK Albums Chart. It was nominated for the Mercury Prize as well as two Ivor Novello Awards, and the band celebrated by playing their biggest headline show to date at London’s Alexandra Palace

The band’s approach to Re-Animator was to streamline the creative process by focusing on harmonies and melodies over synths and programming. The inspiration came thick and fast: wonderment at the wider world despite the horror of its politics; existentialism and the prolonged, if fading, the youthfulness of being in a touring band; and the ominous threat of climate change. All things which contribute to a sense of one door closing while another awaits.

Extensive reading shaped such ideas further, especially in regards to frontman Jonathan Higgs’ fascination with the eminent psychologist Julian Jaynes’ theory of the bicameral mind. It argues that early in human evolution, the two sides of the brain were next to each other but functioned independently. In essence, one side would hear the other sending instructions via a disembodied voice - a zombie-like state of pre-consciousness.

“This idea of the divided self captivated me,” said Higgs. “Jaynes attributes this to the origin of gods, people ascribing deity status to this voice they could hear in their head. All this blew my mind, and I started thinking of ways I could make this a central concept. It really touched me. So across the whole record, there are millions or references to this theory – to having a split-brain, two selves, hearing voices.”

Fittingly, the album also emerged in two stages. A year of writing and demoing was followed by two weeks recording at RAK last December with producer John Congleton (St. Vincent, Sharon Van Etten, David Byrne). He complimented the band’s back-to-basics nature by encouraging them to record quickly and decisively. It’s a looser, less cluttered sound that heightens their focus on the fundamentals of songwriting.

The new single ‘Arch Enemy’ channels that energy. It’s a song of contrasts: an irresistible, sunny melody and sinuous art-funk rhythm with lyrics that plumb the depths. Higgs commented: “‘Arch Enemy’ sees a modern-day protagonist searching for a meaningful God. Finding only a congregation of greed, toxicity and waste, in the form of a sentient fatberg in the sewer, he duly prays to it, willing it to purge the decadent world above that has created it. These growing grease mountains are a curious juxtaposition of the modern and the ancient; a brand new example of archaic squalor.”

Listen to ‘Arch Enemy’ - BELOW:

Re-Animator sets its positive tone right from the start with the glorious pop energy of opener ‘Lost Powers’. ‘Big Climb’ is then constructed for the dancefloor, albeit with far darker lyrics that offer a climate emergency-themed anthem for the youth.  It all comes to a head with the climatic New Order-meets-Springsteen epic ‘Violent Sun’, an anxious and euphoric celebration of defiant unity in the midst of end times. In short, ‘Re-Animator’ is that Everything Everything excel at. It’s beautiful, provocative, literate and mood-enhancing.

Re-Animator is now available to pre-order HERE. It will be released on CD, vinyl, cassette and digital formats. Please see HERE for updates on the band’s future live shows and releases.

Everything Everything - Re-Animator - out 21/08/2020 via Infinity Industries 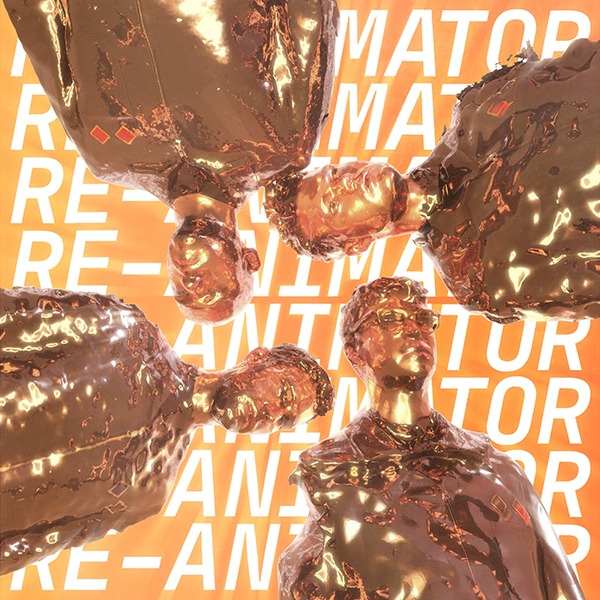 3. It Was A Monstering

7. Lord Of The Trapdoor

EVERYTHING EVERYTHING share dystopian skateboarding zombies video for 'Black Hyena'

EVERYTHING EVERYTHING - Announce their biggest ever tour for spring 2018

Everything Everything’s latest single ‘Arch Enemy’ was premiered as Annie Mac’s Hottest Record in the World on Radio 1 and quickly picked up attention from NME, Pitchfork, Dork, DIY and The Independent. The song is...