Platinum-selling and Grammy Award-winning musician Bryan Adams has announced live arena shows for Belfast and Dublin in summer 2022 with a headline tour.

Widely considered one of the most iconic rock musicians in the world, Adams has countless accolades and awards and has sold more than 65 million albums worldwide.

The tour is in support of his 15th studio album set for release in March 2022, aptly titled So Happy It Hurts.

29 May The SSE Arena, Belfast 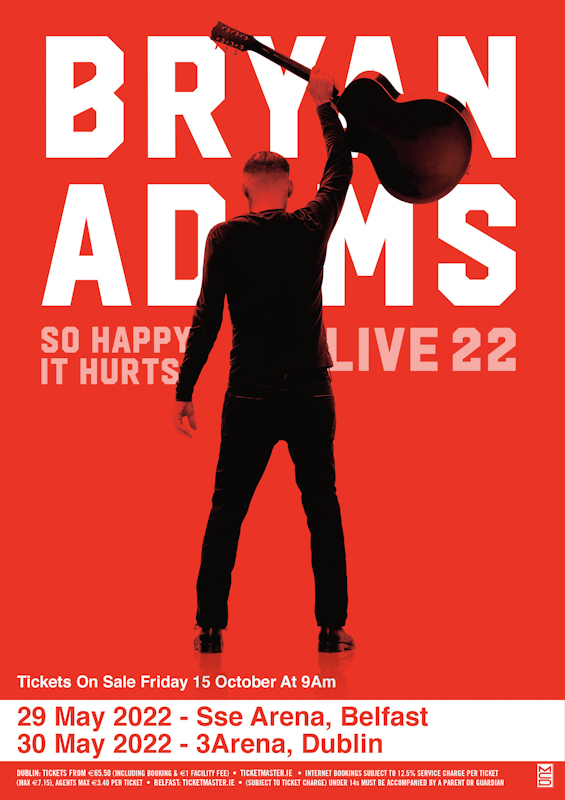 Catch Bryan Adams live in concert in Belfast and Dublin next summer.

Tickets go on sale at 9 am this Friday at www.Ticketmaster.ie

Royal Blood have just announced their biggest Irish headline show to date with a performance at 3Arena, Dublin on Sunday November 26th. After becoming the biggest breaking British rock band with their self-titled 2014 debut...

Seasick Steve has come a very long way in the 15 years since he burst into the public consciousness with his amazingly raw, powerful and emotional performances on TV, becoming a household name overnight. It...