Blood Harmony is the fifth studio album by American singer-songwriter Dave Hause - in case you’re wondering, that’s “pronounced like pause, or cause, dammit,” according to his Twitter bio.

The album is an accomplished collection of tracks written during Zoom sessions with his brother Tim and recorded in Nashville with a group of musicians Hause lauds as the “cream of the crop”. Significantly, it’s also the first album he’s releasing through his own label and his first since becoming a father.

His last album, Kick, came out in 2019 before the birth of his twins, and while Blood Harmony continues with a sound that’ll be familiar to fans, its tone and lyrical content are markedly different. Kick’s references to holy wars and lunatics with nuclear codes are swapped for fatherhood, the nostalgia of summer holidays and the desire to sell everything that isn’t nailed down and retreat to a secluded island. Book ending the album are Northstar, which is an ode to the stability and security of family life, and Little Wings, where Hause ponders how he’ll guide his sons as they grow up.

“I guess I knew my life and my perspective was really going to change (with children). And it did,” Hause tells XS Noize. “There was a bleakness and a darkness permeating that album (Kick) that will always be accessible for me as a person who writes, but I didn’t think my mind would be as busy with those things when I had children. It hasn’t been - I’ve been really disciplined about going to therapy and being their dad and not ruminating about my own bleakness.”

“We’re in a weird spot as a species. We’ve only had technology for a brief time. We’re getting such a press of information and we’re not evolved enough to take it in and synthesise it. But we’re all addicted to it. I can’t wrestle my way through that and stay sane. I have to turn it off and focus on things that are less temporal; the things that guide you. For me that’s family and music. I got caught up in all of that, when it felt like we were in a fight for our lives as Americans with the Trump administration. I realised over time I was part of the maelstrom by letting him and that whole thing impact me every day. I was playing his game. Sometimes you gotta play your own game.”

Separated for several months because of the pandemic, Dave and his brother Tim used Zoom to write the songs for Blood Harmony. They’d structure their week around writing and ensure that they’d have something to play for each other in time for that they called “Pencils Down Friday”.

“I’ll look back on the beginning of 2021 as joyful,” he says. “Tim and I were working together each day, turning in song demos at the end of each week. It kept us really dedicated and honest and creatively compelled, it was wonderful. I think we’ll try to take that idea forward. It’s tough when you’re a working musician who can live off your work but you don’t have a hit - hits allow you to carve out time and you can rest and be with your family. We don’t have a Mr Brightside!”

Hits or not, the brothers Hause have turned their talents into a family business, and it’s fitting that Blood Harmony is the first album to be released under their own label of the same name. The experience of releasing the double EP Patty/Paddy in 2020 was key in encouraging them to take the step into self-releasing. That, and some of the punk spirit longtime followers of Hause from his days in The Loved Ones will be no stranger to.

“I don’t like being told what we can and can’t do,” he says, using the example of negotiating release dates with labels to make the point. “I get it, I think the logistics of labels are key if they’re focused on a big artist. It just became clearer and clearer to us that this is a family business. We realised that we could do this. It would give us honest work and we would reap the rewards. We could continue to be independent musicians, we could make our own schedule with regards to releases and tours. It just felt like a comprehensive way to control our own destiny.”

Even without the clout of a big name label behind him, Hause assembled a who’s who of musicians in Nashville to record Blood Harmony. They include producer Will Hodge, Brandi Carlile’s drummer Chris Powell, Bruce Springsteen and The E Street band bassist Garry Tallent, acclaimed session guitarist Tom Bukovac and Jason Isbell’s guitarist Sadler Vaden, to name a few. The sum of those influences, alongside the maturing of Hause’s songwriting, results in a beautifully produced album which is a clear step forward in his catalogue.

Gentle guitar swells add depth to the acoustic opener, Northstar; Plagiarist features a chunky, chugging guitar riff while the bouncing country bass line in Surfboard and the explosive dynamics of Snowglobe are all elements which take Blood Harmony to another level.

The production and recording was completed in Nashville but Hause says the core of the songs were written during sessions with his brother.

“That’s how I approach songwriting. Make sure the core is sturdy and then if you want to produce it in a rock way, a folk way, a rap way, an experimental way, hopefully the song is sturdy enough that it can hold those clothes up.”

Hause recalls with fondness the moment he asked Chris Powell about working with Brandi Carlile and remembers Garry Tallent’s “disarming charm”, saying the whole recording process could have been daunting but turned out to be “so magical.” He credits guitarists Bukovac and Vaden as “masters of tone and playing” who took his ideas for Snowglobe, threw in a common love of Soundgarden, and turned it into one of the album’s stand out tracks.

He’s not the first riotous punk singer to swap distortion for an acoustic guitar. Comparisons can be drawn with Brian Fallon of The Gaslight Anthem, Alkaline Trio’s Dan Andriano and Frank Turner who once fronted Million Dead. According to Hause, the common thread is a focus on songwriting, and that allows him to tour both with his band and acoustically with Tim.

Listen to episode #56 of The XS Noize Music Podcast with Dave Hause - BELOW:

“Coming from punk rock, so much of what’s compelling about it is the energy, the excitement, speed and volume. It’s sometimes what gets you through portions of songs that are just ok. You can be an ok songwriter and be a really popular punk band. Guys like me and Brian (Fallon) aren’t looking at those bands as our north stars; for us it’s Paul Simon, Leonard Cohen, Tom Petty and Joni Mitchell and in that genre they all can play with just a guitar or piano. That’s what we’re reaching towards, that kind of timelessness. It’s not that strange to me to play stripped down because that’s what those people have done, because they’ve written sturdy songs.”

“I still think of the band as the most complete version of what we’re going to deliver. I guess my approach to it is to be open and stay open and see how far you can take a song up the mountain. Whether that’s with the band, or Tim and I, we’re aiming for the same thing which is a transcendent experience for us and the people who have gathered to see us play; to try to get outside of ourselves and do something that’s more like magic. The closest thing I’ve experienced to magic is music. Music is this other alchemy that’s really amazing. When you gather people together and you’re singing and they’re singing, and you’re pushing them by doing something a little bit different but there’s an element of familiarity because they’ve followed what you’re doing. That can be so transcendent not just for us but for the people there.”

The brothers have completed a duo tour in Germany and will see out 2021 with several more acoustic shows before linking up with their band for a run of gigs across the UK and Europe in 2022. Beyond that, Dave promises the first music to be released under Tim’s name, describing his brother as “an amazing right hand man” and a “songwriting juggernaut”. It will make the younger Hause the latest of a cohort of brilliant artists to emerge from the Philadelphia/New Jersey folk/punk/rock scene.

“We would do it for free if we could, we love it that much. We have to charge a ticket price and an album price so we can live, and keep doing it. There’s a weird little sphere of us from working class backgrounds who would otherwise be framing houses and digging ditches if it wasn’t for rock and roll. We’re thankful for that, and hopefully we can deliver to people a thing that excites them as much as it excites us.” 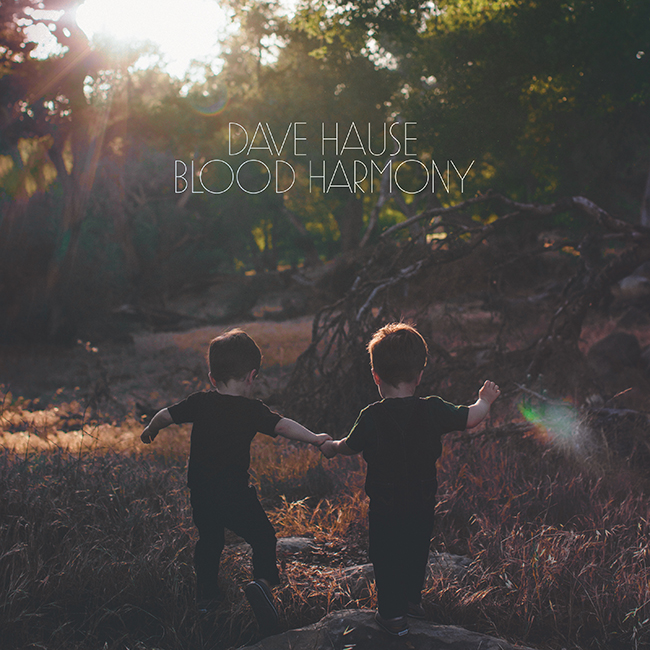 Blood Harmony Records and acclaimed Philadelphia-raised singer-songwriter Dave Hause are excited to announce Blood Harmony, Hause’s fifth and by far his most ambitious solo album to date due for release on October 22nd. Produced by...

In episode #56 of The XS Noize Music Podcast, Daniel Lynch catches up with American singer-songwriter Dave Hause to talk about his fifth studio album Blood Harmony. The album is an accomplished collection of tracks...

Larkin Poe – the GRAMMY Award-nominated duo that consists of Georgia-bred, Nashville-based multi-instrumentalist sisters Rebecca and Megan Lovell – are back with the ferocious new single ‘Bad Spell’ as well as its official music video.‘Bad...