Indisputably one of the most exciting breakthrough artists of the past year, Beabadoobee today announces details of her headline Belfast show at Oh Yeah Music Centre on Wednesday 29th September 2021. Beabadoobee recently announced the release date of her highly anticipated debut album Fake It Flowers, out October 16th via Dirty Hit. She has also shared her confessional new track ‘Sorry’, premiered by Zane Lowe on Beats 1, alongside the accompanying cinematic video directed by long-term collaborators bedroom.

About the new song, Bea says “Sorry is an apology, confessing my mistakes in friendship and watching someone who I love breakdown and fade away as a person. It’s the idea of dismissing something because it felt too close home and a personal reminder to never take for granted what that person could have had.”

Last month Beabadoobee shared the first single from her debut album, ‘ Care ’, which was premiered as Hottest Record In The World by Annie Mac at BBC Radio 1 and has since been streamed well over one million times.

Born in the Philippines and raised in London, Bea Kristi began recording music as Beabadoobee in 2017. At just 20 years old, Beabadoobee has built her huge, dedicated Gen-Z fan base with her flawless output of confessional bedroom pop songs and DIY aesthetic. Her first track, ‘Coffee’ gathered hundreds of thousands of streams in a matter of days, through a fan-uploaded video, and has since taken on new life as a sample in Powfu’s TikTok and worldwide chart-dominating hit.

Earlier this year Bea took to the road on a UK arena tour with labelmates The 1975, including two sold-out shows at London’s O2 Arena. The end of 2019 also saw her tour the US with Clairo, headline the sold-out Dirty Hit Tour and release her acclaimed third EP Space Cadet, the follow up 2018’s Dirty Hit debut Patched Up and her stardom cementing Loveworm. Her highly anticipated debut album Fake It Flowers is out on October 16th. 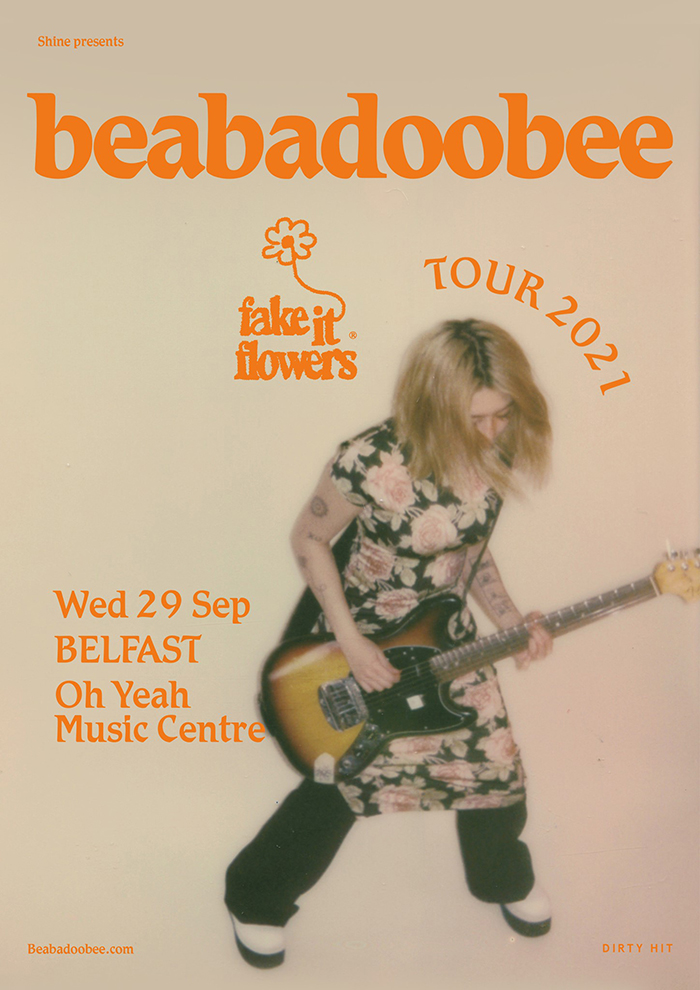 Tickets on sale Friday at 9 am from www.ticketmaster.ie and all Ticketmaster outlets.

NO ROME releases second EP, ‘Crying in the Prettiest Places’

No Rome has released his second EP, ‘Crying in the Prettiest Places’, which is available now on Dirty Hit. With the striking video for ‘Pink’ also unveiled – following acclaimed returning track, ‘Cashmoney’ – No...

UK singer-songwriter and composer, Tom Rosenthal is pleased to announce a headline Belfast show at Voodoo on Friday 08th May 2020. “Hello! My name is Tom Rosenthal, and despite having 5 albums to my name...

UK indie pop band Blossoms has announced a Belfast headline show at The Limelight 1 on Wednesday 28th November 2018. Blossoms released their second album ‘Cool Like You’ through Virgin EMI on the 27th April...