Ashley McBryde is lauded by The New York Times as “an alluringly flexible singer, fluent in classic country, blues and Southern rock, with a voice that moves easily from tender to tough.”

Tickets on sale Thursday 18th March at 9am www.ticketmaster.ie 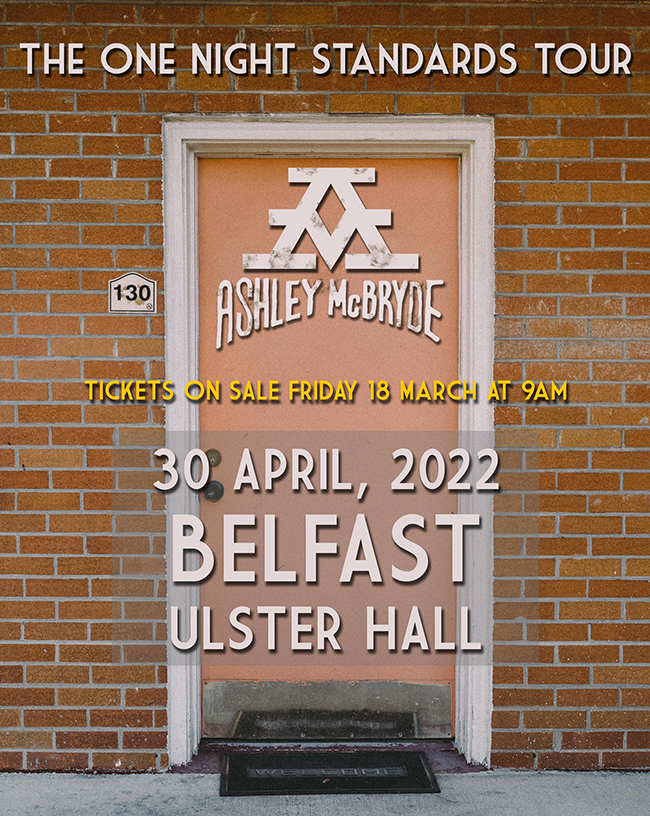 UK alternative rock/pop band LIFE is pleased to announce a headline Belfast show at McHughs Basement on Thursday 05th December 2019. The band is made up of the founding members of Tomorrows Bad Seeds, Moises...

“Rebel Rebel” The David Bowie experience are pleased to announce a Belfast show at The Limelight 2 on Friday 21st June 2019. "Rebel Rebel" are a 6 piece (nine piece for larger gigs) David Bowie...

Ricky Warwick has released ‘When Life Was Hard And Fast, ’ his first solo record in five years. For the process of recording the album, Ricky was joined by Robert Crane (Bass), Xavier Muriel (drums)...