Irish indie pop three-piece True Tides are playing a Belfast show at Voodoo on Saturday 13th April 2019. Formed in 2017, True Tides is the intrepid pop project of Cian, Conor and Eoghan MacSweeny, three brothers from Cork, now living in Dublin. Through a reasonably simple set-up of drums, guitar, bass, electronics and vocals, they create bold and expressive guitar music that’s at once shamelessly catchy and sneakily complex. Mark Millar caught up with True Tides ahead of their Belfast show for a chat. 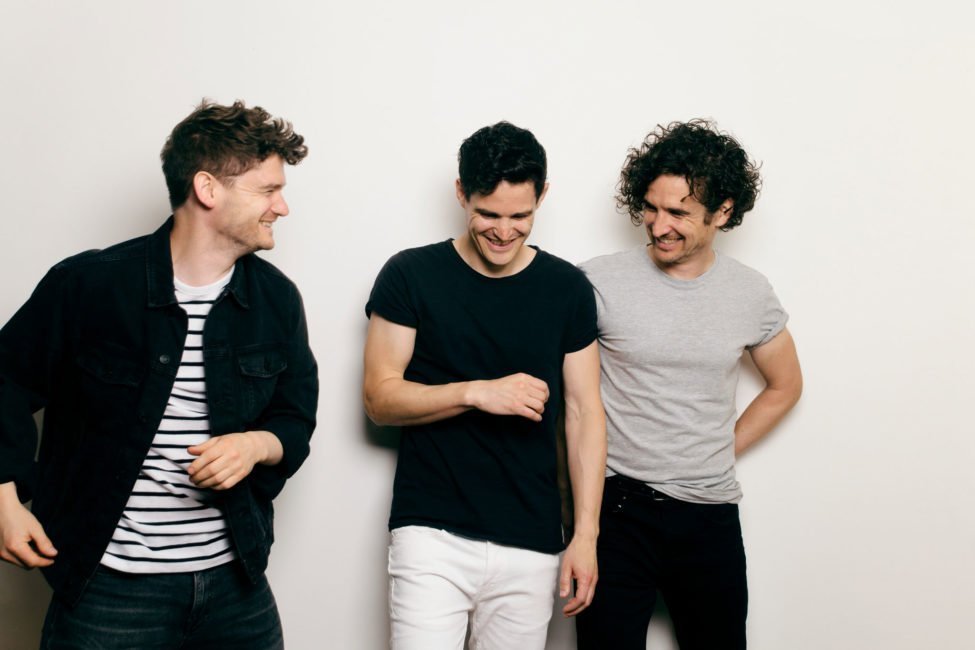 True Tides are three brothers, why did you decide to form a band together?

It all started with our parents! The three of us are brothers so we grew up together in Cork jamming in our family home for hours on end as kids. We went our own ways for a while playing in bands with our friends but we always knew we’d do something together, which eventually led to True Tides kicking off with our first show in January 2018.

Where does the name ‘True Tides’ come from?

We grew up in Cork city near the river Lee and the Atlantic Ocean not far away, so we always had an affinity for the water. As kids, we were either rowing, surfing or swimming so I guess that’s where the 'Tides' connection comes from. When it comes to our music and the lyrics, it all comes from an honest place formed through our own experiences and thoughts so that’s where 'True' comes from. (Also, alliteration!)

We have a very broad range of musical influences which probably stems from growing up in a very musical household. As kids we went through the Cork school of music where we studied everything from classical to Jazz, add that to our own more contemporary tastes in artists spanning from Prince to Radiohead to Drake & The 1975. But that’s just a small cross-section of the music we listen to.

True Tides recently released your single ‘The Answer’. I hear you are recording your debut album. How is it coming along and when will it be released?

Yeah, we’re really happy with how ‘The Answer’ was received! We’re writing loads at the moment. We have a couple of singles pretty much ready to go, so we’ll probably release one of those in the near future and are aiming to release a bigger body of work soon after. The songs seem to be flowing right now which is exciting and they all feel like they fit nicely together so I reckon an album won’t be too far off.

Who is producing the album?

So far we have been releasing singles and have worked with someone different for each one. It’s been great to work with different producers as each one brought something unique to the tracks they worked on and helped elevate them to a higher level. As a band, we also bring a lot to the table as regards sound and production before we bring it to someone else, so I guess that’s how the tracks still hang together as True Tides while still working with varying producers, so we may work like that for the album itself.

What is the band’s songwriting process?

The process varies, but usually, I would write the bones of a song and then the rest of the band would get involved bringing their own ideas to it like a riff, a beat or arrangements. Some songs start off with just a beat which inspires music around it or it could be a chord progression or sound that triggers a melody and a lyrics and the song develops from there.

True Tides originates from Cork but you now live in Dublin. Do you think there is a healthy music scene in Dublin at the moment?

Dublin has a thriving music scene and you're spoiled for choice with music venues here. Pick any week and there’s either a great local or international act playing a show in the city. I think the scene is bubbling at the moment with great artists spanning different genres so it’s an exciting time.

You played your first gig as True Tides in January 2018 at arts and mental health festival First Fortnight, how did that go?

It was an honour to have our first show as True Tides at First Fortnight. It was also a crucial deadline for us as a band because we had only 3 songs written by the time All Tvvins booked us for the show! It provided the fire to get a full set written in a relatively short space of time and it really paid off. The reaction was incredible and kicked off a buzz that led to us playing supports in The Olympia three times in the space of a few months and tours with Delorentos and the Coronas (Including a mind-blowing show at a sold-out Ulster Hall!)

True Tides are playing a Belfast show at Voodoo on Saturday 13th April 2019. Are you looking forward to playing to the always ‘up for it’ Belfast crowd?

We are super excited about this tour and all the dates we’ll be doing around the country, but we keep talking about the Belfast show! We’ve been lucky enough to play Belfast three times so far including a show with Delorentos, Output Festival and that incredible show with The Coronas at Ulster Hall. The crowds in Belfast have blown us away, they are just so into their music and really get involved at a show which is always exciting as a band to experience.

How do you find being a new band in today’s music climate?

The music climate is constantly shifting and changing these days for a multitude of reasons and in some ways that has made it harder for bands to make living, however, many barriers have also been broken down for musicians, with streaming and social media making it a lot easier to connect with an audience that’s into your music. The fact that you can make music from your laptop anytime and anywhere you want has also made it a much quicker and affordable way to get your music and ideas out there and so I think it’s a really exciting time.

I think the last album I bought was by Tom Waits which I love, but I pretty much listen to all my music on streaming services now so it’s hard to say who I would have the most albums of. If I was to go by listens it would probably be Prince or The 1975, or maybe Radiohead… it’s so hard to choose!

I’ve been listening to loads of Francis and The Lights over the past year or so and it still sounds fresh to me. Start off with the beautiful ‘Friends’ from him… I’ve also been listening to The Blue Nile’s album ‘Hats’ a lot lately, it’s an incredibly emotive and cinematic album from the late 80’s that I’m not sure could exist in the current music climate, so it’s quite refreshing to listen to.

The Script took a sold-out SSE Arena on a visually stunning, sonic experience, with the incredible Becky Hill Supporting, our Photographer Conor Kinahan was there to capture the night. © Conor Kinahan © Conor Kinahan...

Long regarded as an exhilarating live act, Paramore has spent much of the past decade-plus on the road, with highlights including sold out headline arena tours and show-stealing festival sets around the globe. Paramore has...

Legendary rockers STATUS QUO are coming back to reclaim their position on the live circuit – with a brand new tour. The ‘Out Out Quoing’ Spring Tour in 2022 will stop off at The Waterfront...