1 Love, Hope, Help! A Day In The Life and War Child Presents Heroes will be released by War Child Records – the charity’s recently launched independent record label. All proceeds from the releases will fund War Child’s life-saving work.

By simply choosing to listen to this unique collection of music you are making a difference to the lives of children affected by conflict.

1 Love was originally released in 2002 in partnership with the NME to celebrate 50 years of the seminal music mag and 50 years since they printed the first singles chart. Artists were asked to pick their favourite number one track to cover and this resulted in an album produced by Spike Stent which saw an incredible roster of talent record a wonderful array of songs.

Muse added their trademark space rock to The Animals 1964 chart topper House Of The Rising Sun, Elbow paired back Thunderclap Newman’s Something In The Air giving it the low-fi garage treatment and The Prodigy chose childhood heroes The Specials to pay tribute to. The result was a full throttle, dark, brooding rendition of Ghost Town.

A year later, in 2003, War Child teamed up with The Daily Mirror to respond to the Iraq war and the increasingly desperate situation facing the country’s children. In just three weeks some of the biggest artists around contributed new material, exclusive tracks and cover versions to create the Hope album.

Some standout moments were created - George Michael, who had publicly spoken out against the Iraq War, contributed a beautiful cover of Don McLean’s The Grave - a song he first heard as a 7-year-old written in protest to the Vietnam War and perfectly captured his sentiments about the Iraq crisis. New Order followed on the same theme adding their stamp to Jimmy Cliff’s 1969 classic anti-war song Vietnam. Paul McCartney donated an alternate rendition of ‘Calico Skies’ – including a poignant verse about the futility of all wars, whilst David Bowie recorded the Metro Mix of ‘Everyone Says ‘Hi’’ exclusively for Hope before the album was wrapped up by Yusuf / Cat Stevens who recorded his first pop song for 25 years with a new version of his 1971 hit ‘Peace Train’ with South African choir the Incwenga Singers.

War Child marked the 10th anniversary of the HELP album, which was recorded in a single day, mixed mastered and in the shops five days later, by dialling up the speed of recording and releasing. As such Help! A Day In The Life once again asked the cream of British music to record a track in a single day, but this time the album was released for download just 24 hours later, becoming the fastest album ever.

Bands rallied to deliver tracks from all over around the world, Damon Albarn cancelled a flight to China so Gorillaz could record their track, ‘Hong Kong’. The Kaiser Chiefs recorded a cover version of ‘I Heard It Through the Grapevine’ whilst on tour in Berlin, Chris Martin recorded a new vocal and lyrics for ‘How You See The World No. 2’ from New York and Tuarweg musicians Tinawiren sent in Cler Achel from Paris.

Elbow recorded a new song ‘Snowball’, which Guy Garvey described as dealing with his outrage at the UK involvement in the Iraq conflict and a significant contribution came from Sudanese rapper Emmanuel Jal, a former child soldier and refugee who donated the track ‘Gua’. Alongside The Manic Street Preachers and Radiohead, John Squire also returned from the original HELP album to design the cover of Help! A Day In The Life which also features a cover of Goodbye Yellow Brick by War Child patrons Keane and illustrations from Paul Smith and Duncan Lloyd of Maximo Park.

Some legends selected one of their all-time classic standards like Stevie Wonder’s ‘Superstition’, covered by Estelle, and Blondie’s ‘Call Me’, covered by Franz Ferdinand, others selected favourite tracks that deserved to be rediscovered such as Scissor Sister’s exhilarating version of Roxy Music’s ‘Do The Strand’ -not originally released as a single in the UK- and Lily Allen’s stunning take on The Clash’s ‘Straight To Hell’ featuring backing vocals and guitar from Mick Jones, which was originally the B-side of ‘Should I Stay, Or Should I Go’.

Now, these albums are available to stream for the very first time. Every stream or download will be directly supporting the lives of children in horrific situations due to war. Like the children of Afghanistan, where right now 18.4 million people are desperately in need of humanitarian assistance – over 10 million of these people are children. War Child has been directly supporting children in Afghanistan since 2002 and our work has never been more important to support children and they families when they need us most.

Help! A Day In The Life - https://WarChild.lnk.to/Help-ADITLSo

1 Love, Hope, Help! A Day In The Life and War Child Presents Heroes have been cut by Geoff Pesche at Abbey Road to be put onto limited release vinyl for the very first time. Available for pre-order now on 12” vinyl in classic black, yellow (independent record store exclusive) and red (D2C exclusive) from all good retailers or from the War Child Records online store which also features a core range of merchandise including t-shirts, hoodies, sweatshirts and caps.

“We are delighted to make this fantastic collection of music available to a new generation of fans and get these incredible songs, donated through the generosity of the artist community, raising vital funds for War Child’s life saving work again. There are some amazing tracks that haven’t been heard for decades like George Michael’s version of ‘The Grave’ that we’re incredibly proud to put up on DSPs and out on vinyl for the first time. The need for War Child’s work has never been greater, we’re on the ground in Afghanistan where children are in ever more urgent need of food, hygiene kits and psychological first aid. By taking the time to listen to these songs on your favourite streaming platform or pre-ordering the vinyl you can help make a difference.” Rich Clarke, Head of War Child Records 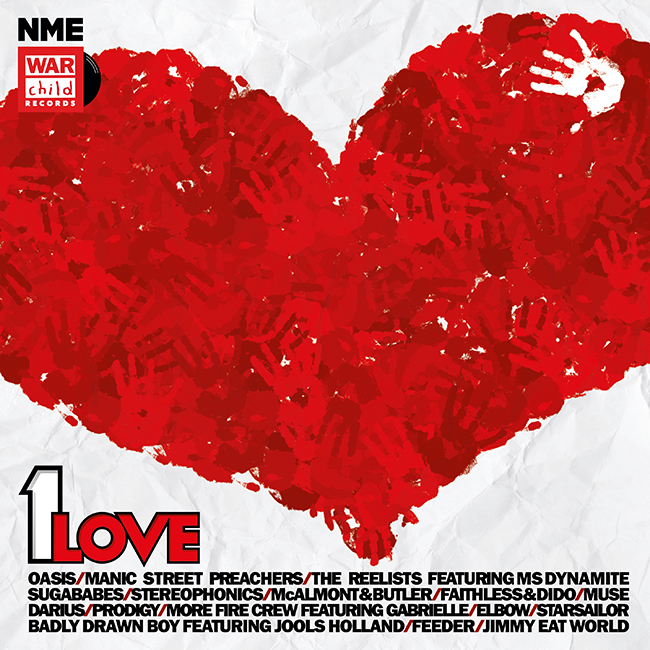 Starsailor – All Or Nothing

Feeder – The Power Of Love

Muse – House Of The Rising Sun

Stereophonics – Nothing Compares 2 U

Faithless and Dido – Dub Be Good To Me

Elbow – Something In The Air

The Reelists ft. Ms Dynamite – Back To Life (However Do You Want Me)

Manic Street Preachers – Out Of Time

McAlmont and Butler – Back For Good 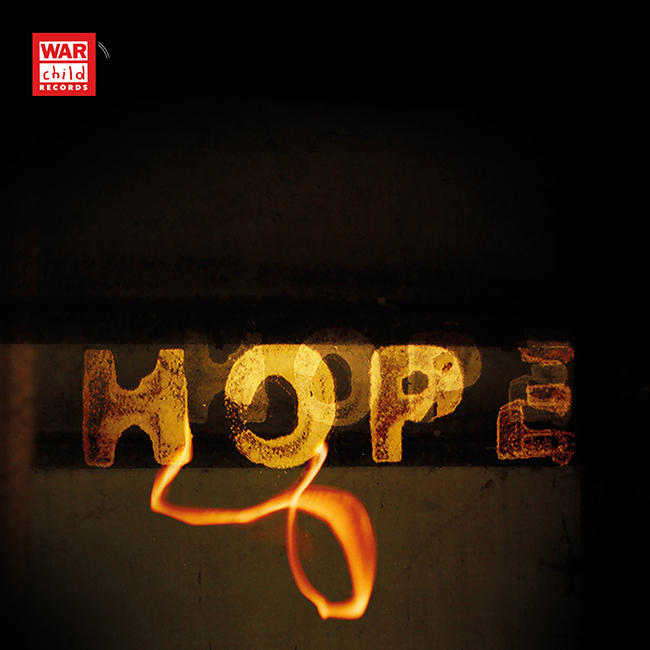 Ronan Keating – In The Ghetto

The Charlatans – You Gotta Have Peace 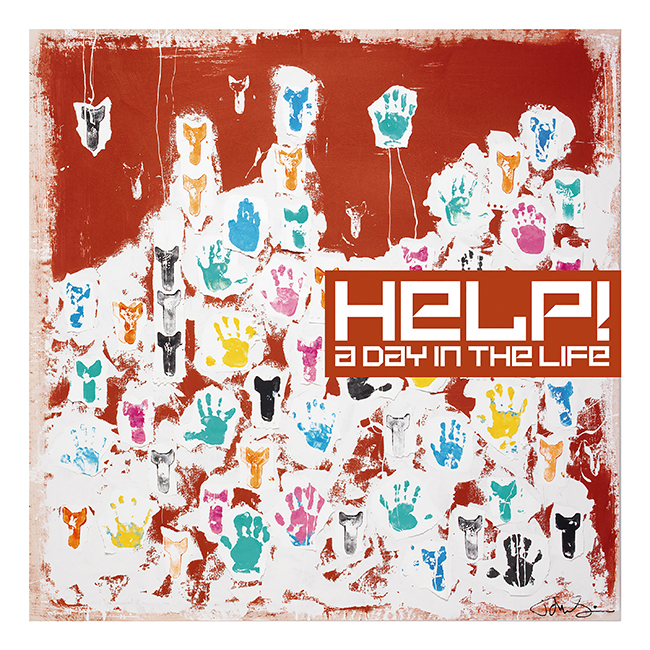 Help! A Day In The Life track listing:

Coldplay – How You See The World No. 2

Radiohead – I Want None Of This

Kaiser Chiefs – I Heard It Through The Grapevine

The Magic Numbers – Gone Are The Days

The Coral – It Was Nothing

Babyshambles – From Bollywood To Battersea 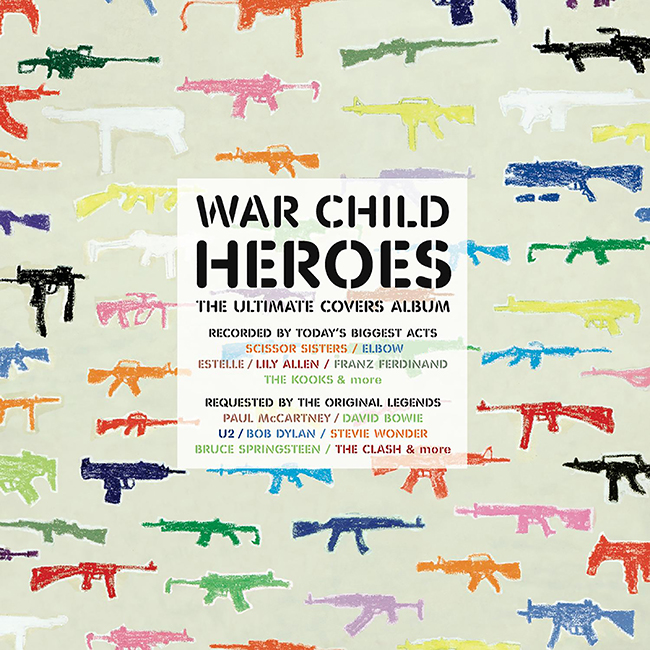 Scissor Sisters – Do The Strand

TV On The Radio – Heroes

Since 2009, at around the same time as The Brit Awards, large and acclaimed artists including, Ed Sheeran, alt-J and Rag 'n' Bone Man have played in small, intimate venues raising vital funds and awareness...

Last year XS Noize had great pleasure in reviewing BRITs Week who together with O2 has brought some of the renowned acts including Ed Sheeran, alt-J and Enter Shikari who blew away the 500 capacity...