Indie-Rock Singer-Songwriter Quarry releases a New Animated Music Video for the second single “Everything And It's Opposite”, taken from the album "Super Arcade", out everywhere via Lowfieye. Quarry portrays the paradoxes of this age through important figures in history as if they were alive today.

They act weird to adapt themselves to the modern society, doing the opposite of what is expected of them. The directors Vincenzo Campisi and Francesco Quadri created a surreal video with beautiful visuals and illustrations to emphasize the sarcastic mood of “Everything And Its Opposite”.

Check out the exclusive XS Noize premiere of “Everything And Its Opposite” - BELOW:

A warehouse filled with old pinball machines and arcade games where a musician installed a recording studio and threw himself into writing songs and running sound experiments. That’s how "Super Arcade" was conceived. A very special environment to make a very special record. This place inspired the title and set the mood for the new album of the London-based indie-rock singer-songwriter and multi-instrumentalist Vittorio Tolomeo, also known as Quarry now.

“For a musician, a place to make music is a continuous journey in unexplored galaxies, it's freedom, it’s shelter,” explains Quarry. “Making the record in such a strange place was necessary to stop time and detach myself from the unnecessary things of this age. I realized that I wanted to express the value of awkwardness. When I think about the invasion of bloggers of nothingness, talent shows, false myths and ephemeral notoriety, I get comfortable with being out of place and out of time.”

On this album, tracks like "Everything And Its Opposite" and the titular cut create a surreal picture of digital monopolies and their algorithms which influence every aspect of our existence, while "Haters Online" and "Firefighter" target social media and the border between virtual and real. Elsewhere, "Man With The Scars" pays tribute to David Bowie, and the visionary ballad "Sweet Alien On Creamy Skis" celebrates those who still believe in a (real) turning point on the road to peace on the planet. But no matter how heavy or sarcastic a subject is, the music is infectious throughout, combining slashing guitars, distorted bass lines and steady beat with melodic hooks, because Quarry is a firm believer that a right 3-minute song can change someone's life, and you can’t go wrong with an alternative pop-rock confection, if it’s deliciously dirty and punchy. On most of the "Super Arcade" numbers, Quarry played all the instruments, but he’s going to return to the stage to perform with his band in various European venues in the Spring and in America in the Summer. 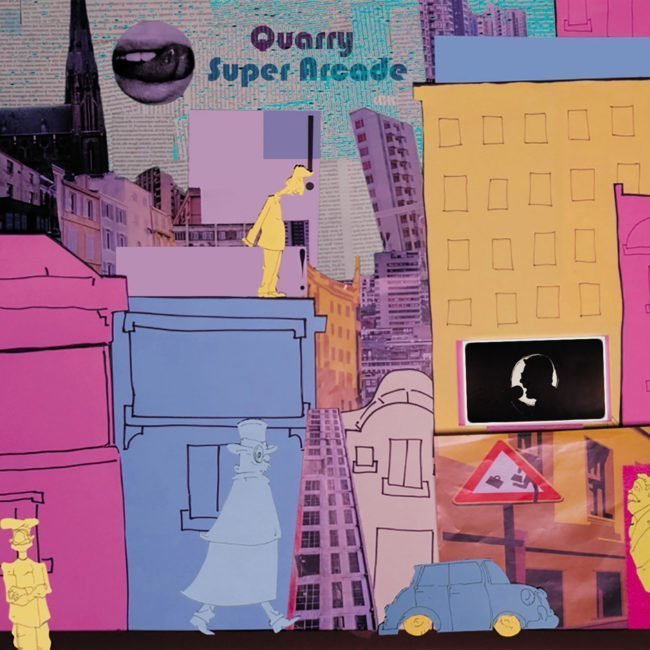 Vittorio Tolomeo debuted as a solo artist in 2010 with "Prize Day" (Morada Records/Audio Fidelity), which lent its title to the future Quarry’s ensemble, PRIZEDAY. The band released an album titled "Apps Will Grow Like Feathers" through New Zealand’s Do It Records in 2014 and toured across Europe and in the U.K., where the collective not only played to the crowds of The Great Escape Festival but also opened a number of Arthur Brown's concerts. Their short film “War Zone” including five songs of the album was showcased at Cannes film Festival.