“Missing Piece” is the first taste of new music from Vance Joy in three years, and follows on from his recent collaboration with fellow superstars Benny Blanco and Marshmello on “You.” Written virtually during a COVID lockdown with Joel Little (Taylor Swift, Khalid, Lorde), “Missing Piece” was inspired by people all over the globe being separated from their loved ones during the COVID-19 pandemic and is a song for our times.

“’Missing Piece’ is a song about being separated from someone you love,” Vance says. “It can be tough but when what you have is good you know that these separations are just small stuff; you’re both holding the line. It’s about the stillness you find when you are together. I wrote it with Joel Little on a zoom call. I’m a big fan of his great songwriting and production. I think we tapped into something that’s relatable given so many people around the world have been separated recently due to restricted travel.”

“Missing Piece” arrives with a charming, playful video from Melbourne based director Annelise Hickey and sees Vance Joys love going to extreme lengths to deliver him his forgotten lunch. Watch BELOW:

2021 has already seen Vance Joy teaming up with superstar producers Benny Blanco and Marshmello for the recent single, “You,” which proved an immediate hit upon its arrival earlier this year, reaching the top 20 on both Billboard’s “Alternative Airplay” and “Rock Airplay” charts while earning critical acclaim from such national publications as Rolling Stone, which declared it to be “a sweet and uplifting bit of pop-rock that finds Joy crooning over Blanco and Marshmello’s horn-inflected production.”

Vance Joys blockbuster second studio album, Nation of Two, made a remarkable chart debut upon its February 2018 release, entering the SoundScan/Billboard 200 at #10 while also making a top 5 arrival on the “Current Album Sales” chart. Fueled by such RIAA gold-certified hit singles as “Lay It On Me” and “Saturday Sun,” the album has since earned more than 500 million worldwide streams as well as Australia’s ARIA Music Award for “Best Adult Contemporary Album.” 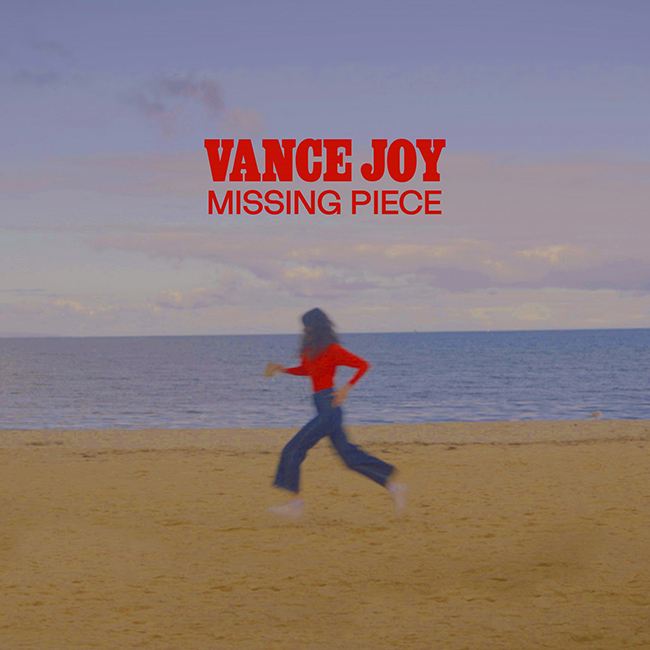 Hailed by Entertainment Weekly for its “piercing vignettes of young love and emotional restlessness,” Nation of Two in turn followed Vance Joy’s RIAA platinum-certified 2014 debut album, dream your life away, highlighted of course by the 6x platinum-certified worldwide megahit, “Riptide.”

Known as a charming, celebratory live performer, Vance Joy has lit up audiences around the world on a string of sold-out headline tours as well as special guest turns on stadium runs by avowed fans like Taylor Swift and P!nk. 2018 saw the release of Live at Red Rocks Amphitheatre, recorded earlier that same year at the historic Colorado venue during the acclaimed Australian singer-songwriter’s epic “Nation of Two World Tour.”