Recorded in spring 1981 during a break on the Boy Tour, Fire was originally released as the first single from U2’s second studio album ‘October’ in July of that year, with J Swallow as the B-side.

This 40th-anniversary picture disc vinyl edition features both Fire and J Swallow on Side A, plus two live recordings of Fire on Side B. The first is from Werchter Festival in Belgium in July 1982, the second is taken from a BBC recording at the Hammersmith Palais, London in December 1982. All tracks have been newly remastered. 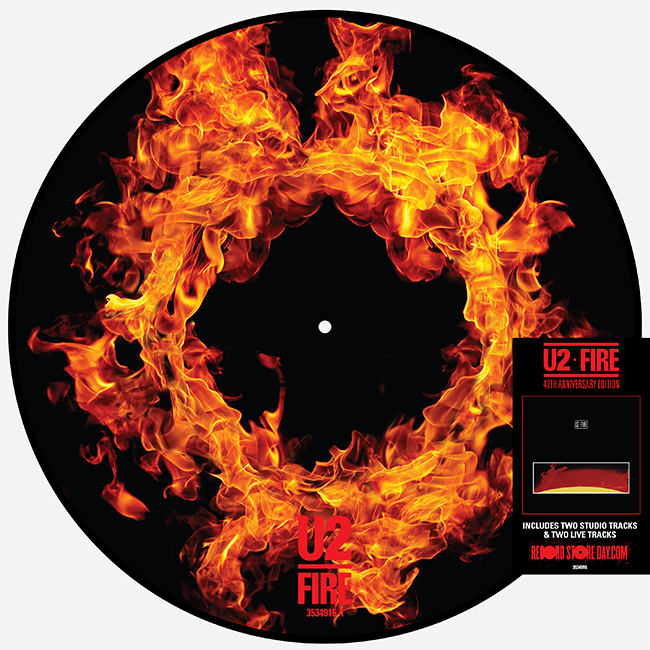 Fire is available exclusively at participating independent record stores on Saturday 12th June. For a full list of stores, visit www.U2.com and https://RecordStoreDay.lnk.to/Stores

Today The Creators Project premieres Irish director Aoife McArdle’s Every Breaking Wave, a short film based on the U2 song of the same name. Set on the streets of early 1980s Northern Ireland, the film […]

U2 REVEAL CONTROVERSIAL ALBUM SLEEVE FOR ‘SONGS OF INNOCENCE’

U2 have officially revealed the album cover for the physical version of ‘Songs Of Innocence’ on U2.com. The visuals reflect the new songs and their inspiration in the early years of U2 as teenagers in […]

Broken Fingaz Crew, the fearless Israeli graffiti collective whose provocative, groundbreaking and often disturbing fluorescent sketches were among the first street art in their native Haifa, have directed U2’s new video for “Get Out Of […]