International psychedelic funk-rock band Jamila & The Other Heroes premiere their single, ‘Khalas! The Umbilical Chord’ exclusively with XS Noize today. Following the single will be the full-length album Sit El Kon (The Grandmother of the Universe) on 31 January. Their track, ‘Abu Dub’ from the upcoming album has already appeared in the Apple Music Mostakella playlist for Arabic indie music and they have amassed over 56 000 plays and counting.

Based in Berlin but coming together from a variety of different backgrounds, Jamila & The Other Heroes bring influences from the Middle East, Latin America and Eastern Europe. The message of the band is simple: “All of us can be Heroes! Let’s discover our superpowers and make the world a better place.“ The frontwoman of the outfit embodies this with biblical beginnings. Born on the day the Berlin Wall came down, Jamila Al-Yousef went on to study Politics and History in London with a focus on the Middle East at SOAS while also exploring Contemporary Music at LCCM. More than just a love for music drives the band as they aim to set an example for emancipation and empowerment for women of colour in the music industry.

Jamila & The Other Heroes merge psychedelic rock with elements of funk and Arab folklore. To achieve their unusual sound, they take inspiration from a variety of musicians including Yasmine Hamdan, Altin Gün, Novos Bahianos, and Led Zeppelin. While totally unique, their resulting sound sits close their influences with Nai Palm, Hiatus Kaiyote, Fugees, My Baby and Led Zeppelin themselves springing to mind.

Listen to ‘Khalas! The Umbilical Chord’ - BELOW:

‘Khalas! The Umbilical Chord’ explores the concept of proximity and distance dynamics in families. Without focussing on the positives or negatives, the track explores a realistic side to both, while dishing out generous helpings of enigmatic, semi-abstract art-rock. Constructed of parts from all over the world, Jamila & The Other Heroes wash ethereal folk melodies in a cauldron of jangling guitars and strapping vocals.

Speaking of the track, Jamila & The Other Heroes tell us, "Khalas is Arabic and means “It’s enough!”. The song talks about the struggle to find the right distance and closeness with your beloved family and tries to get to the bottom of family love. It describes the deep wish to be loved unconditionally by the ones who brought you into life. And as we are seeking their acceptance, we also want to feel accepted by society”. 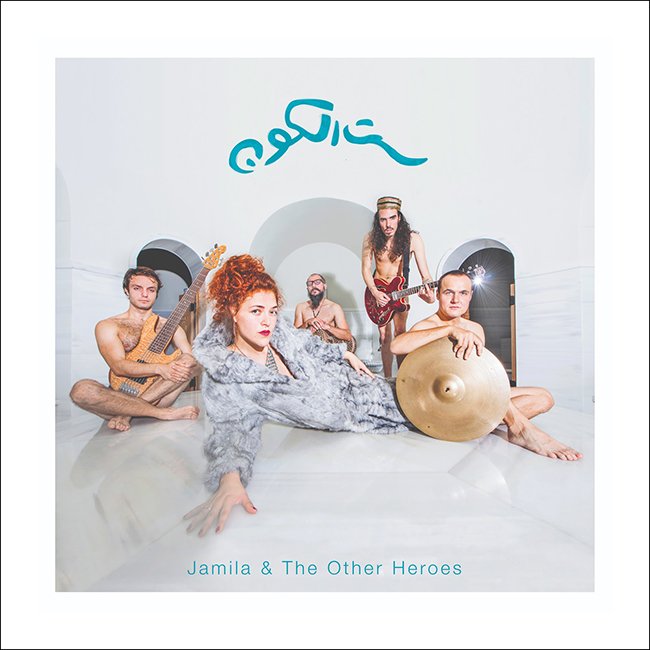 Sit El Kon (The Grandmother of the Universe) LP tracklist: