Today Carlisle’s The Lucid Dream announce the release of their fifth album, The Deep End due out 2nd April on Holy Are You Recordings.

With the announcement, comes the release of lead single “CHI-03” which gives the album its first sucker punch moment. A track born out of listening to late 80s hip hop records on a loop before allowing the 303 to take on the co-lead vocal role, alongside the sampler. A beat designed to make people move, with enough Lucid sonics to stamp the band’s signature. The track was recorded in March 2019 and the speech samples within almost pre-empt the horror and hatred that unfolded in both the USA and UK in the latter stages of 2019 onwards.

Frontman Mark Emmerson explains, “CHI-03″ was the first track that I wrote for what would be the new album, and was written before ‘Actualisation’ was released in autumn 2018. It was the first track on which I used the SH-01a synth as well as a recently acquired sampler.” He continues to say “As a band, we nailed it within a day of rehearsals in spring 2019, from a writer’s perspective hearing the force of the track as a 4 piece was overwhelming. Sheer Power. It was also the first track that we recorded for the new album. We have said between us recently that it is surreal that the track and samples particularly (as well as the prominent 80s hip hop influence) are based around issues that have reared their ugly head again since.”

Following on from 2018’s album Actualisation, the new album builds upon the acid house influences of the former but ventures into many new paths. Hip hop, techno, drum ‘n’ bass and other ‘genres’ sneak into the creative palette whilst also staying true to the band’s mantra of throwing the rule book out of the window, as far as ‘boundaries’ are concerned.

The album was penned over the Spring of 2019; Roland 303/808 synths, bass and vocals were key tools for writing, whilst the Roland SH01a found its way onto the team sheet, as well as a sampler for the first time. The 11 minutes of “Coalescence” opens the album. Not a guitar in sight, a euphoric statement of optimism throughout. A track that belongs in a nightclub as much as the living room, and captures the exhilaration between the band and audience which is present at all Lucid Dream shows. “Leave Me In The Dark” takes a seven-minute journey that taps into places the band have been before. No mean feat when that is a melting pot of dub, drum ‘n’ bass, jungle and enough raw power to know that this is a Lucid Dream track.

Side Two kicks off with “Fight To Survive”. A beat belonging to 80s New York, keys more suited to the East Coast counterparts of the time, another statement. ‘It’s a campaign of hate, campaign of hate’. A song for 2019 onwards for sure. “Sunrise” then takes the album on another tangent. The Lucid Dream tapped into acid house on their previous album, Actualisation, but this track is acid/Balearic in its purest form.

“High and Wild” closes the album. The nine minutes within do not share the optimism and ‘highs’ displayed in the 35 minutes prior but do not suffer any for it either. The most conventional and only guitar-based song on the album, this track won’t be found near a dance floor. More suited for the days after, when the highest highs bring the real lows. What goes up comes down and sometimes those moments bring with them the most beauty.

The band’s previous album, Actualisation was released in 2018 and continued their musical development whilst becoming their most commercially successful record yet. The album made a dent in the physical Official UK album chart as well as gaining huge plaudits in the shape of legendary influence Andrew Weatherall (who included “SX1000” in his NTS summer mix) and BBC Radio 6 Music. Sold out UK headline dates coincided with the band being selected as UK tour support to psych legends, Wooden Shjips. The album tour wrapped up with main stage support to New Order at Bluedot Festival. 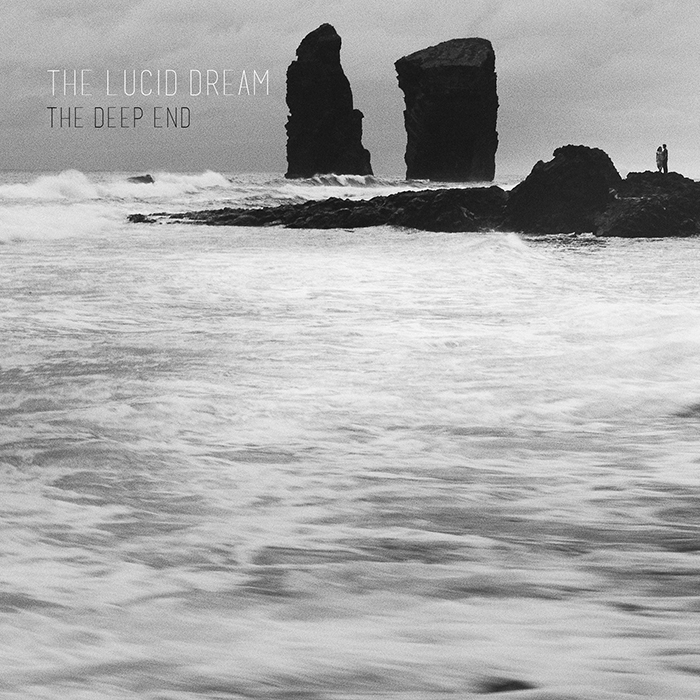 THE LUCID DREAM : NEW ALBUM OUT MONDAY – Listen to track

The Lucid Dream’s 2nd album follows on from 2 hugely successful singles taken from the long player, ‘Moonstruck’ and ‘Unchained’, both released in 2014. Between them the singles gained support from BBC Radio 1, 2 […]

Carlisle’s quartet, The Lucid Dream return in October with the release of their fourth album, Actualisation on 19th October. Driven by fans raising £10,000 to help replace all equipment robbed after a Paris show in […]

Compulsion Songs is the 3rd album from Carlisle’s The Lucid Dream. Rather than bathe in the critical acclaim of their recent 2nd album, The Lucid Dream are quick out the blocks, venturing into pastures new […]