A biography based on Super Furry Animals has been released this week. The Rise of the Super Furry Animals, written by music journalist Ric Rawlins, has hit stores. Rawlins, formerly digital editor of Artrocker, will document the story of the Welsh rock band's rise to iconic status. The book, acquired by publishers The Friday Project, will tell the story of the band's time signed to Creation Records.

It will also cover their lavish marketing campaigns, which included equipping an army tank with a techno sound system and making plans to convert an aircraft carrier into a nightclub. Fans have already taken to Twitter to post their pix of the book. Ric Rawlins will be at Rough Trade tonight to sign copies. 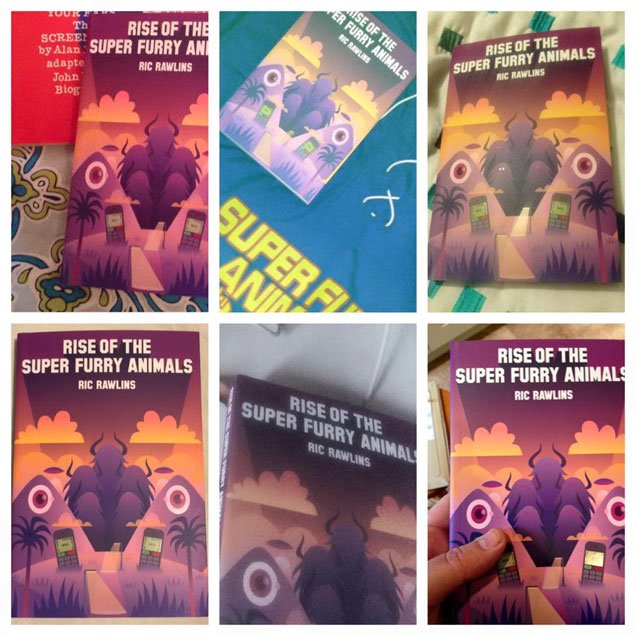 Lead singer Gruff Rhys said of the book: "Revolutionary, crazed and beautiful musical events and conversations that originally happened through the medium of a cracked youthful version of the Welsh language in the mid-nineties are presented here for the first time in quality English.

Never known to pull political punches as individuals, the unbowed voices of Cian Ciarán and She Drew The Gun’s Louisa Roach combine, as pantomime turns from farce to tragedy in the hands of politicians, to...

Promising to raise smiles and plenty of eyebrows Super Furry Animals have authorised the release of perhaps their least likely musical homage after digging deep into their trove of rarities to mark the 20th anniversary...

Remastered BBC session recordings of the legendary Super Furry Animals, covering their emergence in 1996 to the period of major label excess of the early noughties, are being released by the band in remastered form across a deluxe...