Blur will return on April 27th with The Magic Whip, the band’s first new album in 12 years. The Magic Whip marks the band’s eighth album to date and first since 2003’s Think Tank. The news is especially surprising given Damon Albarn’s recent proclamation that he was “in the process of reactivating” Gorillaz for a new studio album in 2016.

As recently as July 2014, Albarn downplayed the prospects of a new Blur album, explaining that a recording session in Hong Kong ended prematurely due to the weather. “Sometimes, if you can’t do it all at once, it dissipates really and I don’t know what I’d sing about now with that record,” Albarn explained. “There’s some great tunes on there, but it may just be one of those records that never comes out.”

The recordings, which began during a five-day break in touring in Spring 2013 – at Avon Studios in Kowloon, Hong Kong – were put aside when the group finished touring and returned to their respective lives.

Last November, Graham Coxon revisited the tracks and, drafting in blur’s early producer Stephen Street, he worked with the band on the material. Albarn then added lyrics and the 12 tracks of The Magic Whip are the result. 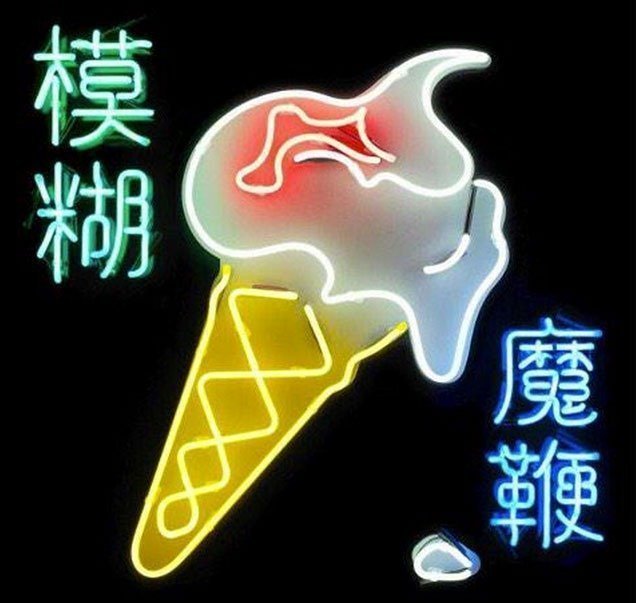 The above image was teased in The Sun this morning, who claimed it’s the sleeve to a new album from a “massive band, more than a decade after their last full studio release.” They also added their last album was released in the Chinese Year of the Goat – that’s 2003, the year the band unleashed ‘Think Tank’ on the world. There’s been tonnes of speculation online the text on the sleeve translates roughly in Mandarin to “blur magic whip”.

Watch lyric video for new track ‘Go Out BELOW:

Blur – Under The Westway on MUZU.TV.

Check out this weeks ‘Vinyl Five for Monday 27/04/2015’, The essential vinyl you should own this week, carefully selected by Kenny Murdock from Belfast’s best vinyl record store ‘Sick Records, Belfast‘.     A Girl […]

The debut original soundtrack score from Graham Coxon – to accompany Channel 4/Netflix series ‘The End of the F***ing World’ – will be released as a digital download on 26th January, ahead of a vinyl […]

New World Towers is the new documentary film on Blur, spanning the last few years of the band’s life. Directed by Sam Wrench, it records the genesis of the latest album “The Magic Whip”, from […]