Suede return with the announcement of Autofiction, their ninth studio album, due for release on 16th September 2022 via BMG. Tonight, Suede will debut the brand new single ‘She Still Leads Me On’ live on stage at a headline performance in Belgium at Brussels’ Cirque Royal. Fans can live stream the performance HERE from 20:20 BST. Following a premiere on Steve Lamacq’s BBC 6Music show this afternoon, the new single is available to listen to now, BELOW:

As Suede began work on the songs that would become Autofiction, they decided to go back to basics. In a move that recalled their most formative days, Brett Anderson, Mat Osman, Simon Gilbert, Richard Oakes and Neil Codling schlepped to a rehearsal studio in deserted King's Cross to collect a key, hump their own gear, set up and start playing.

"Autofiction is our punk record. No whistles and bells. Just the five of us in a room with all the glitches and fuck-ups revealed; the band themselves exposed in all their primal mess."

Autofiction was recorded live at Konk Studios in North London with long-time Suede collaborator Ed Buller. Ed first worked with the band producing their debut single ‘The Drowners’, which sees its 30th anniversary this month.

Listen to ‘She Still Leads Me On’ - BELOW:

If 30 years ago ‘The Drowners’ was a rattling anthem for the blurred sexuality and vivacity of unusual youth, then Autofiction’s grappling with concerns of a different point in life sound no less vital. “Autofiction has a natural freshness; it's where we want to be,” says Brett Anderson. And where Suede want to be is, in a way, the same place as they were when they began 30 years ago – a group of people living off the raw sensation of creating music together in a room. “When we were rehearsing and writing this record it was this sheer, physical rush. That thing where you're hanging on for dear life,” says bass player Mat Osman.

The first single, ‘She Still Leads Me On’ is the track that reconfigured what the album could be. A beautiful song written from Brett to his late mother. As its title suggests, Autofiction is one of Anderson’s most personal records yet. Reflecting on the process of writing acclaimed works of memoir Coal Black Mornings and Afternoons With The Blinds Drawn helped Brett get a newfound perspective on himself as a performer and singer in the public eye, much of which has bled into the lyricism of Autofiction.

As well wanting to write a reaction to 2018’s UK Top 5 charting album The Blue Hour, which was every bit as sharp as the jump from the grandiose Dog Man Star to Coming Up, after two acclaimed documentaries (Mike Christie’s The Insatiable Ones for Sky Arts and BBC Four’s Rock Family Trees), along with approaching the 30th anniversary of debut single ‘The Drowners’, Autofiction is Suede looking forward as they enter the fourth phase of their existence.

Following the release of Autofiction, October 2022 will see two special intimate shows at London’s Electric Ballroom, with more live activity soon to be announced. Electric Ballroom tickets are on sale from 27th May at www.suede.co.uk with a fan presale beginning 26th May. 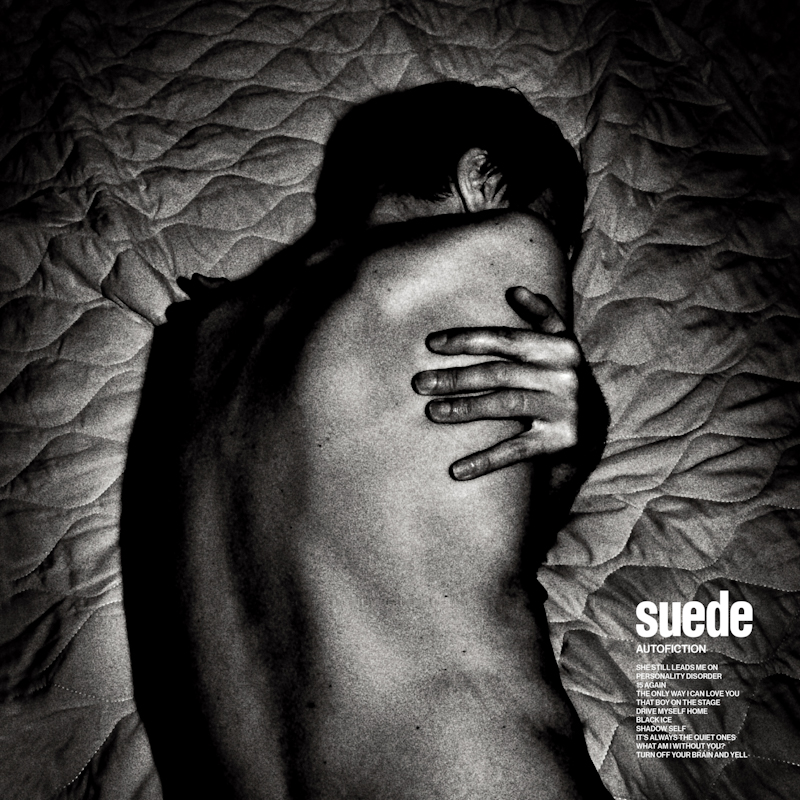 She Still Leads Me On

The Only Way I Can Love You

That Boy on the Stage

It’s Always the Quiet Ones

What am I Without You?

Turn off Your Brain and Yell

For Suede's latest live outing, Irish fans are treated to a show of two halves, a cinematic experience and an energetic live performance on the same night. Barely visible glimmers of the static band appear...

To celebrate twenty five years since it’s foundation, designers of iconic sleeves by the likes of Oasis & The Verve, Microdot will be holding an exhibition of works from 1990 to present day. The exhibition...