October Drift has shared the acoustic video for their new single, ‘Oh The Silence’, the latest track to be taken from their debut album Forever Whatever, out now via Physical Education Records.

Utilising the vibrant acoustics of a public toilet, the video is an evocative and atmospheric interpretation of the original, with pared-back guitar tones and passionate vocal harmonies resonating to immersive effect.

The track is the latest to be taken from their newly released debut album, Forever Whatever. Opening with the powerfully fragile ‘Losing My Touch’, an ode to optimism in the face of inadequacy, the album explores themes of loneliness, fear and ultimate positivity over ten tracks of sonic exploration and emotional catharsis.

Check out ‘Oh The Silence’ – BELOW:

From the brooding ‘Cherry Red’, a stark contrast of spacious ambience and affronting walls of sound, the album moves through the driving, lyrically elegiac and vastly textured ‘Just Got Caught’ into the beautifully melodic and infectious ‘Milky Blue’, with evocative vocals set against a surging, reverb-drenched soundtrack.

A juxtaposition of calm and chaos, the album’s title track ‘Forever Whatever’ combines volatility with hushed verses, a meditation on emotion that moulds faults and fears into positivity, before closing track ‘The Past’ provides a euphoric conclusion, with an intensely layered sonic landscape highlighting an infectious mantra of hope.

Formed from the fruits of a solid foundation built over years of touring and writing, Forever Whatever cements the band’s place as an important new presence, with their heavy, pop-inflected rock delivering a rejuvenating injection of fresh blood to the genre. 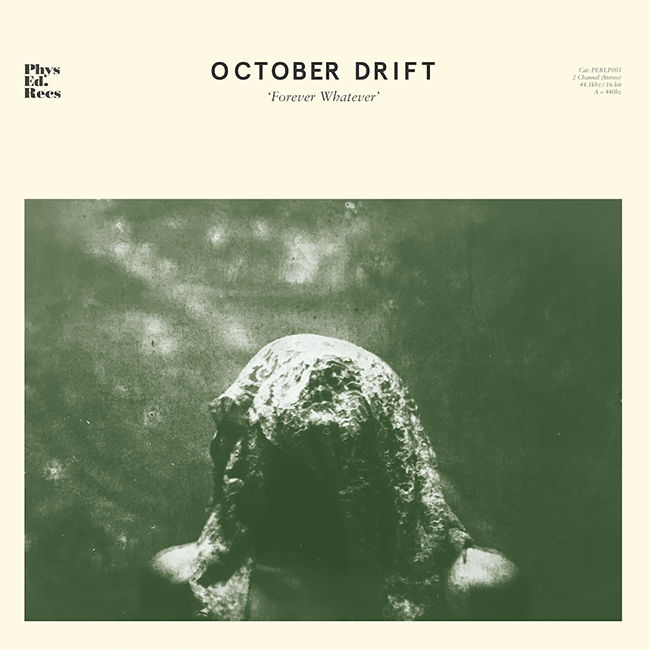 One of the most electrifying, charismatic and formidable live acts of the past two years – with appearances at festivals including Glastonbury’s John Peel stage, Reading & Leeds and The Great Escape, as well as a major European tour with Editors in 2018 and a slot at Liverpool’s Sound City – the band will embark on a ten date headline tour following the album’s release, including dates in Manchester, Glasgow, Brighton and London throughout February. Full dates can be found below.

Tickets are on sale now and available here.

TRACK OF THE DAY: OCTOBER DRIFT – LOSING MY TOUCH

October Drift announce their debut EP Stranger Days for release via Scruff Of The Neck Records on March 25th, with a subsequent UK tour beginning with a sold-out show at Manchester’s St Phillips Church. Lead […]

Newcomers October Drift have shared their atmospheric new cut ‘Still Here’, a powerful, swirling soundscape that see’s the four-piece towering at their epic best yet. Their forthcoming debut EP Stranger Days is due via Scruff […]

October Drift have announced their new acoustic EP, Naked, out on November 6th via Physical Education Records. The band have also shared ‘Like The Snow We Fall’, the first single to be taken from the […]