Grammy Award-winning rock band Muse will release their long-awaited ninth studio album, Will Of The People, on August 26th via Warner Records.

Of the album, Muse frontman Matt Bellamy says, “Will Of The People was created in Los Angeles and London and is influenced by the increasing uncertainty and instability in the world. A pandemic, new wars in Europe, massive protests & riots, an attempted insurrection, Western democracy wavering, rising authoritarianism, wildfires and natural disasters and the destabilization of the global order all informed Will Of The People. It has been a worrying and scary time for all of us as the Western empire and the natural world, which have cradled us for so long are genuinely threatened. This album is a personal navigation through those fears and preparation for what comes next.”

With Muse being Muse, there is NO bowing to any singular genre. The album’s title track “Will Of The People” brings playful provocation to a dystopian glam-rocker while there is an innocence and a purity to the nostalgic electronic textures of “Verona.” From the visceral thrill of “Won’t Stand Down,” to the industrial-tinged, granite heavy riffs of “Kill Or Be Killed,” or the lightning-bolt rush of “Euphoria,” the album concludes with the frenetic finale of the brutally honest “We Are Fucking Fucked.”

On the band’s new single “Compliance,” Bellamy says, “‘Compliance’ is about submission to authoritarian rules and reassuring untruths to be accepted to an in-group. Gangs, governments, demagogues, social media algorithms & religions seduce us during times of vulnerability, creating arbitrary rules and distorted ideas for us to comply with. They sell us comforting myths, telling us only they can explain reality while simultaneously diminishing our freedom, autonomy and independent thought. We are not just coerced, we are herded, frightened and corralled to produce a daily ‘2 minutes of hate’ against an out-group of their choosing and to turn a blind eye to our own internal voice of reason & compassion. They just need our Compliance.”

“Compliance” is immediately addictive, embellished with sleek synths and elements of off-kilter alt-pop. As Bellamy sings, “We just need your compliance / You will feel no pain anymore / No more defiance / Just give us your compliance,” the crashing of the drums and intermittent bass cause the song to swell with power. The accompanying video (directed by Jeremi Durand and shot in Poland) was inspired by the film ‘Looper’ and follows three children wearing masks destroying their future selves in order to escape a dystopian and oppressive world.

Watch the video for 'Compliance' - BELOW:

Will Of The People was produced by Muse. Key collaborators include mixing on eight tracks by the multiple Grammy Awardwinner Serban Ghenea; mixing from Dan Lancaster on “Won’t Stand Down,” and additional mixing on “Kill Or Be Killed” from Aleks von Korff; 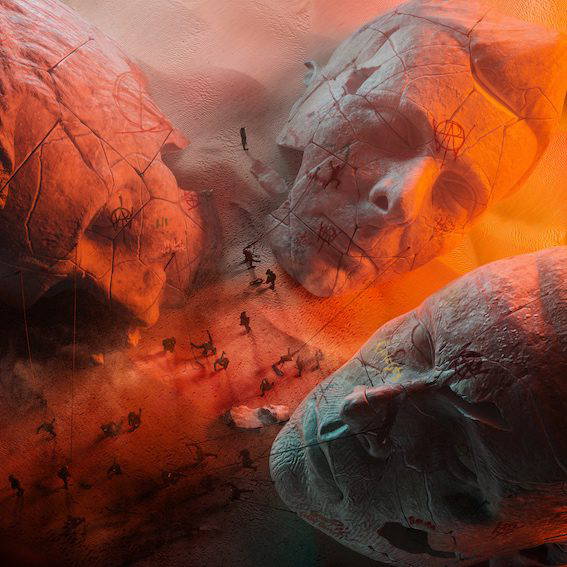 Muse is Matt Bellamy, Dominic Howard and Chris Wolstenholme. Their last album, Simulation Theory, debuted at #1 in multiple territories and marked the band’s sixth straight album to debut in the U.K top spot. Their previous studio album, Drones, went on to win a Grammy Award for Best Rock Album, the band’s second. Since forming in 1994, Muse have released eight studio albums, selling over 20 million units worldwide.

Will of the People tracklist:

1. Will Of The People

7. Kill Or Be Killed

10. We Are Fucking Fucked

In celebration of the 20th Anniversary of the band’s debut album Showbiz, Muse has announced the release of the deluxe boxed set Origin of Muse. This deluxe set will chronicle the band from their early beginnings in...

Muse have today released their new single Pressure, the latest track from their upcoming album Simulation Theory. The brand new album is due for release on November 9. Continuing their collaboration with director Lance Drake, this video also...

Muse have today announced the Simulation Theory World Tour. The first date kicks off on February 22nd in Houston, Texas, and will see the multi-platinum-selling rock band headlining venues across the U.S., Canada, UK, and Europe (more to...