This November sees the 50th Anniversary of the North American release of the original The Man Who Sold The World album. The rest of the world would have to wait until April 1971 to witness Bowie’s landmark entry into the 1970s. Originally titled Metrobolist, the album's name was changed at the last minute -- the original stereo master tapes were in fact labelled Metrobolist, with the title The Man Who Sold The World being added subsequently.

The 2020 re-release of the album under its Metrobolist moniker, remixed by original producer Tony Visconti, it is preceded by the digital single release of ’The Man Who Sold The World (2020 mix)’. The track was not released as a single by Bowie at the time, only appearing as the B-side to Life On Mars? on RCA Records in June '73., It wasn't until the 1974 version by Scottish singer Lulu (produced by Bowie and Mick Ronson) that the song gained mainstream attention. In subsequent years, Bowie’s 1979 performance of the song on Saturday Night Live and Nirvana’s cover on the classic MTV Unplugged album, among others, would establish and reaffirm its status as one of his most beloved songs.

David performed the track live later in his career, including an electronic arrangement during 1995's Outside Tour (as featured on the live album Ouvrez Le Chien) and in an acoustic arrangement in 1996 for the recent Record Store Day release ChangesNowBowie.

The Metrobolist 50th anniversary artwork has been created by Mike Weller who was behind the originally intended album artwork. The gatefold sleeve also features many images from the infamous Keith MacMillan Mr Fish ‘dress’ shoot at Haddon Hall which would cause controversy when one of the shots was used on the cover of The Man Who Sold The World album in the rest of the world in spring of 1971.

For the 50th anniversary, the story of the gatefold sleeve can be told in full. As Mike Weller explains “There is a story concealed in the carpet-scattered playing cards, David has thrown a plain 52 card deck in the air as though “casting the runes” but in a significant break from 60s Tarot divinations such as I Ching he casts runes using a four-suit pack and switches man-dress, along with the Court Card of the Future from right hand to left, signifying a new decade and new cultural era.” This theme is continued via one of the unused ‘dress’ photos which makes up the packshot for The Man Who Sold The World (2020 mix) single. 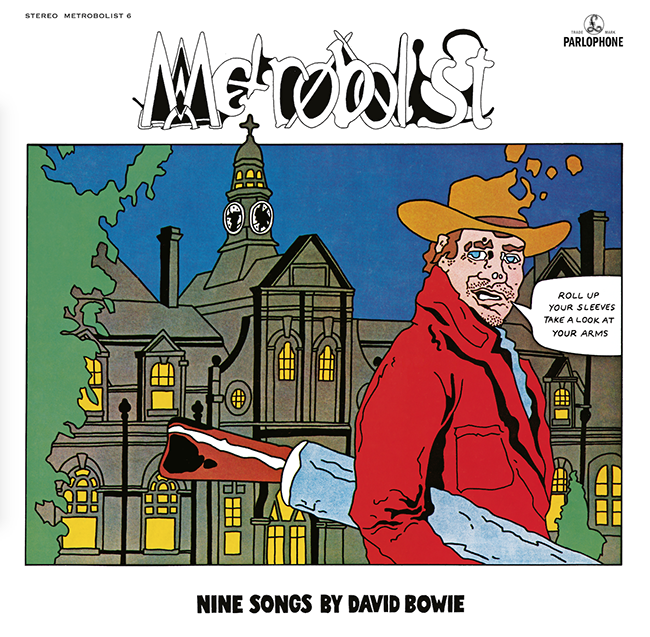 Whilst digital and streaming consumption of music itself is increasingly outmanoeuvring physical music sales; XS Noize has shown that the demand for music-related products from graphic novels to card games is increasing. XS Noize has...

The legacy of David Bowie’s death has been honoured with countless books, being chosen as the first solo artist to feature on an entire Royal Mail stamp set, having his own Trump card game and...

David Bowie has shared a 10-minute video of 'Blackstar' the title track of his forthcoming album due for release in January. The video by breaking Bad director Johan Renck, begins in space and gets crazy. There's...